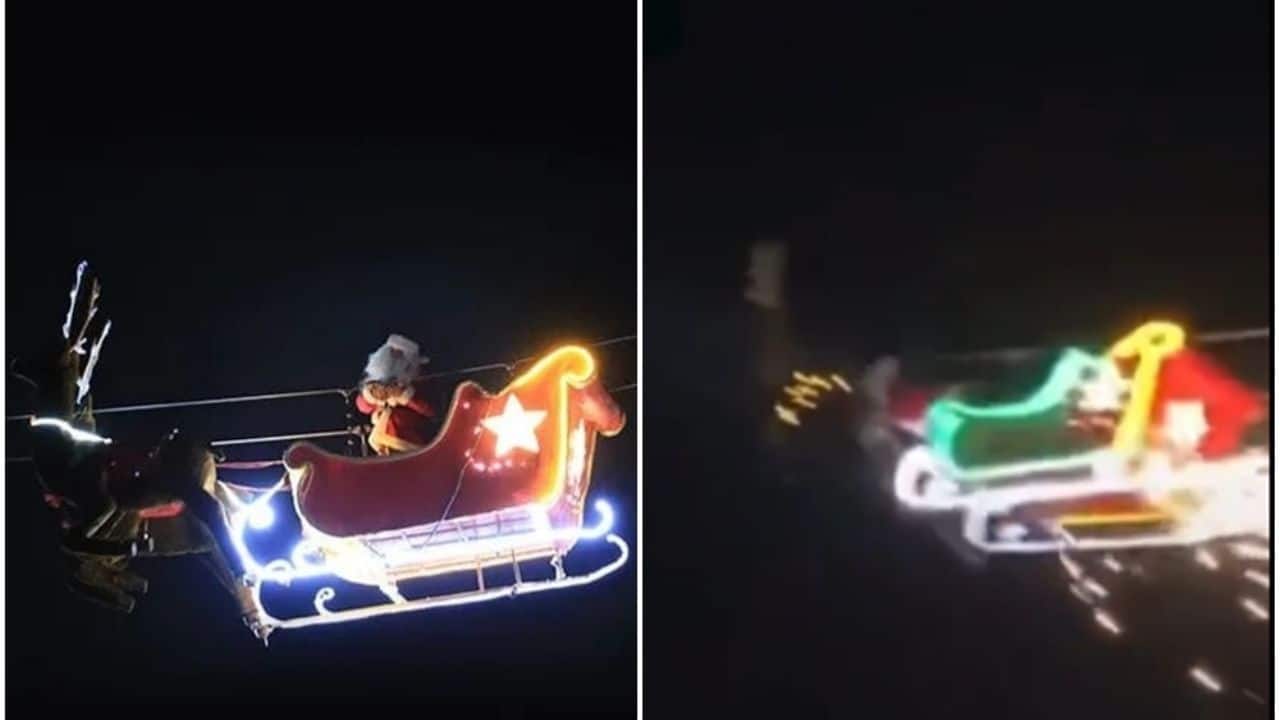 On the 15th and 16th of this month, the park in charge of the snow attraction inaugurated “Santa’s Flight”, a friendly visit from santa claus Ride your sled from end to end of the facility.

According to Samantha Olguin, Marketing Coordinator, Santa Claus And his sled presented no complications on his first flight.

However, in his second performance, Santa accidentally presses a safety brake, causing the sleigh to stop suddenly, nearly plunging him several feet.

Faced with this spectacular event, onlookers feared for the safety of the man in red, fortunately, his correct safety equipment (harness) was not with the adults.

samantha olguin It is reported that the Santa Claus impersonator is in perfect health and the company that was hired for the show is currently conducting necessary tests and taking extreme precautions.

Santa’s flights will continue as normal

Significantly, the shows to be held on 22, 23 and 25 December will not be cancelled.

Samantha said, “We invite everyone to the park to watch the show and enjoy the various attractions, we apologize to those who witnessed the incident and were scared, but mistakes and accidents are unpredictable.”