The cold does not stop, a new front will enter the north of Mexico at night 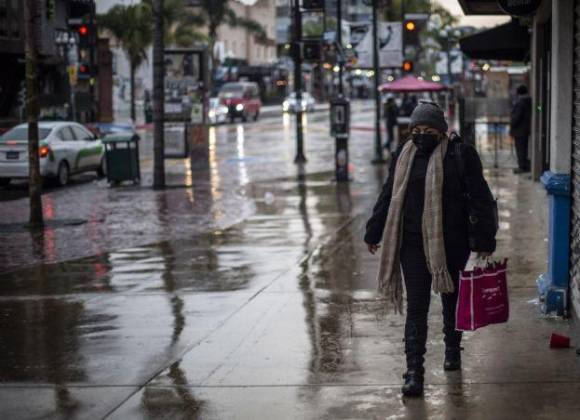 Michoacán and Guerrero between 35 and 40º and Nayarit, Jalisco and Colima with 30 to 35º Celsius will record the highest temperatures in the country.

The lowest temperature with frost will be felt in the hilly areas of Chihuahua, Durango, Coahuila and Nuevo Leon, with -15 to -10º centigrade; mountainous regions of Sonora, Tamaulipas, San Luis Potosí and Zacatecas with -10 to -5º Celsius; mountainous regions of Aguascalientes, Jalisco, Michoacan, Guanajuato, Queretaro, Hidalgo, Veracruz, Oaxaca, Puebla, Tlaxcala, Mexico State and Mexico CityWith temperatures that would be between -5 to zero degrees Celsius, with possible frost in the upper reaches of minus five degrees Celsius, Baja California, Sinaloa, Nayarit, Morelos and Chiapas.

May interest you: In Coahuila, they detect 69 daily cases of obesity during 2022

Regarding the wind and wave forecast for tomorrow, SMN reported that winds will blow from the north with a speed of 70 to 80 km/h in the morning. Winds 40 to 60 km/h along the Isthmus and Gulf of Tehuantepec, and along the coasts of Veracruz, Tabasco, Campeche, Yucatan and Quintana Roo,

Similarly, the forecast has indicated that a new cold front and its air mass will enter the northeast of the country at night, further strengthening the cold front into a very cold environment in the above region apart from north and east. Mexico,