The collapse of Zaragoza’s health centers into an emergency 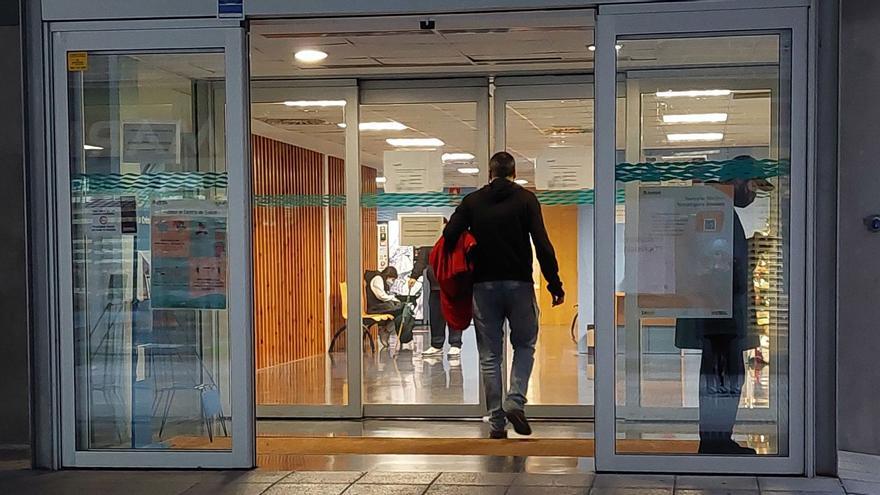 “We do not give more than ourselves” the phrase of a primary care professional summarizes what is being experienced these days in Zaragoza’s health centers that are Continuous Care Points (PACs). that is, those who Attend emergencies in addition to normal consultation hours even on Saturdays, Sundays and holidays, The reality is that, especially after these Christmas days, waiting rooms have “collapsed” with aA huge flow of patients, which in some PACs has exceeded 200 services, «Demand has been out of control for a long time, but now there is more and to this is added the shortage of professionals. If there are only two doctors from 5:00 pm to 8:00 pm during the week, then this thing is what it gives”, this doctor pointed out.

The Sagasta PAC, located in the heart of the city, had a holiday on January 2, which was attended by 245 people. On the same day, the number of patients in Las Fuentes Norte reached almost 200., while in the new year he notched up more than 200. Another primary school doctor explained to this newspaper, “The figures are insane, but the demand is also infinite because of the lack of health education, self-care and user awareness of the real cost.”

The Sagasta PAC, located in the heart of the city, had a holiday on January 2, which was attended by 245 people. On the same day, the number of patients in Las Fuentes Norte was close to 200, while in the new year they received more than 200 visits.

The accumulation of holidays, staff permits for Christmas or sick leave also affect the saturation that PACs are having, which does not see a drop in attendance figures “at any point” during the week. Also, the problem is that between 3:00 PM (when the consultation closes) and 5:00 PM (the time the PAC opens) patients are already clustereds. These are attended, without appointments, by two or three doctors who stop by once a week to cover this time slot. Is a period in which, at the same time, home consultations are also carried out, In which displacement takes more time.

«Only from 3:00 pm to 5:00 pm we already have about 40 consultations. There are two doctors and you also have to visit homes. After all, how do we all eat food in 10 minutes without stopping in the morning, doubling our friends??», this professional expressed surprise, while seeking to involve more employees.

In Las Fuentes Norte — PAC of reference during the week and on Saturdays for Rebolería, Torre Ramona and San José and for more centers on Sundays and holidays– A total of 52 attendances and two addresses were recorded from 3:00 p.m. to 5:00 p.m. last Tuesday (January 3). Later, in three hours of PAC, the staff treated 75 people.s. Figures change every day, but “never” go down. « On Saturday New Year’s Eve, from 9:00 am to 3:00 pm, 20 addresses were made, This staff is the one who has to attend to the patient face to face. In general a chaos, “said the doctor, who also asked” common sense “from the population.

Given the number of patients, there are those who prefer to visit the health center in advance and wait to be seen by the PAC team first. Professionals try to see everyone in a span of three hours and if necessary, they stay for a while, but they also There are situations in which patients are sent to the emergency room, “They are the most extraordinary because the premise is to take care of everyone,” says one doctor. consequently, The situation is taking a toll on hospitals, whose emergency services are experiencing a high peak in care. in these weeks.

Given this situation, it is not surprising that social groups, residents and health forums have Health sought to reopen some PACs that closed their doors in July 2021, Therefore, the Department of Health chose to centralize these evening emergencies to specific health centres, pointing to the lack of demand to close the rest.

On the other hand, one of the issues on the table in the restructuring to be done in primary care is integration of continuing care teams (those who work in the PAC) among the primary people, in such a way that the templates will work as a whole and not a team of independent professionals.