The death of Bob Dole: a look at the impression of Norm McDonald 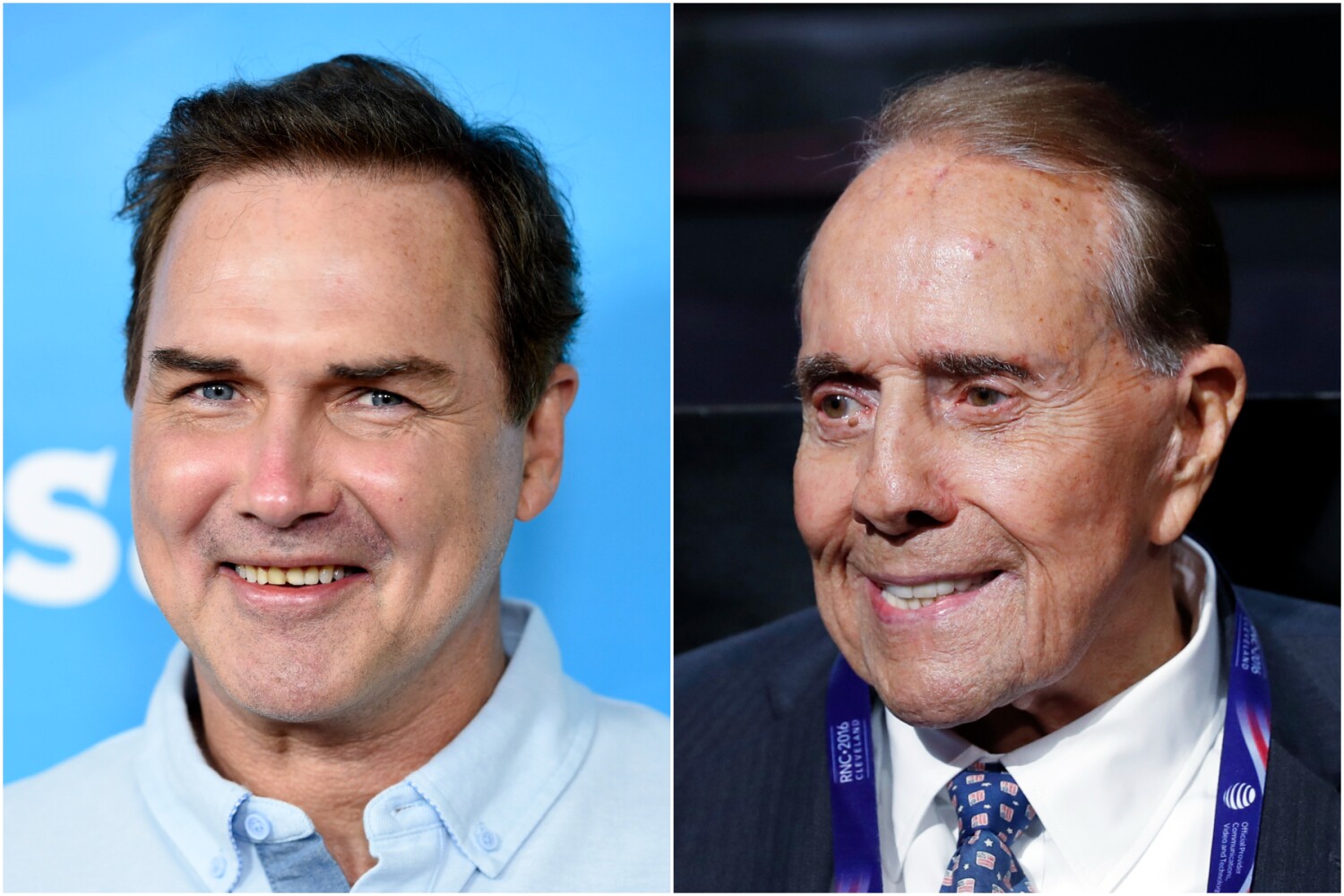 One of Norm McDonald’s most memorable twists on Saturday Night Live was his impression of Bob Dole, the 1996 Republican Senator and presidential candidate, who was not afraid to laugh at himself.

Before his own death, Dole paid tribute to the late MacDonald on social media by sharing a photo from the 1996 Saturday Night Live, in which the politician joined forces with a comedian (as Dole) for a sketch poking fun at his failed presidential race. campaign.

Posing as Dole in SNL, the frozen MacDonald often held tight to a pen or pencil and spoke of himself in the third person.

“Norm @normmacdonald was a great talent and I loved laughing with him on SNL” – WWII veteran. tweeted. “* Bob Dole * will miss Norm MacDonald.”

After his defeat as president in 1996, Democratic candidate Bill Clinton, Dole entered 8H Studios in New York to film a comedy sequence opposite his most famous impersonator.

Dressed in matching suits and ties, the two men exchanged meta-comments about their intertwined career paths. For example: MacDonald jokingly urged Dole to run for president again so he could continue playing with him on SNL.

“It would be good for meMcDonald said sarcastically during the segment. “Some help to keep you on the front pages, you know?”

“Well, trust me, Norm,” Dole said, “running for president doesn’t always keep you on the front pages, unless of course you jump off the podium.”

Dole then sarcastically thanked MacDonald for “noticing” when he famously fell on the trail of the presidential campaign – an unfortunate moment caught on camera and mercilessly ridiculed in Saturday Night Live in another sketch featuring MacDonald.

“I don’t write a lot of that,” said MacDonald, the sitcom writer, laughing.

During the cold 1996 opening that followed the podium incident, McDonald’s Dole fell off the stage repeatedly and abruptly, making comments such as, “I’m losing the lead like Bill Clinton in the polls.”

“It’s like Bob Dole is lifting off … the floor,” replied the disheveled Dole from McDonald’s.

Appearing on Conan O’Brien’s Evening Program in 1996, MacDonald speculated about the “cool” experience and “honor” of meeting Dole on the SNL set.

“He’s my hero,” MacDonald said to O’Brien at the time.

“He has been my hero for a long time. … Do you know what he did? He gave me his Purple Heart. You know, he has two Purple hearts. And so, as we did that, he hung a Purple Heart on my lapel, because he had one on the lapel. It was very touching. “