The deceased involved in the rally is 18 years old and the 19-year-old injured is undergoing surgery. 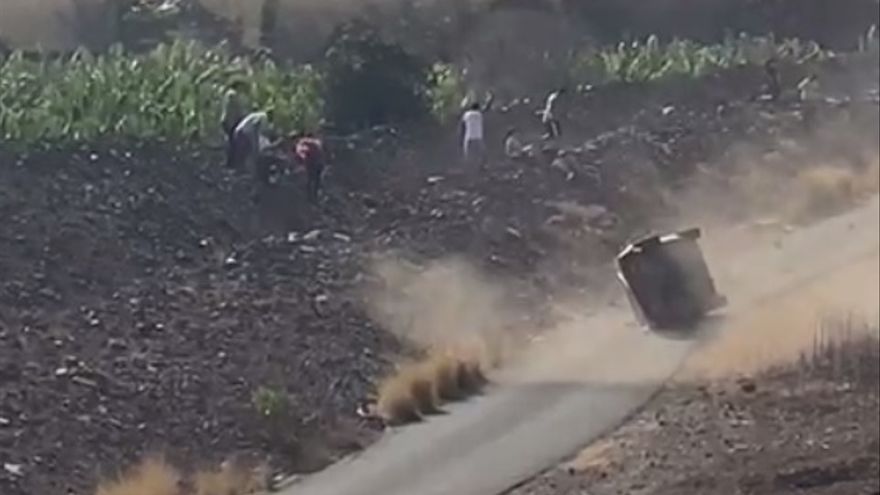 The young fan who died this morning after he was crushed by a car during the Rallye Comarca Norte de Gran Canaria, known as AGS, is 18 years old and another person has been injured in the accident, Another 19-year-old with initials JOS, is undergoing surgery in a hospital and, in principle, his life is not in danger, according to multiple sources related to the organization of the incident. When they were crushed, both were on a mound of earth By a vehicle that went off the road in the section of Galdar, at the height of Enzo.

The accident occurred at around 10:30 when vehicle number 44, a Toyota Starlet 1.3, was facing the final kilometer of the third special stage, starting at El Agazal and ending in the Galdar Valley. While rapidly descending, the pilot encountered a link between the right and left curves, lost control of the vehicle and veered off the roadClimb the ground about three meters high.

The couple sat at the top of the embankment, an area generally considered safe by fansWhen the car came over them and came over them, they were seriously injured. The vehicle also traveled several more metres, in which it was about to run over more spectators, and eventually overturned on the asphalt, causing no damage to the driver and co-driver from the passenger compartment.

The organization of the event immediately halted the section’s celebration and mobilized its medical resources, which were mandatory in each section. Similarly, the fans themselves notified the Emergency and Safety Coordination Center (CECOS) 112 of the Government of the Canary Islands, which in turn dispatched three ambulances, basic, sanitary and medical, from the Canary Emergency Service. However, upon reaching the earlier stage of them, The person in charge told them that medical resources are available from the organization itself to take care of the injured, As in 112. is reported by,

The two youths were taken to separate hospitals in Las Palmas de Gran Canaria, confirming the AGC’s death minutes later because of the severity of the injuries. for its part, JOS is having surgery for hip traumaAs specified by the sources.

The rally organized, as soon as the fan’s death was learned, proceeded to postpone the trial as a sign of condolence.