The desperation of the cows chasing the last drop of water 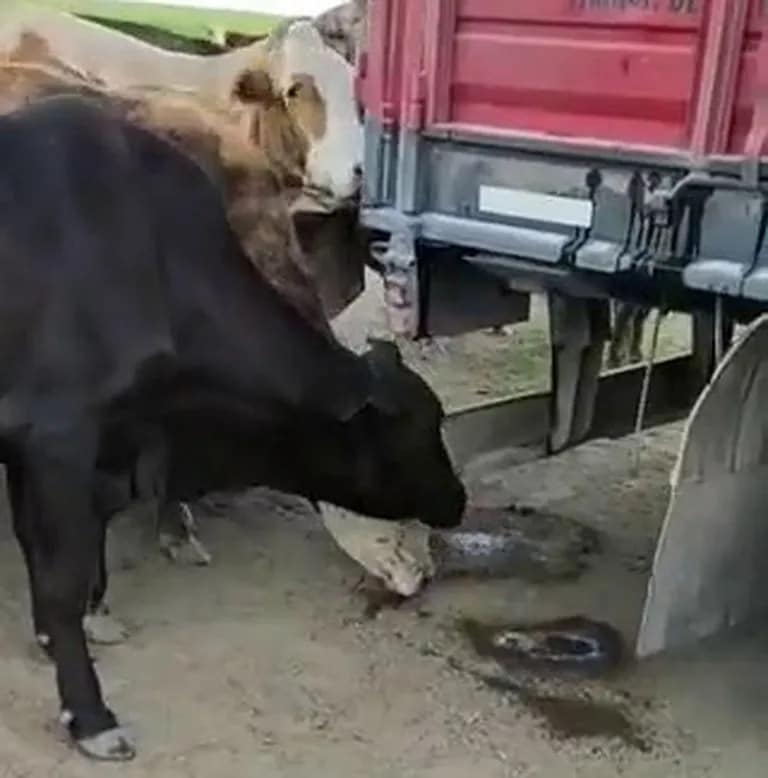 SANTA FE. – Not many words left. Amid drought in the north of the province, water is a precious resource and the animals themselves know it. For this reason, they run, lean and run as hard as they can, behind a truck that releases just a tiny drop of moisture.

“They try to absorb that moisture. They cling to it because they haven’t had water for weeks. Worst of all, producers know that thousands of their animals will die in 10 days if the water doesn’t reach them.” It’s one thing to say, to tell; it’s another to live it, to take trucks and to know what falls off the trailers after the tanks are unloaded. Why? Because they The animals have been living for weeks under the scorching sun, with average temperatures above 40 degrees, without grass and water. Look around you: there is no ravine, no stream, no lake; There is no water in anything”, producer Juan Capozzolo, a well-known cattle producer, in his explanation Obtain and south of Chaco, in Besail.

Different videos show how animals drink water from the drippings of trucks carrying plastic tanks containing clean and fresh water. It occurs in the northern center of Vera Department, from the city of Fortin Olmos, 326 kilometers north of this capital, to the border with Chaco Province. By one estimate, small producers in that area alone lost about 2,500 animals.

“We, as northern entities, never stop expressing and affirming our solidarity in deeds. The truck that delivers these tanks of water to the most needy farms goes day and night as often as possible. But this is not enough. That’s why when they see that the truck has arrived, the animals come and after drinking when there is no water left, they keep licking the place where the water has spilled., Desperate to see what happens,” Capozzolo insisted in the conversation Nation. The manufacturer added a fact to take into account: “We’re talking about the skinny rodeo, with no strength, who can’t even stand up. In that case, they can’t even get on the truck to be taken away.”

Another issue that goes unnoticed is to mention the quality of water that can be obtained in that area. “With three years of drought, with rivers, streams and lagoons practically dry, if you want to find water below the surface you need to know that in the first layers it is salt water and with arsenic. It is not used to quench the thirst of animals, much less for human consumption. But we have been hearing that many people say why not drill a few meters and get water for the dying animals. It is spoken without knowing it, unfortunately,” he explained.

Experts say that the last rain that fell 15 days back was not more than 10 mm on an average. Then, with drought and evaporation due to high temperatures, the effects of such precipitation were lost in just 36 hours.

In addition to describing the situation as “very dangerous”, the producers advised that “many people do not understand that a year’s drought can be tolerated; but three, as has already happened, is very It is difficult”.

“There are 145 producers who practically lost their rodeo. Some remaining animals are being removed. Hopefully, as they say, the drought will start to ease in the coming weeks.”told.