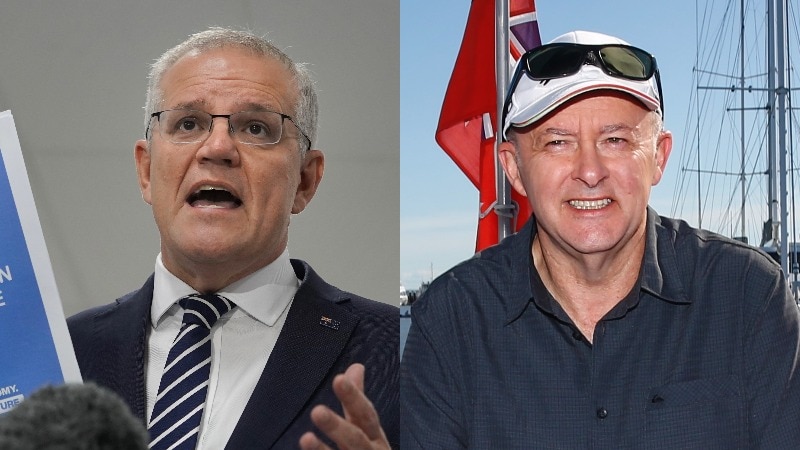 Today brings the end of Week Five, and confirmation that the Prime Minister has reached the bargaining phase in the crushing 360-degree employee review that this campaign has become.

These moments are never easy to witness. Here’s how it happened.

In the at-risk Victorian Liberal electorate of Chisholm, whither the PM had repaired to fiddle with motherboards at a tech factory and wax lyrical about the Member for Chisholm, Gladys Liu, in front of an underwhelmed-looking cohort of lab-coated employees, The PM assumed the position for his daily press conference.

Sky News reporter Andrea Crothers — part of the traveling media pack well accustomed to the PM’s fondness for avowing what “Australians know” to be true — slipped in a diabolically simple question.

“Prime Minister, isn’t part of your problem that you keep telling them what they know, rather than listening?”

Now, asking Scott Morrison a question is easy. Getting an answer is harder. And more often than not, you get the answer to the question the PM would have liked you to ask, rather than the one you actually did.

And in this case, he started out by explaining that Australians know him for his strength and decisiveness during the pandemic. A classic interview manoeuvre from the “What’s my weakness? Oh, I guess it’s probably that I’m a workaholic” job interview school.

But having started talking, he somehow couldn’t stop.

“I know [that] Australians know I can be a bit of a bulldozer when it comes to issues,” he confided.

For a man who loves to be photographed hard-hattedly astride various pieces of heavy machinery, the revelation that to some extent he actually identifies as a vehicle feels… significant.

But it didn’t stop there, either.

“As we go into this next period on the other side of the pandemic, I know things that are going to have to change with the way I do things,” Mr Morrison continued.

For the entire time he’s been in office, Mr Morrison’s entire offering has been incumbency. “I’m the Prime Minister,” he likes to remind people. As of today, however, he’s prepared to be a different kind of guy, if we’ll just give him another chance.

A clearly thrilled Anthony Albanese, in Cairns, found himself 10 yards out and dead in front of the sticks.

Not always, with this player, an absolute guarantee of points, but today he did not miss, booting two in quick succession.

“A bulldozer knocks things over,” said the Labor leader.

“I’m a builder, that’s what I am. If I’m elected prime minister, I will build things in this country.

“This government has been there for almost a decade, this prime minister has four years in office, and what he’s saying is, ‘If you vote for Scott Morrison, I’ll change’.

“That’s what he’s saying. ‘Vote for me and I’ll change’. Well, if you want change, change the government.”

Late-campaign handbrake turns are extremely tricky to pull off.

In 2007, keen to repair the damage from a botched cabinet assassination attempt against John Howard, Howard and his grumpy deputy Peter Costello granted a joint interview to Today Tonight to demonstrate that they had a new and warm relationship. It was fascinatingly awkward, and of course did not work.

The worst damage to the Prime Minister from today isn’t that people now think any worse of him or will forever picture him staring at himself in the mirror of a morning and softly saying “Brrrooooommmm”.

It’s that to a messy and disjointed prime ministerial campaign that so far has been about jobs, but also China, but also dentists, but also who’s allowed to play in the girls’ team, you can now add an exciting new discussion about how the PM is planning to change and why.

A shocker. It’s why when asking our daily question about who had a Good Day and who had a Bad Day, the answer for Friday, May 13 is — in order – Anthony Albanese and Scott Morrison.

What to watch out for tomorrow

It’s odd to call it an election launch when more than a million people will have already voted and it’s less than a week until the big day, but that’s exactly what Scott Morrison and the Coalition has in front of this Sunday.

While Labor held their launch in Perth, the Liberals stumped up for Brisbane — not ideal when the city is struggling with heavy downpours and flooding for the umpteenth time this year.

Behind in the polls, Morrison’s launch will be his last major event to win over undecided voters

Catch up on today’s stories

Cases have started rising in these states after Kerala, while the Corona curve is rising again after declining.