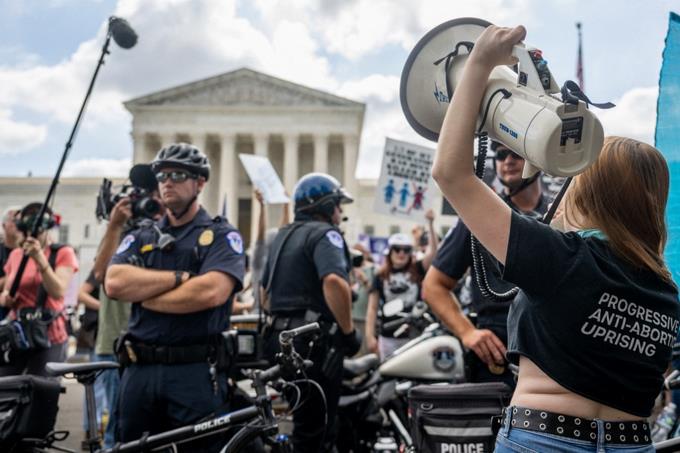 ,Her name is Jane Roe and she is going to be in the history books.With that phrase, Melissa Mills began to understand who her mother was, and now seeks to explain the complex evolution of a woman who helped legalize abortion in the United States and to end that right. joined the movement.

In her first interview with a medium in Spanish, Norma McCorvey’s eldest daughter claims her mother’s inheritance, suing under the pseudonym “Jane Roe”. Led the 1973 Supreme Court decision that protected abortion rights throughout the United States.

“She gave up many things to fight for women’s rights,” Mills insisted in a videoconference with Efe from their home in Katy (Texas).

His mother died in 2017 in the same city where Mills now assures, without a doubt, that McCorvey would feel “devastated” if he learned that the Supreme Court was about to issue a decision that clearly set that precedent. Will cancel what is a half-century in force, which is known as “Roe vs. Wade”.

The Truth About “Jane Roe”

At first glance, this is not a surprising statement: his mother was the architect of that historic decision, the young woman who was pregnant against his will in a state where abortion was illegal, Allowed two lawyers to use their case to protect the rights of millions of women in the country.

But in 1995, McCorvey moved to the other side. An evangelical pastor moved in next to an abortion clinic where she worked in Dallas and, within months, had become involved in the anti-abortion organization Operation Rescue, which was known to harass abortion doctors.

Towards the end of her life, McCorvey assured in the documentary “AKA Jane Roe” that her activism in the anti-abortion movement was merely a “demonstration”: “I took their money and they put me in front of cameras and ordered me what to say”. , confessed.

When asked about this, his daughter shook her head. The conversion of “Jane Roe” to the anti-abortion side was “real,” he says. Yes, she got “salary,” but her message in the documentary was born out of “pain,” which caused her to leave “when she got really sick,” by conservative activists.

Read Also:  More mass shootings in the US leave dead and injured

“It hurt her so much. They didn’t need her anymore, they couldn’t take anything more from her. She felt like she was left to her own devices,” Mills recalls.

To explain the Copernican turn his mother took in the mid-1990s, Mills cited two factors: McCorvey’s troubled childhood, being raised as “Jehovah’s Witness”, and as “Jane Roe”. “Depression” because of his identity being made public.

“People told him he was the devil, that he was responsible for the deaths of 60 million children,” he recalls.

Deep down, Mills acknowledges, what her mother was looking for can be summed up in one word: love.

A Life of “Pain and Wrath”

Norma Leah Nelson – McCorvey’s maiden name – was born in 1947 to a poor home in rural Louisiana, and her childhood was a whirlwind: her mother was an alcoholic and abused her, and her father soon abandoned her. . It was an atmosphere of “pain and anger”, he described in his first autobiography, “I’m Cry” (1994).

At just 10 years old, Norma stole money from a gas station to escape to Oklahoma with a friend. She was placed in a Catholic boarding school, where she said she was sexually abused, and then sent to a family friend who raped her for about a month.

that experience He turned her into a “tough” woman who relied heavily on people”, with an independent and “irregular” spirit, According to his daughter.

She was only 15 when she married Mills’ father, a man named Woody McCorvey, who thrashed her when she learned she was pregnant. She ran to her mother’s house and confessed that, although she had slept with a man, she was a homosexual.

The child ended up in the custody of his grandmother, while the future “Jane Roe” was steeped in alcohol and drugs.

“Norma was coming in and out of my life. For a long time I thought she was my sister, because I saw her only occasionally: at parties, on birthdays…” explains Mills.

At one of these parties, someone told her for the first time that her mother was “Jane Roe,” but it would take her years to understand “what that meant.”

Mills was the only one of McCorvey’s three daughters who actually knew their mother. In 1967, Norma had another girl, Jennifer, whom she gave up for adoption; And in 1969 came the pregnancy of “Baby Row”.

McCorvey didn’t want to go through the same thing again. Abortion was illegal in Texas, but she tried: She unsuccessfully asked her gynecologist and went to a secret clinic where police had just raided her. Desperate, she called an adoption attorney, who gave her another lawyer named Linda Coffee.

Along with her partner Sarah Weddington, Coffey took McCorvey’s case to the Supreme Court, which issued its landmark ruling in 1973. Decades later, Norma would complain in an interview that she was treated like a “pawn”. She wanted an abortion, and the trial went on so long that she had to have her third child and give it up for adoption.

The feminist movement never felt comfortable with McCorvey, but she carved a niche for herself. She went to rallies, built a foundation, volunteered at abortion clinics… until she was “swallowed” by the opposing side, in Mills’ words.

“He had an addictive personality, and as such people end up in very extreme things. He likes chaos, drama,” he insists.

His evangelical master, who baptized him in a swimming pool, They took him away from an important part of his identity: his sexual orientation. McCorvey lived with his girlfriend Connie Gonzalez for two more decades, but any physical contact between them ceased. In 2006, Norma also lit an LGBT flag at a demonstration.

In the end, McCorvey didn’t quite fit in with either a side that defends abortion rights or one that strongly opposes it. Mills – who belongs to the first camp – prefers to define her mother as a “woman pro”: someone who believes in her right to make decisions on pregnancy in many cases, but doesn’t want it to be “abused.” ” Are.

“I think his legacy is going to be much longer than that of any of us, and he will be remembered for a lot longer than any of us,” Mills says. And maybe that’s all McCorvey wanted.

California authorities say surfing and swimming is ok, but fishing is not working due to oil spill