The foodtech industry was hit in 2022, leaving hundreds of workers out of a job when the economic downturn slowed investment and opted for profitability over growth.

According to PitchBook, venture capital investment in foottech, from ghost kitchens to delivery robots, slowed in the third quarter. This was the fourth straight quarterly decline.

Foodtech startups raised $2.7 billion in investment, the most they raised in the second quarter, and 63% less than the same period in 2021.

Despite the volatility in the space, two new venture capital funds are excited to back foodtech, where investments in the past have focused on a plethora of digital ordering solutions for restaurants.

Automation and plant-based proteins could save investments in foodtech

But instead of leaning on kiosks and QR codes, Redstick Ventures and Rethink Food are entering the space with a different investment plan.

These founders believe in the importance of innovation that helps solve real-world problems for restaurants and consumers, from labor-saving kitchen automation to alternative proteins that save the planet.

“I think the big advantage would be from the back of the house,” said Cam Crowder, co-founder of RedStick Ventures. « Automation of processes in restaurants. They’re going to be big wins because they’re the hardest things to do.”

Manpower shortage was one of the problems for the industry

Crowder owned six Tim Hortons franchises for about seven years before giving it all up to become an investor. The pandemic didn’t force him out of the industry. It was a constant turnover of staff at his restaurant.

“It really bothered me because we were good with our team. We pay them well,” Crowder told Insider in a recent interview.

“The light went out that people don’t want to make 150 sandwiches an hour. There’s got to be some way to fix that.”

Despite the slowdown in food technology investment, Crowder and Larici believe there is considerable opportunity in the sector.

Want to help other startups reduce their carbon footprint

firm, which was formed in January, Supports early-stage companies that drive systemic change across the entire food chain, such as helping restaurants reduce their carbon emissions.

His average investment to date is around $2 million.

“Our most recent investment is one of our most disruptive and exciting, and it is in cultured meat,” said Renee Greenfield, Founding Managing Partner of Rethink Foods.

The startup, Omeet, produces “real, regenerative meat” without slaughter. He said the cultured meat company plans to be more profitable than regular meat.

Now he’s betting that consumers will love the taste of lab-grown meat over plant-based foods, a market that grew rapidly with Impossible Foods and Beyond Meat but whose sales are slowing.

“Cultured meat is completely biomimetic, made in a reactor where these exact same cells are grown,” he said. “And my conclusion now is that we as a society have been trained to know what meat tastes like over the centuries. And I don’t think we’re going to give that up.”

They also look at the food supply chain, but in a different way than Rethink

The fund, which launched in September, is looking for ag-tech companies that help increase yields in the sector, said co-founder Larici.

“It could be robotics in the field, where they’re removing weeds or picking or planting crops,” he said.

Crowder and Larici were quick to point out that they are not interested in investing in marketable food delivery companies that have yet to show profitability.

“Unless you have autonomous vehicles, delivery is always going to be expensive because people are expensive,” Crowder said.

But if there are 15 employees in a building ordering from the same Chipotle, it works because they all pay the delivery fee, Crowder said. “Now it’s profitable,” he said.

That’s why Redstick wants to support a unified delivery platform. “I love that drop off area. I think it’s going to be disruptive.”

now read: Foodtech no longer as attractive as the pandemic subsides

Read also: What it takes to have more women in senior management, according to executives in the foodtech sector 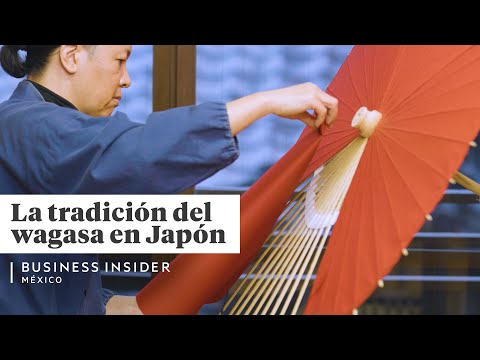