The era of scientific breakthroughs is over: “Eureka!” Those who change humanity are becoming fewer and fewer 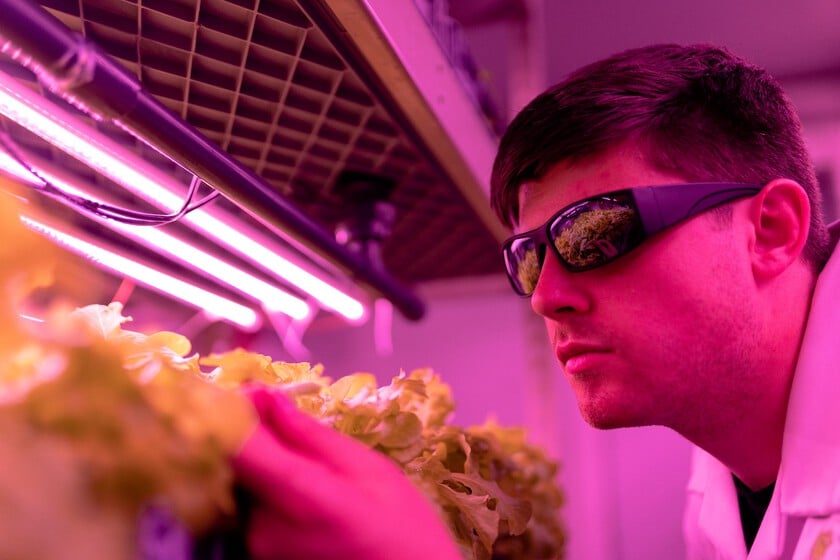 There is more research happening today than ever before. letters has been published several times, but for some reason, is not a scientific finding that changes the way we understand biology, astronomy or physics, “Eureka!” The scientific (and technological) developments that have marked them are getting smaller and smaller, according to interesting research published in early 2023 using never-before-seen evaluation metrics.

The first clues are easy to trace: Einstein’s theory of relativity was published in 1905; Penicillin transformed modern medicine in 1928 and the first step towards discovering the structure of DNA was taken in the same year; The world’s first nuclear reactor was built in 1942 as part of the Manhattan Project; The transistor was introduced in 1948, ushering in the era of electronics, and the first computers were introduced in the same decade.

Already in the second half of the century, thanks to technology and science, humanity was introduced to the first credit cards, modern automobiles, color television and, of course, the Internet.

But if you try to search the past thirty years in search of authentic scientific findings that have changed humanity, the results are not so rich. This is documented and verified by an article published in Nature Ph.D in Entrepreneurship Leadership Michael Parks, sociologist Erin Leahey of the University of Arizona, and Russell J. Funk of the University of Minnesota Ph.D., who helped create a type of analysis that tracks how researchers cite other published work.

The basic idea is how much a work and its citations are used by the community to separate the truly great works within a sea of ​​3,000 articles published daily. which is equal to more than one million a year,


With the Funk analysis method, 45 million samples were analyzed. letters And 3.9 million patents are in search of whether scientific disruption exists. The result reads “cd index“, a score that serves to measure how disruptive research or findings are in both science and technology.

Mapping the CD indices by scientific and technological sectors, the results are as we might expect: 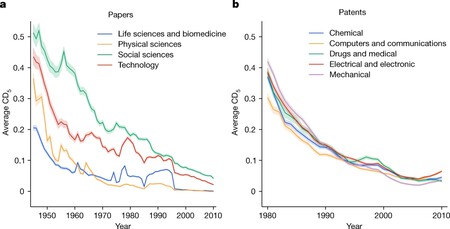 Neither biomedicine, nor physics, nor the social sciences, nor technological discoveries are spared from going into decline when it comes to how disruptive they have been. There has been a slight increase in terms of disruptive patents in electronics after 2010, but the trend has not been confirmed with the reductions considered for the study.

The most interesting way to look at studies is when it comes to linguistics. The process has also looked at how diverse the language within research papers and patents is and found that terminology within a specific branch tends to be less and less diverse, so that particular words follow one another in a particular order. Taken as another sign of the novelty of the bottom. 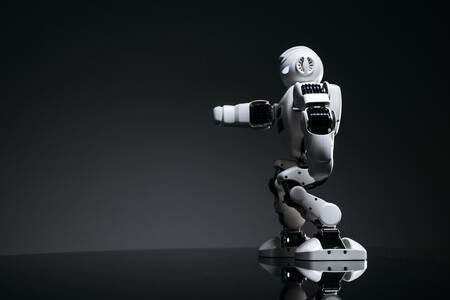 Why is disruptive science and technology stagnant? The hypothesis that this has happened is not entirely new and although detailed and scientific evaluations are always needed, the fact is that less disruptive findings are evident in everyday life. This is not the main focus of the study, but the authors consider several possible answers to the question, such as the mountain of knowledge required to make important discoveries is getting higher and, therefore, it means more time in scientists’ careers.

This concept is well known to philosophers of science: since science is meant to be an endogenous process, which always begins with a solid base of previous knowledge, the experts who can contribute to science are those who have Has dedicated his life to training in the field. , Thus, researchers are spending more and more time in their career training before they can really contribute to the field of science and as a result, have less time to actually devote to research.

The time lag between when Nobel laureates were published and the year they were awarded has been steadily increasing, suggesting that less and less current work is more disruptive than in the past. 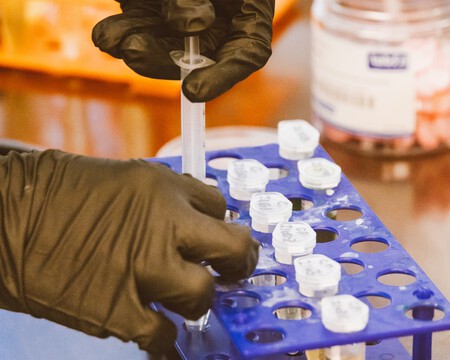 Another possibility is that the discoveries are being made too specialized to be able to mark a milestone for science in general. With scientists devoting themselves to very specific branches of knowledge, it is possible that findings are very limited and always focused on the field. Disruptive research projects are becoming less frequent if the branches of science do not interact with each other. ,Relying on narrow stretches of knowledge benefits individual careers, not overall scientific progress“, sentence to the authors of the article.

times that will not come back

Whether science and technology will again be as disruptive as they were in the past is impossible to know. On the one hand, the stabilization trend of disruptive moments in science that can be observed at the beginning of this century may indicate that there is a minimum level of disruptive science, certainly thanks to the scientific method. Viewed in this way, the 19th century may have been the beginning of science and therefore represented an explosion of innovation that we will never see again.

On the other hand, perhaps this is a problem that can be addressed and requires a solution and redirection of scientific and technical work. It is not a question of modifying the processes endogenous to the scientific method, but perhaps of encouraging science towards interdisciplinarity.