The fall of cryptocurrencies is a warning for public pension funds 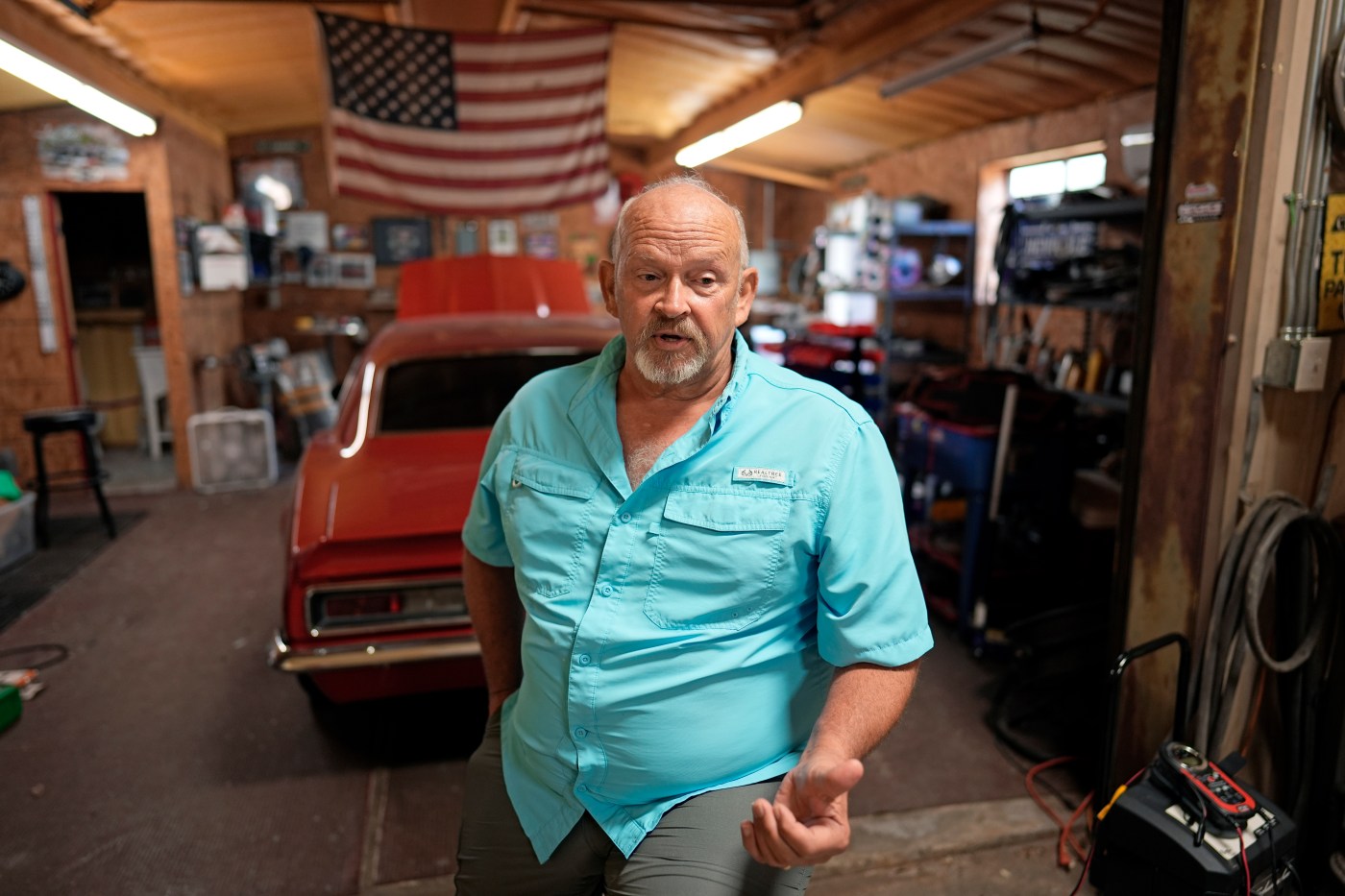 Harris, 62, has attended the funerals of 34 firefighters killed in the line of duty. He was already worried about his pension after a review by state and city officials cut payments as they struggled with the ability to pay benefits. He didn’t see the crypto, untested in his eyes, as an answer.

“I don’t like it,” Harris said. “There are too many pyramid schemes that everyone gets involved with. That is the way I see this cryptocurrency at the moment. … There may be a place for that, but it is still new and nobody understands it.”

The drop in prices of Bitcoin and other cryptocurrencies in recent weeks provides a warning to the handful of public pension funds that have dipped into the cryptocurrency pool in recent years. Most have done so indirectly through stocks or investment funds that serve as proxies for the larger crypto market. The lack of transparency makes it hard to tell if they’ve made or lost money, let alone how much, and for the most part fund officials won’t tell.

But the recent collapse of cryptocurrencies has prompted a broader question: For pension funds that ensure that teachers, firefighters, police officers and other public workers receive guaranteed benefits in retirement after public service, is anything too risky? amount of investment in cryptocurrencies?

Many public pension funds in the US are underfunded, sometimes severely, leading them to take risks to try to catch up. That doesn’t always work, and the risk extends not only to the funds but also to the taxpayers who might have to bail them out, either through higher taxes or diverting spending away from other needs.

Keith Brainard, director of research for the National Association of State Pension Administrators, said he knew of only a handful of public pension funds that had invested in cryptocurrencies.

“There may come a day when cryptocurrencies are established and properly understood and mature as a potential investment that public pension funds could embrace,” Brainard said. “I’m just not sure we’re there yet.”

The US Department of Labor urges “extreme care” in crypto investments due to high risks. The recent drop in cryptocurrency prices has caused Washington to take a closer look at the unconcerned industry. After the collapse of the $40 billion crypto asset known as Terra, senators from both parties proposed legislation that would regulate cryptocurrencies for the first time, with Treasury Secretary Janet Yellen calling for more oversight of crypto firms.

The cryptocurrency investment from the Houston Firefighters Retirement and Relief Fund was not very large: just $15 million in what was then a $5.5 billion portfolio.
It is unclear how that resulted in the cryptocurrency market crash this year. Fund and union officials did not respond to multiple requests for comment. But the fund bought when bitcoin prices were near their peak of nearly $67,000, and have been on the decline ever since, falling below $20,000 in June.

The fund’s president, Brett Besselman, said in a first quarter report that it was in good health with an overall rate of return of 33.7% in 2021. Houston Mayor Sylvester Turner said earlier this year that the The 2017 review is working well and, thanks to strong returns in 2021, has put your city’s pension funds well ahead of schedule to eliminate their unfunded liabilities.

The Houston experiment, which fund managers touted as the first announced direct purchase of digital assets by a US pension plan, followed a series of larger but indirect investments by two pension funds for the Fairfax County in Virginia. They put up more than $120 million in funds looking for opportunities in the world of cryptocurrencies, such as blockchain technology, digital tokens, and cryptocurrency derivatives. As in Houston, Virginia’s investments are a small part of the funds’ $7.2 billion in assets.

Investments related to cryptocurrencies are not necessarily deliberate. The Minnesota State Board of Investments manages a portfolio valued at about $130 billion for various public employee pension plans and other entities. A recent report shows that he had small stakes as of December 31 in cryptocurrency exchange Coinbase Global and bitcoin miners Riot Blockchain and Marathon Digital Holdings with a combined market value of $5.3 million. It also listed two Coinbase fixed income security holdings with a market value of $2.2 million.

Mansco Perry, the board’s chief executive officer and chief investment officer, said the board invests heavily in stock indices, so those holdings were likely in one of its index funds or purchased by a third-party investment manager.

“We don’t own crypto, but if a company is big enough to be in an index, chances are we own it,” Perry said.

The Minnesota board may consider cryptocurrency-related investments one day just to learn about them, Perry said, “but it’s not a high priority. … I would say that we are nowhere near making an investment decision to move forward, but that doesn’t mean we never will.”

The largest public pension fund in the country, the California Public Employees Retirement System, known as CalPERS, acquired a small stake in 2017 in Riot Blockchain that grew to more than $1.9 million by the end of 2020. Securities and Exchange Commission show it reached $5.4 million before CalPERS came out sometime in the second quarter of 2021. Officials declined to elaborate, but it was a miniscule play on CalPERS’ total portfolio of more than $ 400 billion.

According to SEC filings, the Wisconsin State Board of Investments apparently began testing the waters early last year with purchases of Coinbase, Marathon, and Riot Blockchain. Those holdings grew to at least $19.3 million, against a total portfolio of $48.2 billion, at the end of the first quarter of this year. Board officials did not respond to requests for comment.

According to SEC filings, the state of New Jersey’s main pension fund appears to have started investing in some crypto-related stocks in the second quarter of 2021. At the end of March 2022, the state had about $9, 5 million in combined holdings in Coinbase, Riot Blockchain, and Marathon. New Jersey state treasury officials said they would not comment on specific investments.

Other public funds that have taken smaller stakes include Utah Retirement Systems, which once had a $13.2 million stake in Coinbase but no longer has it. The Pennsylvania Public Schools Employees Retirement System had as much as $2.6 million on Coinbase last summer, but it was down to $681,000 at the end of the first quarter, after selling most of its holding, while adding about $398,000 in Marathon from the second. half of 2021.

Harris, the retired Houston fire captain, said he views his pension as a contract that must be honored, given the risks firefighters routinely take. While he is generally happy with the performance of his pension fund, he is still uncomfortable with cryptocurrencies. He also points out that firefighters in Houston and many other US communities are generally not eligible for Social Security.

“There’s just a lot of people out there, if they lose that pension, it’s over,” Harris said. “Some of these older retirees, I just don’t know how they’re surviving.”