The Gophers should start building resumes after the season ends right now. 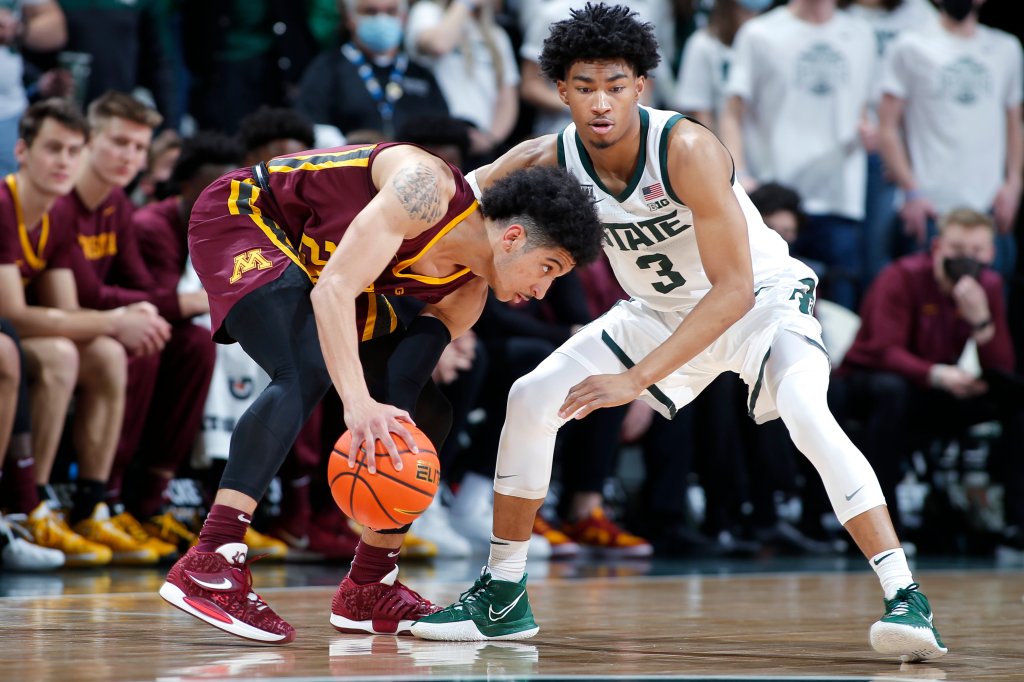 The Minnesota men’s basketball team has been a surprise, in a good way, during a hugely successful non-conference schedule, racing to a 7-0 start with wins over winning teams from Kansas City, Western Kentucky, Princeton and Mississippi State.

He has done a good job building a solid team of seasoned older players eager to play a final season in the Big Ten. The Gophers finished their non-conference roster 10-0 but ran into an understandable snag early in conference play, posting a 1-4 record against Iowa at Williams Arena on Sunday at 1:00 pm.

However, the Gophers (11-4 overall) are making sharp, if not especially high-profile, attempts to get into the NCAA Tournament. It won’t be easy, but it’s not out of the question. Three of Minnesota’s conference losses were eight points or less, including Wednesday’s 71-69 loss to No. 10 Michigan State in East Lansing.

Did Johnson expect to be here in mid-January after building a G-10 team from scratch?

“I didn’t look that far ahead,” he said on Friday, “but you always have a plan in place where if you can get what you want to do, over time it will be exactly where you want to be.”

But if the Gophers want to play in the postseason, NCAA or NIT, they need to start winning now against quality opponents. Almost misses will not be counted. Iowa (12-4 overall, 2-3 out of the Big Ten) would fit the bill.

The Hawkeyes have won five of their last six games and are leading the conference with an average of 86.5 points. They are led by sophomore Keegan Murray, a 6-foot-8, 225-pound forward who leads the nation in scoring with 24.7 points per game. Johnson called Murray, the son of former Iowa wing Kenyon Murray, “problem”.

The key to slowing down Murray, who is averaging 23.8 points in Big Ten play, will be blocking him early.

“If he’s running around the court and getting deep touches early and also taking a couple of layups, now as a scorer, that rim feels huge (to him),” Johnson said. “So, you have to limit those touches and make it work.”

Indiana did a good job on Murray on Wednesday, getting him into foul trouble and holding him to an all-time low of 12 points, only to see his brother Chris Murray hit a season-high 29 points and grab 11 rebounds in the 83-. 27 wins in Iowa City.

Iowa is, of course, no different from most Big Ten teams, all of which are staffed with quality players, and most have at least one star player. But after the Hawkeyes, the Gophers have games at Penn State (8-6, 3-3) and against Rutgers (9-6, 3-2). A run here brings the Gophers back to .500 in the Big Ten before they play Ohio State (10-4, 4-2 Jan. 27) to essentially start the homestretch.

Jamison Battle, a sophomore from Robbinsdale who switched from George Washington, leads the Gophers in scoring, averaging 18 points per game. Next up is Peyton Willis, a point guard who returned to the U in his final season after playing at the College of Charleston and Vanderbilt (15.8).

“Speaking on my own, I think[the NCAA tournament]was just a general agreement to come back here, play in the Big Ten and have experienced older guys,” Willis said. “I know some of them have never been to the NCAA tournament, so I know they want to be there.”

Lead rebounder Eric Curry questionable for Sunday’s game after an apparent left ankle injury with a minute left in Wednesday’s loss to the Spartans. If he can’t play Charlie Daniels likely to start in the center and be supported Danny Ogele. “EC is a big part, so everyone has to move a little more, but it takes effort and intensity,” Johnson said. “You don’t have to put on a cape and get 45 (points). This is not what we need. We need each guy to advance in his own way in his role.”

On the covid front lines when the abdomen is not rubbed