The government prioritizes the protection of people’s health and the environment due to pressure from the plastic ‘lobby’ in the DR of containers. 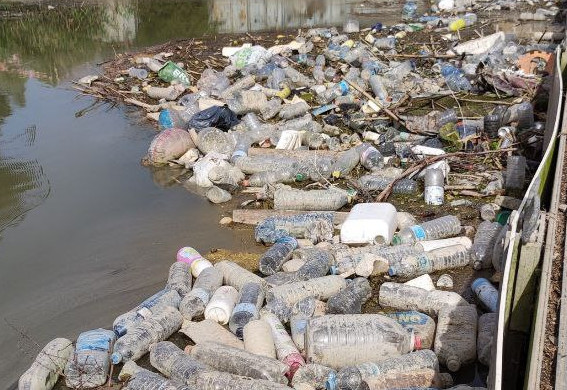 The final version of the Royal Decree on Packaging, which was approved at the Council of Ministers last year, preserves the spirit of the waste law and ensures that the disposable industry targets itself in compliance with separate collection targets for plastic bottles cannot assess. , as requested by organizations in the Zero Waste Alliance.

As a result, a concrete and transparent roadmap is committed to the advent of the Beverage Container Deposit System, with which 35 million beverage containers can be eliminated that pollute the environment and harm people’s health every day.

Environmental organizations also celebrate the fact that the Ministry of Ecological Transition and Demographic Challenges has ratified the ban on the use of toxic substances such as phthalates and Bisphenol A in food packaging and called on the executive to be vigilant in its implementation, Because this is a public health issue of the first order.

Friends of the Earth, Ecologist in Action, Greenpeace, Returns, Rezero and Surfrider Spain, the organizations that make up the Zero Waste Alliance, value positively that the final version of the Royal Decree on Packaging and Packaging Waste has been approved by the Council of Ministers. have prioritized the protection of people’s health and the environment above the pressures of lobby Plastics, thus respecting what was agreed in the waste law, was approved by a large majority in the Congress of Deputies last April.

“We celebrate that both the Ministry and government partners have taken this definitive step towards transparency and that this has also been done by the Articles of Law, not by contract. With this Royal Decree, for the first time, plastic bottles Manufacturers are obliged to say annually how many bottles they put on the market”, stressed the members of the Zero Waste Alliance.

In particular, the Royal Decree on Packaging is the regulation that must ensure the measurement of the objectives of the separate collection of plastic bottles of less than three liters, established in order to reduce the serious plastic pollution in land and sea environments. The waste law stipulated that, if 70% of plastic beverage bottles placed on the market were not recovered through yellow containers by 2023, we would have to “revert the rudder” through a deposit system for cans, bottles and bricks. Will be able to. In order to follow this roadmap, it was required that managers of separate collections of packaging waste not be in charge of counting bottles recovered separately. And, finally, thanks to the collaboration between the Ministry of Teresa Ribera and the Ministry of Social Rights and the 2030 Agenda of Ion Belarra, this request from civil society has been fulfilled.

The organizations also appreciate the fact that the ban on the use of Phthalates and Bisphenol A in food packaging has been ratified. This prohibition was already envisaged in the waste law and is basic to protect the health of people, especially pregnant women, against substances known as hormone disruptors and which have a great effect on some cancers. . The organizations stressed, “The government must be extremely vigilant to ensure compliance with this prohibition and respect what is agreed in the waste law and we are vigilant to ensure that civil society.”

“Regulations are made to follow the law, not the other way around. We recognize the efforts of Teresa Ribera, the ministry and government partners in respecting this natural order, despite strong pressure from the dumping industry, and we now We reiterate our cooperation to build a methodology that allows us to measure the collection of different plastic bottles accurately”, the organizations concluded.