The huge increase in exports from the valley in 2022 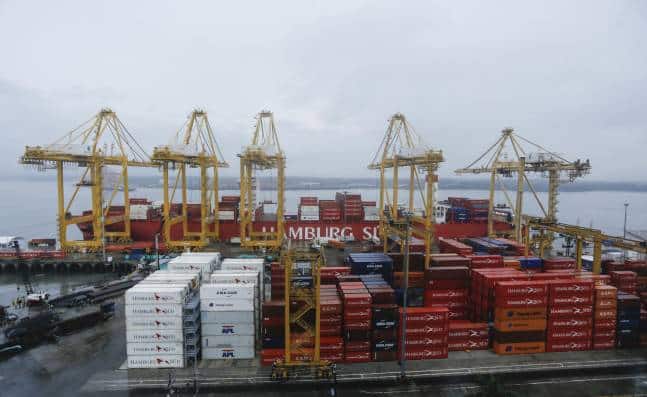 The department is the second one which has registered the highest growth in 2022. United States, main destination. For Valle del Cauca, 2022 was a positive year in terms of exports. Taking into account the report on the Chamber of Cali’s export rate, the department projects an annual increase of 28.3%, from US$1,437 million between January and October 2021 to US$1,844 million in the same period in 2022.

Excluding mining, oil and its derivatives, the Valley is the second sector in the country to have registered the highest relative annual growth in the value of its exports with 27.6%.

Atlántico ranks first with 35.2% and Bogotá and Cundinamarca are third with 25.5%.

With regard to the volume of products leaving the country, the valley saw a 13.3% increase, from 938 thousand tonnes between January and October 2021 to 1,063 tonnes in the same time in 2022.

Read also: MinTrabajo signs a decree increasing the minimum wage by 16% until 2023

Harold Londoña, Manager of Analytics and Economic Studies of the Cali Chamber of Commerce, CCC, said that the main indicators of productive activity in Cali and Valle del Cauca have presented a positive and outstanding performance in the national context and are one of the driving forces. This economic reform has happened on the external front.
“According to Dane, exports to the valley grew by almost 30% by October and the United States became the department’s main commercial partner, as exports to this country increased by 47%,” said the manager of Analytics and Economic Studies. Of CCC.

The analyst also indicated that the companies in the department exported products such as medicines, garments, smart cards and confectionery.

It should be noted that since Colombia signed a free trade agreement, FTA, with the United States in 2012, exports to the valley that involve high-tech demand could account for 1% to 12% of its exports this 2022. represents up to

“These figures demonstrate the great efforts made by the Valle del Cauca business sector to increasingly incorporate innovation and applied research into its production processes,” said Harold Londoño, adding that the department has a non-profit export There are all conditions to lead. Colombia’s traditional products and producers lead the way in a process of change.

It is worth noting that due to its privileged geographical position, the department connects to the main multipurpose port of the country (Buenaventura), without forgetting the five free zones, including Zoneamerica, the first free service zone in Colombia, which allows the chaining producer Gives of companies.
Valley Mango for USA

May interest you in: Govt to de-index source from increase in minimum wages: Finance Minister

Colombia will export to the United States its first container of fresh mangoes, grown in Palmyra and packed in Zarzal.

After receiving sanitary clearance for export, this Colombian fruit will first arrive at the port of Savannah, Georgia, on December 27.

This first export takes place after 2021, after the Animal and Plant Health Inspection Service of the United States, AFIS, endorsed the entry of Colombian mangoes into the US market.

“This maiden export of fresh mangoes represents a huge opportunity to strengthen the exportable supply of the fresh fruit, creating formal employment and opportunities in rural areas of the country.

We will continue to work to promote national food production to achieve food sovereignty and balance in trade matters, said German Umana Mendoza, Minister of Commerce, Industry and Tourism.

Colombia’s ambassador to the United States, Luis Gilberto Murillo, insisted that work would continue so that rural communities and minorities would venture into foreign trade and have the courage to sell their agricultural products in this market.

With mangoes, Colombia completes 108 agricultural products in the cold chain that have the green light to enter the United States market.