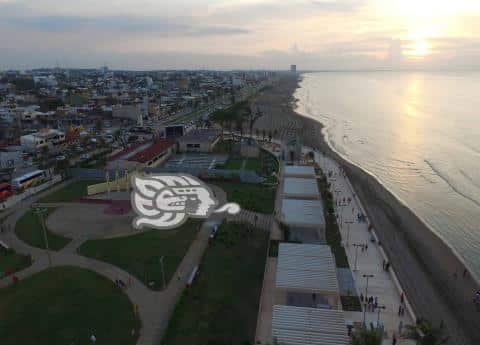 With 69 social development works, which are part of Tehuantepec Isthmus Megaproject I want to reduce poverty Southeast of Mexico, to give way to job creation, economic growth, education, health, strengthening productivity

In the same way, along with taking care of the environment, it also does the work of building houses. Include housing units, areas Residential buildings, towers, hotels, banks, churches and first-rate hospitals in states such as Veracruz, Tabasco, Chiapas and Oaxaca.

General Porfirio Diaz through the development of the mega project Interoceanic Millennium of the isthmus of tehuantepec It aims to create job opportunities in the first phase, which includes 69 jobs, Corporatio Bufet Peninsular reported.

These actions will strengthen education for the population, provide human resource trainingCare and protection of the environment with health services, mass communication, technology, tourism, clean energy and sustainable development.

among projects, they also want to make a nuclear medicine center In Coatzacoalcos, 8 third level hospitals with 2,000 beds each in the states of Veracruz, Tabasco, Chiapas and Oaxaca.

In it health department 30 mobile clinics on the road, 4 cataract and Carnosity Ophthalmology clinics are also being considered.

There is a plan to make it in the housing sector Housing Unit 2 RiversBuilding of; construction of

Interoceanic BankOne building in Coatzacoalcos and the other in Salina Cruz.

In residential development, it is anticipated to build towers and hotels,yes like a private marina For boats and ships, 20,000 houses for workers, construction of unpaved roads and buildings.

The promotion of the scheme has also been highlighted ancient cultureWith the promotion of sustainable rural development which will further enhance and promote the roots of each region.

In it environmental care There will be cleaning and sanitisation programs for water bodies, water weeds like water lilies and water lettuce.

For its part, promoting cooperatives with sustainable business plansWell equipped mobile clinics and churches. Another important project is the creation of a breeding center for aquatic species to repopulate water bodies.

Among the services, the construction is estimated to 600 service stations Petrol supplies, convenience stores and restaurants with the trade name Interocénico as well as 600 water purification plants with a production capacity of 10,000 20-litre jugs per day.