The kid died in a shootout on the highway in Oakland 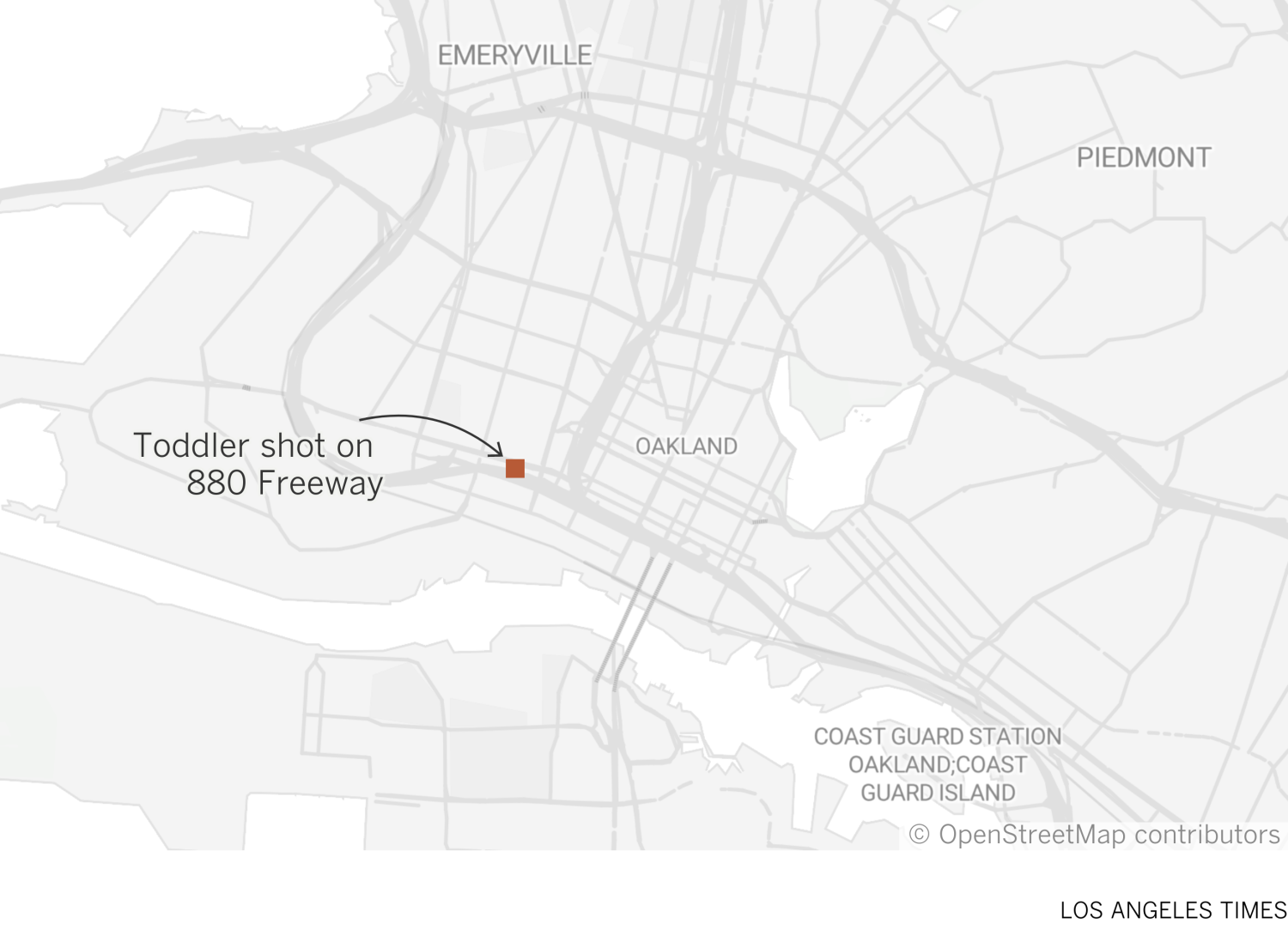 The 23-month-old was killed by a stray bullet on a highway in Oakland over the weekend, authorities said.

According to the California Highway Patrol, the toddler was driving south on Interstate 880 when shots rang out at about 2:10 pm Saturday.

“We are receiving reports of shooting,” says the CHP dispatcher on the audio recording. “The child has blood from the head.”

The family identified the child as Jasper Wu of Fremont on CBS in San Francisco and said his mother was driving during the shooting. He was missing a month before his second birthday.

On Monday, the child’s family was not contacted for comment.

CHP officials confirmed that Wusa’s white Lexus sedan appeared to have been caught in the crossfire of an unrelated shootout, noting in a statement that evidence gathered on the north side of the freeway indicated that “the victims were not the target.”

Jasper was taken to UCSF Benioff Children’s Hospital in Auckland, where he later died.

He is the second child to be killed by a bullet on a California freeway this year. In May, 6-year-old Aiden Leos was shot and killed in an attack on Highway 55 in Orange. The suspects, Marcus Anthony Eries and Wynn Lee, were arrested less than two weeks later.

Fremont Police Department stated in tweet On Sunday, when he was saddened by “the death of one of the youngest members of our community.”

“This act of violence is unacceptable,” the department said.

The video, uploaded to the Citizen app, shows a white Lexus and several police cars on the highway on Saturday afternoon. I-880’s northbound lanes were temporarily closed following the shooting.

CHP officer Edgar Vega said on Monday that the suspects have not been identified. Anyone with information is asked to call the CHP Investigation Line at (707) 917-4491.