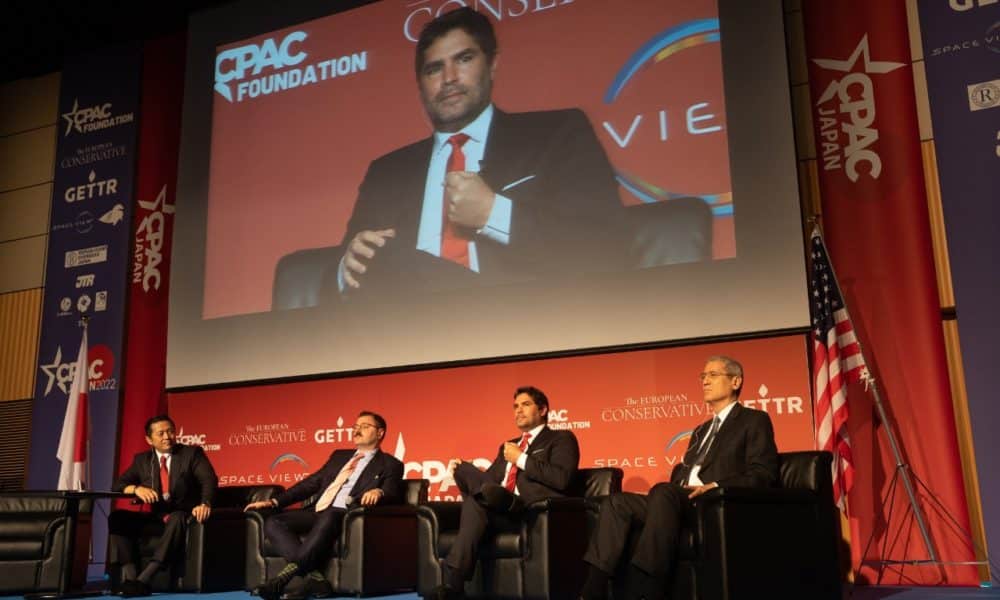 Teaokio.- “Mexico’s president, Andrés Manuel López Obrador, is aggressively promoting a socialist agenda that is already creating more poverty, corruption and the destruction of our democracy. This was stated by Eduardo Verastegui, president of CPAC Mexico, in Japan today.

Verastegui, who is also the founder and president of the Viva México Movement. Told that, after CPAC was held in Mexico, “the left is now scared, and the right!” He warned.

He said, “We will not stop, we will not bow down, until the forces of awakening and socialism are defeated.”

At CPAC Japan, Verastegui told TODAY that President López Obrador is “militarizing the state” At the same time it “routinely bypasses the legislative power, issuing orders without any legal or constitutional basis” for the responsibilities of the armed forces and government functions that are not commensurate with them.

CPAC Japan, chaired by lawyer Jay Aeba Hiroaki, has been held annually since 2017. To provide a platform to conservative politicians, officials and activists to deepen and broaden knowledge.

It might interest you: Eduardo Bolsonaro warns against regimes that try to impose ideological agendas

CPAC Japan is a member of CPAC, the Conservative Political Action Conference organized by the ACU (American Conservative Union) every year since 1974. The gathering of the most influential conservatives in the US, which has opened new CPACs in Mexico (2022), Brazil, Hungary, Austria, Israel and Japan.

CPAC addressed a variety of issues in the Middle East.

Prominent among these are: rediscovering our values ​​as a nation; facing times of global crisis (national security); National Defense and Tax Cuts: Essential aspects for the survival of a nation (economy).

the power of unity; nation building through next generation media; Politics and economy (technology and crypto-assets) in the Web 3.0 era.

One of the highlights was the session on “The Global Conservative Movement (Worldwide CPAC)”, with individual exhibitions and later a joint dialogue, where Eduardo Verastegui, president of CPAC Mexico, participated; Jay Aiba, President of CPAC Japan; Miklós Xantho, President of CPAC Hungary, and Gordon Chang, CPAC Central Board member, China and North Korea expert counsel.

López Obrador is a “promoter of cultural colonialism, which allows these interests Foreigners and globalists impose all kinds of hyperbolic ideologies on our country,” Verástegui remarked during the dialogue.

He added that “Last month we held the first CPAC Mexico in Mexico City, which attracted the most important conservative leaders and activists from across the region.

And now the Left is scared! They Can’t Stop Talking About Our CPAC in Mexico and the Media From all over Latin America! They’re freaking out about the movement we just launched at CPAC Mexico, and rightly so! Cause we won’t stop, we won’t bow down, until the forces of awakening and socialism are defeated.”

Like Mexico, the purpose of the meeting in Japan was to unite in one place those who work for love for country, for freedom, for common values, for democracy and for a healthy relationship between the state, society and companies, for life and family.