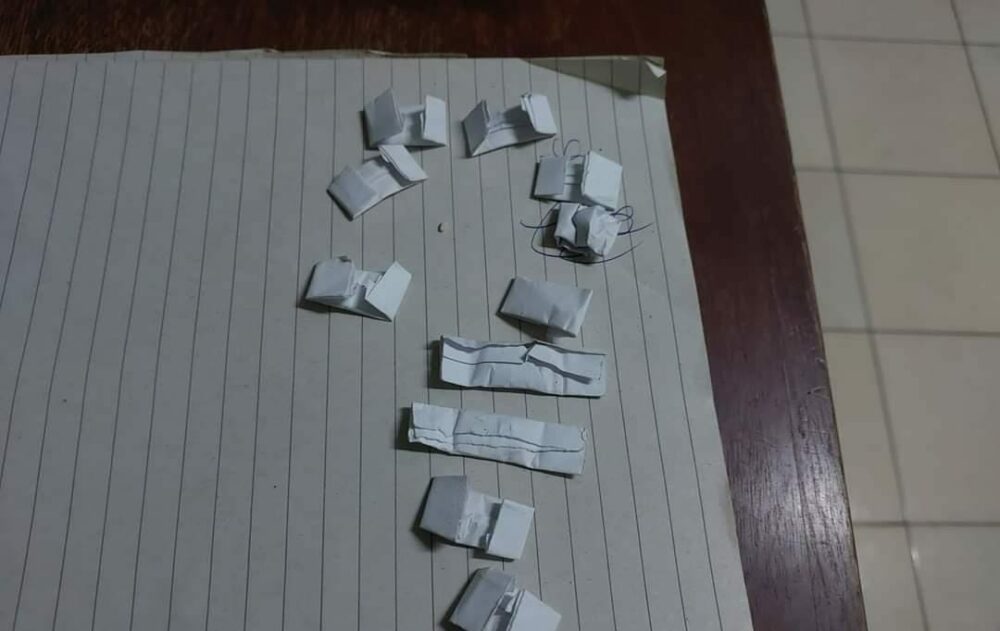 As per the investigation carried out, the subject was engaged in marketing of controlled substance in the area near his residence.

The police report revealed that the incident took place at night, when a man who had just reached the age of majority was surprised by police officers in the area of ​​La Florida neighborhood, but upon realizing it, he fled the place.

Minutes later, after a chase, police officers apprehended the defendant in the vicinity of 6 de Enero and Colon streets, then searched him, which resulted in the discovery of 12 small packages containing a white substance.

Likewise, reports indicated that after the arrest the youth was taken to the offices of the Moros Blancos Integral Police Station (EPI), where Special Forces to Fight Drug Trafficking (FELCN) personnel field-tested the substance. . and thus confirmed that the envelopes contained cocaine hydrochloride.

Finally, the case was made available to the Public Ministry of Tarija and will be subjected, during the day, to a hearing of preventive measures for the offense of supply of controlled substances.

In this regard, various citizens, through social networks, said that in their neighborhoods, such as Lourdes, Abaroa, San Luis and others, they suffer from the same problem, because at night different groups of young people gather in parks, fields and squares. see you. to trade in drugs.

According to the latest FELCN report, it was confirmed that people under the age of 18 in Tarija are recruited by leaders of organizations dedicated to drug trafficking to market substances in exchange for huge amounts of money.

They concluded, “Most of the cases attended had the border as their final destination, but thanks to the effective work of police personnel, many transfers failed.”