The murders expose the dark side of the real estate world 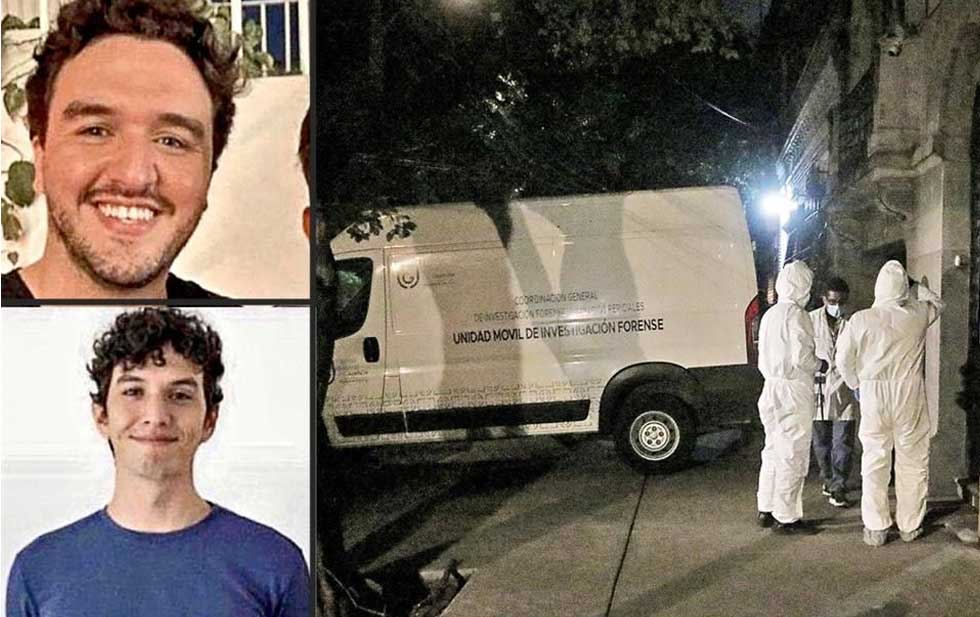 Mexico City.- The murder of two young men and their uncle in an early 20th-century house in Mexico City, which occurred shortly before Christmas, has exposed the dark side of the capital’s booming real estate market, characterized by a lack of legal documents and illegal construction. Formally inspired by gangs that seize. Property.

Actor Andres Tirado, his musician brother Jorge Tirado and an unnamed uncle were found dead on Sunday, all with their throats slit. According to the prosecutor’s office, the apparent motive was a property dispute.

In another case, a young woman posted a desperate video on social media on Tuesday from a rooftop in the southern part of the city in which she can be heard shouting: “Police! Help! They’ve kidnapped me! They’re going to kill me.” Do not let out!”.

Police said the woman told them that her relatives had made a metal gate to prevent her from stepping out of her house, trapping her inside along with her four children. The department said that behind the alleged kidnapping was a dispute over the ownership of the property and the illegal seizure of the property is being investigated.

The authorities have known for years that there are armed and violent gangs that specialize in taking over homes. This trend is also supported by the fact that many properties—perhaps up to a fifth of households—lack deeds and legal documents or title to property in the names of deceased people who did not leave a will.

According to a 2021 report by the public policy evaluation body of the city government, the percentage of homes in the capital are occupied by people whose ownership is under legal dispute or whose owners died without leaving a will. It increased from 10.9% to 19.9% ​​in 2010. In 2020, practically one in five.

Mexico has an expensive, inefficient, outdated and corruption-ridden judicial system, the effects of which are also felt in the real estate sector.

In 2019, Mexico City prosecutors said that in some of the 311 active property repossession cases that year, notaries public, lawyers or real estate companies had falsified documents to force out the rightful owners.

Because it is very expensive to make a will in Mexico, many people do not do so, often leaving their heirs struggling to protect their rights.

This appears to be the case for the murders of the Tirado brothers and their uncle.

The older brother of the uncle’s wife had recently died after a long illness, but the nurse who looked after him lived on the ground floor of the house in the affluent Roma neighborhood made famous by the movie “Roma”. Oscars in 2018.

According to the account presented by the prosecutor’s office, the nurse tried to claim that the house was hers based on her alleged romantic relationship with the man who had died. The sister of the deceased went upstairs to prevent the nurse from taking care of the house.

To protect them, the Tirado brothers moved to live with their uncles in August, according to officials. The nurse had brought her daughter and son-in-law to stay downstairs, and Tirados was clearly afraid they would turn violent.

What followed was five months of tense coexistence, with one family downstairs and the other upstairs.

Ulysses Lara, a spokesman for the prosecutor’s office, said the family below “began to act in such a way that they resorted to this type of violence.”

The nurse, her daughter and her son-in-law have been ordered to jail pending trial for kidnapping. One of the men who carried out the murders – also believed to be related to the nurse – has been arrested on drug charges but remains under investigation.

On other occasions, gangs have simply broken into a property and evicted the occupants. The capital’s government estimates that 23 gangs dedicated to theft operate in Mexico City, some of them linked to drug gangs and others to quasi-political groups.

Capital attorney Ernestina Godoy said in 2019, “One problem that practically the whole city has is the problem of offal.”

For example, in 2016, a police operation evicted a violent group of invaders from a home in the upscale Condesa neighborhood that the group had seized years earlier. After retrieving the building, police found underground bunkers and tunnels dug beneath the structure. Weapons and stolen goods have also been recovered from them.

The building was so badly damaged that it had to be torn down amid rising prices and rents and a housing shortage in the city.