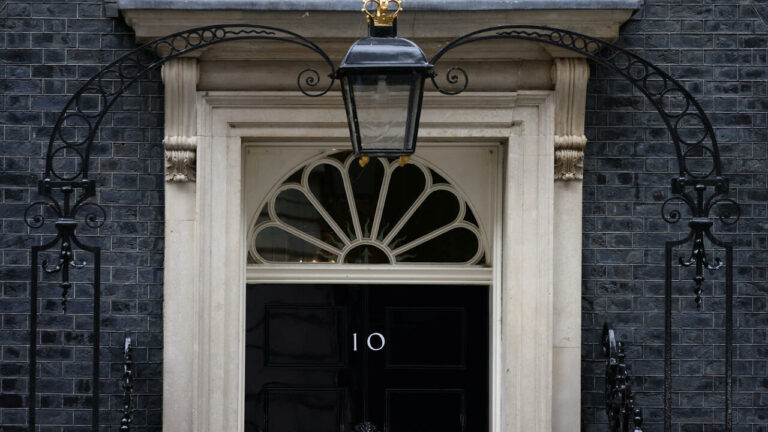 The new UK prime minister to replace outgoing Boris Johnson will be announced on September 5, the ruling Conservative Party said on Monday, with 11 contenders currently vying for the job.

The leadership competition was sparked last week when Johnson, 58, was forced to resign after a flurry of more than 50 resignations from his government, in opposition to his post as scandal-hit prime minister.

The influential 1922 Committee of Non-Ministerial Conservative MPs in parliament on Monday outlined a timetable for the election of the party’s leadership.

Nominations will officially open and close on Tuesday, and a new prime minister will be installed when parliament returns from summer break on September 5, Graham Brady, chairman of the 1922 Committee, told reporters.

Conservative MPs will narrow the current list down to the bottom two through a series of votes, with the worst-performing candidate eliminated after each round, before party members choose the winner.

With calls for Johnson to leave Downing Street as soon as possible, and to avoid the process dragging on until MPs’ summer break, the numbers are likely to be quickly reduced to just two.

1922 Committee Deputy Executive Secretary Bob Blackman said they were committed to doing so before the July 21 parliamentary summer break.

The first vote will take place on Wednesday, with a second vote likely on Thursday, Brady said.

In an attempt to speed up the process, candidates must have at least 20 backing MPs to enter the race, instead of the usual eight, and any candidate who does not win the support of 30 MPs on the first ballot will be eliminated. .

Among those running are Rishi Sunak and Sajid Javid, whose departures as finance minister and health minister prompted the wave of resignations.

But a poll of rank-and-file members by the influential website ConservativeHome published on Monday showed strong support for less high-profile candidates, with former defense minister Penny Mordaunt narrowly ahead of arch-conservative Kemi Badenoch.

Brexit figurehead Johnson dramatically announced his departure as party leader last Thursday but will remain at Downing Street until a replacement is found.

Javid said that with Britain facing a growing cost of living crisis, rising energy prices and war in Ukraine, there was more than ever a need for “competition” in the country’s leaders.

“I have every hope that this campaign can and will be the turning point that we need,” he said at the campaign launch.

On a visit to a scientific research institute in London, Johnson was asked directly if he would endorse any of the candidates, six of whom are black and of minority ethnic origin.

“The prime minister’s job at this stage is to let the party decide, let it go ahead and continue to deliver on the projects we were elected for,” he said.

Johnson’s fall from grace has been spectacular. In December 2019 he won an 80-seat landslide victory promising to take Britain out of the European Union.

His parliamentary majority allowed him to do just that, but his tenure as prime minister was marred by waves of scandal, most notably the Downing Street lockdown-breaking parties that saw him fined by police.

Another row erupted last week over the appointment of a senior colleague despite learning of sexual assault allegations against him, prompting government resignations.

In his speech, he blamed the “pack” for moving against him, and his allies have been reporting angrily against Sunak.

But Johnson declined to say Monday whether he felt betrayed.

“I don’t want to say any more about all that,” he said.

“There’s a contest going on and that’s happened and you know, I wouldn’t want to hurt any opportunity by offering my support.

“I just have to continue and in the last few days or weeks… the prime minister’s constitutional role in this situation is to continue to carry out the mandate. And that’s what I’m doing,” he added.

“The more we focus on the people who elect us… (and) the less we talk about politics in Westminster, in general, the happier we’ll all be.”