The OSM and Mahler’s second symphony in opening concert

The OSM’s 89th season opens with an ambitious double bill under the baton of Maestro Payare. The energetic leader of the OSM displays his colors in a very embodied direction and displaying a deep understanding of Mahler’s work. It promises for this season during which his 3rd and 5th symphonies are also on the program.

The session began with a contemporary work, the new piece for orchestra, Time by Austrian-born composer Thomas Larcher. Present during the performance this Friday evening, Payare invited him to come and greet the crowd after this brief foray into his musical imagination.

Indeed, we can say that it is a daring appetizer as this piece begins by giving us the impression of being in the middle of the action. Exploring the relationship to time, this disturbing universe in which Payare guided us captivated a large majority of the audience. The first movement leaving an immense place to the percussions surprised a little. The image of passing time being very musically present, the spectators were immediately on the alert.

The second movement beginning with a happy cello solo, the stage was set for more harmonious and reassuring colors. The work Time Imbued like a fable whose moral would be to question us about our relationship to time, the seconds jostled to bring us to the 3rd movement. This magical one, if I may say so, knew how to bring us to the rest of the program.

This choice at the start of the race had a ripple effect for the future. Surprisingly, she ends up leaving us on the end of our seat for the rest.

It is worth noting at first glance the intensity of the conductor and his understanding of Mahler’s work. The so-called symphony of the Resurrection is a colossal work that the conductor knew how to approach, let’s say it, courageously, in the smallest detail.

The first movement Allegro majestic begins like a funeral march whose fairly repetitive rhythm is recognizable. Brass and strings bring us a magnificent theme and the remarkable execution of the orchestra which follows its leader as if their life depended on it knows how to do justice to the seriousness of the work. Indeed, this first movement created in 1888 by Mahler.

The second movement Moderate andante takes us further into the romance. More harmonious and let’s say it, quiet, the spectators were able to let themselves be lulled by the magnificent strings of the ensemble. The symphonic house and the arrangement of the orchestra allowed to hear the precise and detailed work of Payare for which this score has no secrets. Wonderful moment of enchantment for all. 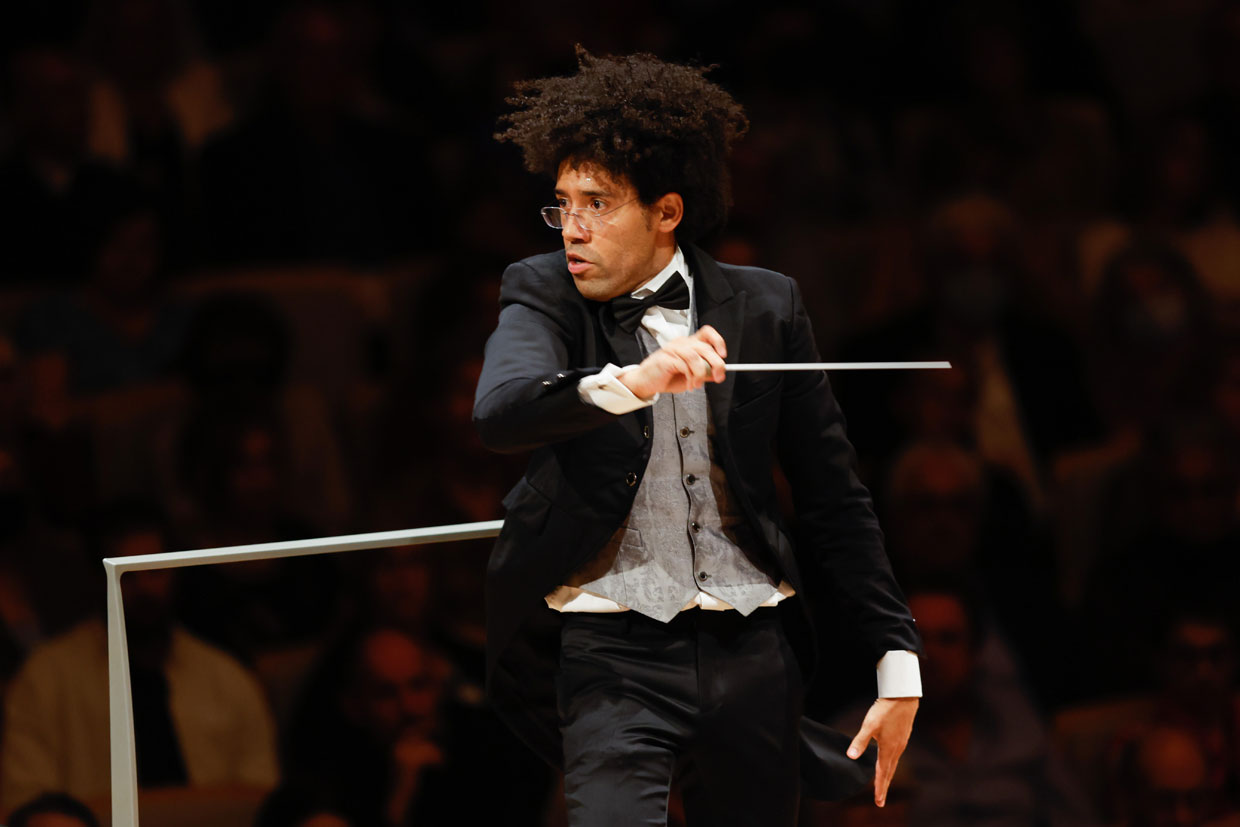 The scherzo in the 3rd movement once again very well executed, the triumphant moments were so triumphant that our Maestro lost his conductor’s baton (literally). We were treated to a nice catch by a spectator followed by a pass by the first violin. Am I writing a sports game? I would tend to say: almost! As the last two movements do, Urlicht and Im Tempo by the Scherzos follow one another, leaving us barely time to catch our breath. We can say that it is indeed a sporting work!

Bursting in the highlights of these movements, let us mention the accuracy, the softness and the delicacy of the interpretation of the mezzo-soprano Karen Cargill. His voice, which intertwined with the instruments, this one being placed in the ranks of the orchestra, captivated the audience. In the last movement Dorothea Röschmann does not give her place but we can say that the OSM choir has something to dazzle. Led by choir director Andrew Megill, the voices of men and women respond to each other at the end of the course in perfectly executed solos. 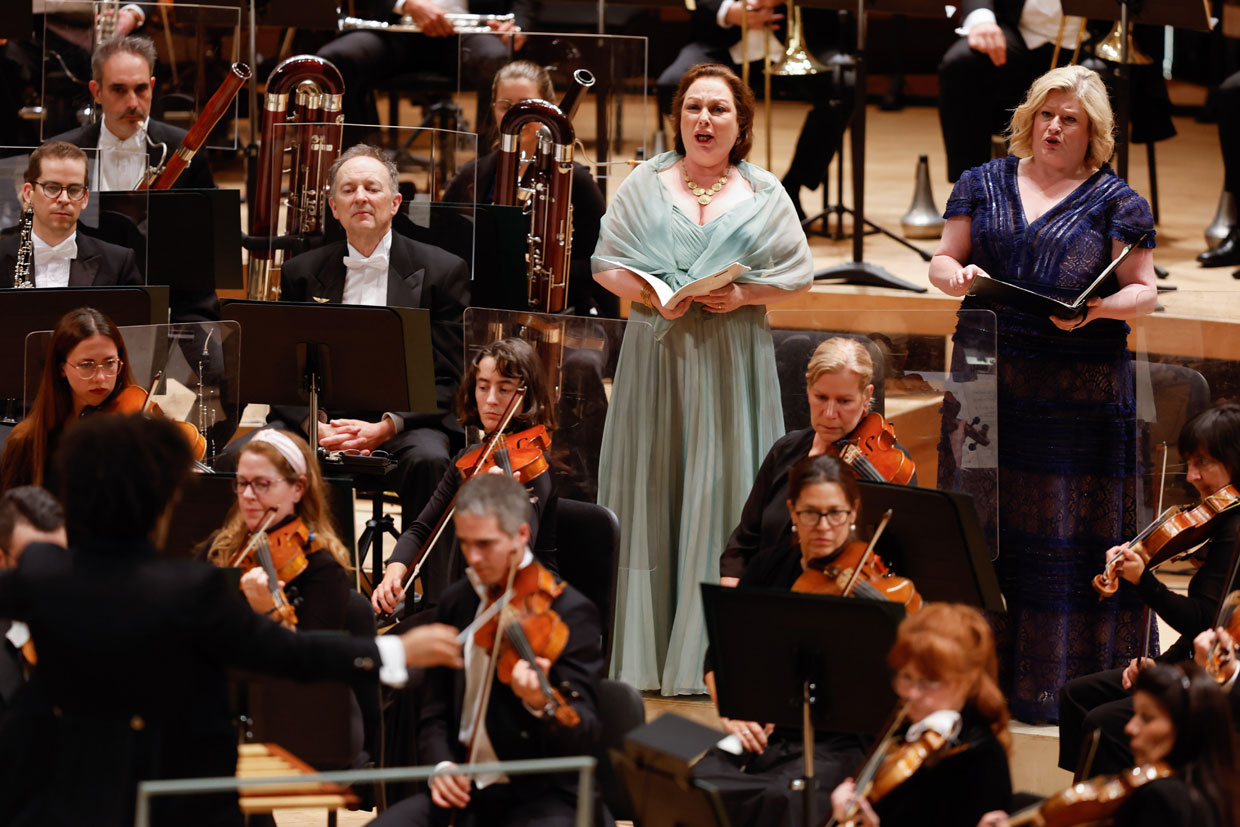 The appearance of the brass at the top of the stage framing the organist who adds his touch to the triumphal finale, making the entire symphonic house shiver, as one might say, the most luminous and dazzling moment. I can guarantee it: no one was sleeping!

I predict, bearing my family name aptly, this season during which Payare’s baton leads us into Mahler’s symphonies will be most unforgettable. 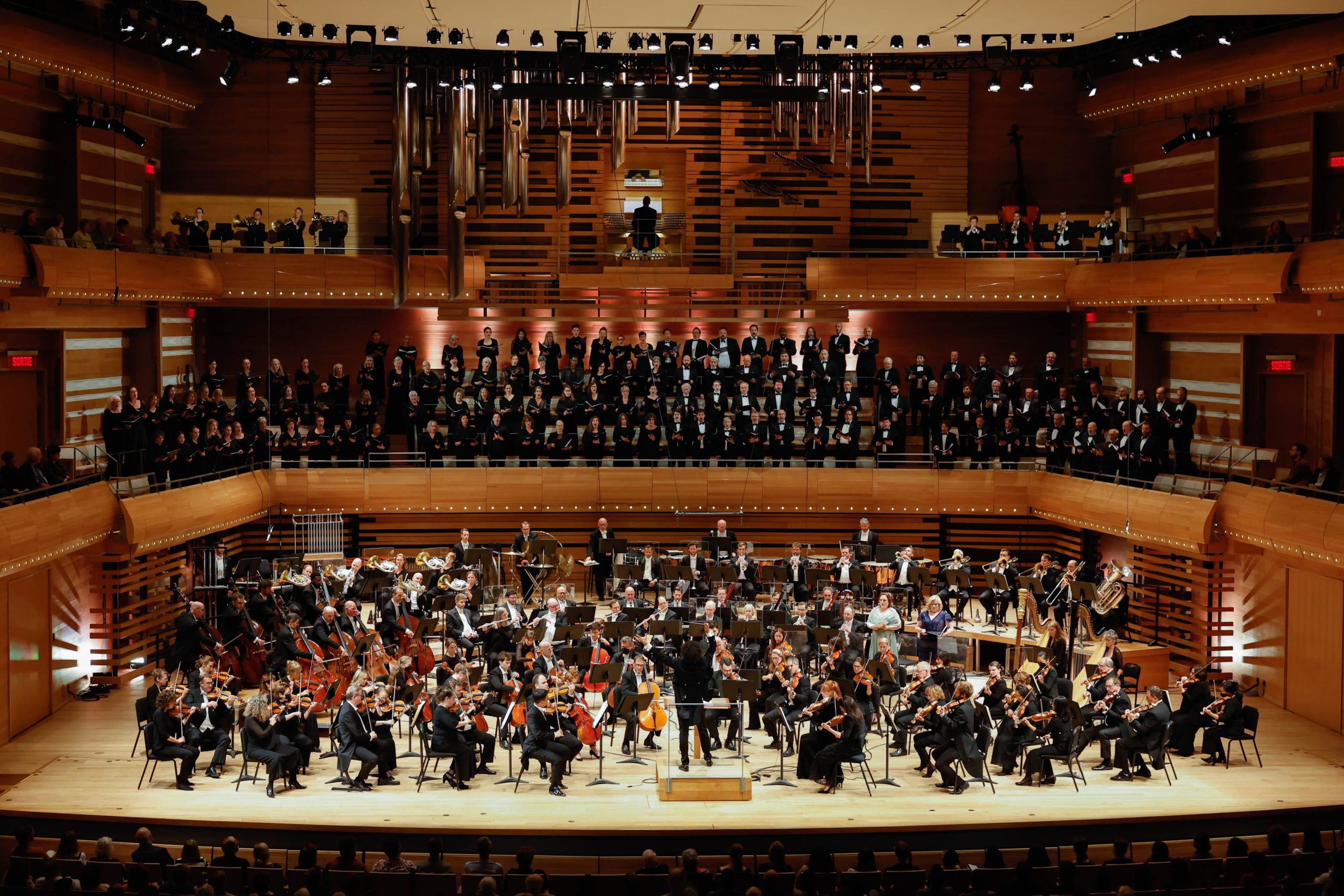