The outspoken red magician when investigated by the East Java Regional Police teaches magic tricks instead. 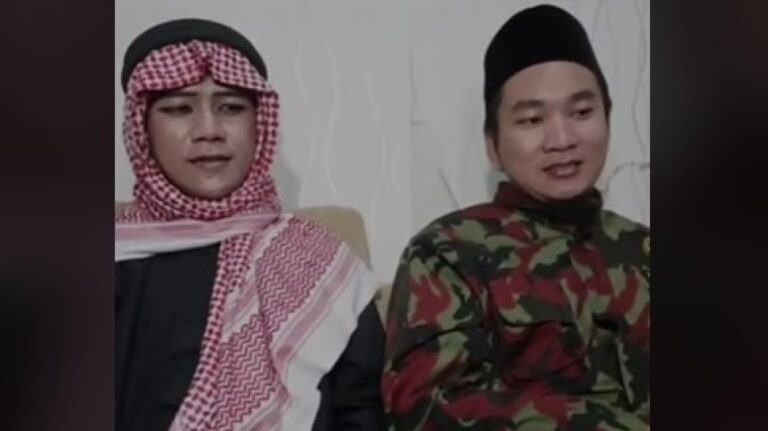 Recently, Marcel has taken a test to provide information as to the reported side to a report addressed by Gus Samsudin at the East Java Regional Police.

surajatim.id – The feud between Gus Samsudin and the Red Magician or Marcel Radhiwal continues.

Recently, Marcel has taken a test to provide information as to the reported side to a report addressed by Gus Samsudin at the East Java Regional Police.

,Information was sought from him yesterday as the reported party was, yes, Udin’s report was probed, in which he said there was suspicion of defamation.Marcel quoted a video clip uploaded by the TikTok account @info_viral_hari_ini.

Marcel’s look in the video looks different than usual. If in general he resembles the whimsical look of red, this time he is actually dressed in black with a turban on his head.

Read also:
Taking up Habib Jindan’s challenge, Tuku Iqbal Johar ready to represent Laal Magician in shooting: I am ready, I am ready

In the video, Marcel said that the East Java Regional Police asked Gus Samsudin to prove the contents of Marcel, who was said to have defamed his good name. However, it is said that Gus Samsudin did not want to prove it.

,East Java Police has tried, oh well, instead of having drama, let’s meet Marcel, let’s prepare the arena, but Mas Udin has many reasons to say no to East Java PoliceMarcel said imitating the officer’s sentence.

In fact, the East Java Police had also asked for evidence. Samsudin is asked to dress the person he thought had been exposed to witchcraft, then challenges Marcel to see if he can expose him to witchcraft.

Marcel admitted that he received many questions when asked for the information. One of them pertained to the intent of the video that allegedly defamed Gus Samsudin.

,I explained that what I was discussing was education, not Chaal Mas Udin. that’s the trick he practices, so it’s educational,” he explained.

,After everything is answered and recorded, we will see if he protests or not. so i’m just asking for clarification,” He added.