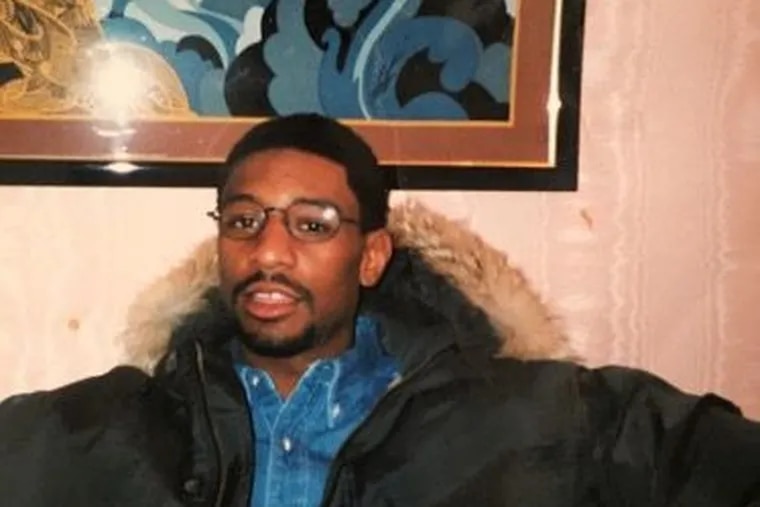 Before Kobe Bryant rose to stardom as a teenager at Lower Merion High School, there was Sultan Shabazz. Who, you might ask?

Two years ahead of Bryant at Lower Merion, Shabazz was the star guard on the Aces’ basketball team before Kobe arrived. Already a quasi-phenom in Philadelphia basketball circles, Shabazz seemed destined for big things—this was a kid who had scored 60 points in a game as a preteen.

“He was the greatest player I ever played with,” Doug Young, a former teammate of Shabazz’s, told The Inquirer. “He was the first basketball event in my life.”

But even after a forgettable season together, Shabazz was long gone by the time Lower Merion, a school with little basketball history to that point, had ascended to national prominence with Bryant in 1993-94.

Where had he gone? And why have you never heard of him until now?

Mike Sielski has the untold story of the player Kobe “couldn’t beat” one-on-one.

We want to know who the best men’s or women’s high school basketball player you ever saw play was: sports.daily@inquirer.com

But as Olivia Reiner and Giana Han uncovered, Yandle’s path to 965 has been anything but assured. Whether it was an ankle injury on the first night of a back-to-back, a broken jaw, nine lost teeth and 20 hours in a dentist’s chair, scoring a goal in a game he was initially supposed to be scratched in, or most recently dodging COVID-19, Yandle has answered the bell every time he has been tested.

How many more consecutive games will Yandle play? That is up for debate, but for the moment he can proudly claim a spot at the table next to fellow Iron Men Cal Ripken Jr., Brett Favre, and AC Green. Not bad company for someone his father, Buddy Yandle, once said “could be a pain in the neck.”

Unfortunately for the Flyers, the good vibes didn’t carry over to the ice, as the team squandered a 2-0 lead and dropped a 4-3 decision to the Islanders. With the loss, the Flyers set a team record with their 13th straight defeat.

Next: The Flyers host the Los Angeles Kings on Saturday at 1 pm (NBCSP).

James Harden has been the talk of the NBA in recent weeks, with rumors about his displeasure in Brooklyn and connections to teams in the league dominating the airwaves. The 76ers have been at the top of that list because of the ongoing Ben Simmons saga.

But how exactly would that work? The Inquirer’s Keith Pompey points out three ways the Sixers could land Harden and digs deep into each option.

On Tuesday night, the Sixers followed the lead of Joel Embiid and Tobias Harris on the way to a 117-107 victory over the New Orleans Pelicans.

Next: The 76ers play the Los Angeles Lakers on Thursday at 7:30 pm at the Wells Fargo Center.

The Hall of Fame outlook for several Phillies developed a bit on Tuesday night. Former Red Sox slugger David Ortiz was the lone member of the class to garner enough votes from the Baseball Writers’ Association of America to be elected to the Hall of Fame, but former Phillies third baseman Scott Rolen could join him someday. In his fifth year of eligibility, Rolen climbed to 63.2% of the vote – 75% is needed to be elected – as he continues the steady climb from 10.2% in his first year. Meanwhile, it was mixed news for Jimmy Rollins and Ryan Howard.

If the Eagles are going to keep Jalen Hurts as their starting quarterback, the team brass had to be very interested while watching the recent playoff games. They’re seeing quarterbacks with top arms leading to great outcomes. And according to columnist Mike Sielski, that complicates the situation with Hurts. Despite the gains Hurts has made as the starter, the lure of acquiring a quarterback who offers a better chance of winning playoff games is there.

Whether it’s Hurts or a surprise starter next season, the Eagles are starting to bring on young talent that the team can build around. DeVonta Smith and Landon Dickerson are among the rookies who received top grades from beat writer Josh Tolentino.

One veteran who experienced some bad luck is offensive lineman Brett Toth. Getting a chance to play center in the regular-season finale, he tore his ACL, and surgery to repair it could lead to a lengthy recovery process.

The Union have established themselves as one of the best clubs in MLS at graduating academy players on to the first team — Mark McKenzie, Brenden Aaronson, Jack McGlynn, the list goes on.

Left back Anton Sorenson is the latest to make the jump, the Union announcing Tuesday that the birthday boy was joining the first team. The 19-year-old, who was born in Haiti and grew up in Michigan, joined the Union’s academy in 2019.

“Anton is a promising young player and a natural left-footed defender that will be a valuable addition to our back line,” Union sporting director Ernst Tanner said in a statement. “He is an attacking-minded outside back who looks to play forward quickly in transition. His mentality, aggression, and physical skills provide a platform for Anton to become a valuable player as he develops further.”

We asked you on Tuesday morning which Phillies player you most wanted to see in the Hall of Fame.

You answered in droves, with about 60% of you voting for Dick Allen, who agonizingly came up one vote short last month. Here’s to hoping Allen gets his long-overdue election in 2027!

The Los Angeles Clippers came back from a 35-point deficit Tuesday night to shock the Washington Wizards, 116-115. The comeback win was the second biggest in NBA history. The biggest? That would be the Utah Jazz’s 36-point rally to beat the Denver Nuggets on Nov. 27, 1996.

On Tuesday night, the Clippers did not lead until Luke Kennard’s four-point play with just 1.9 seconds left.