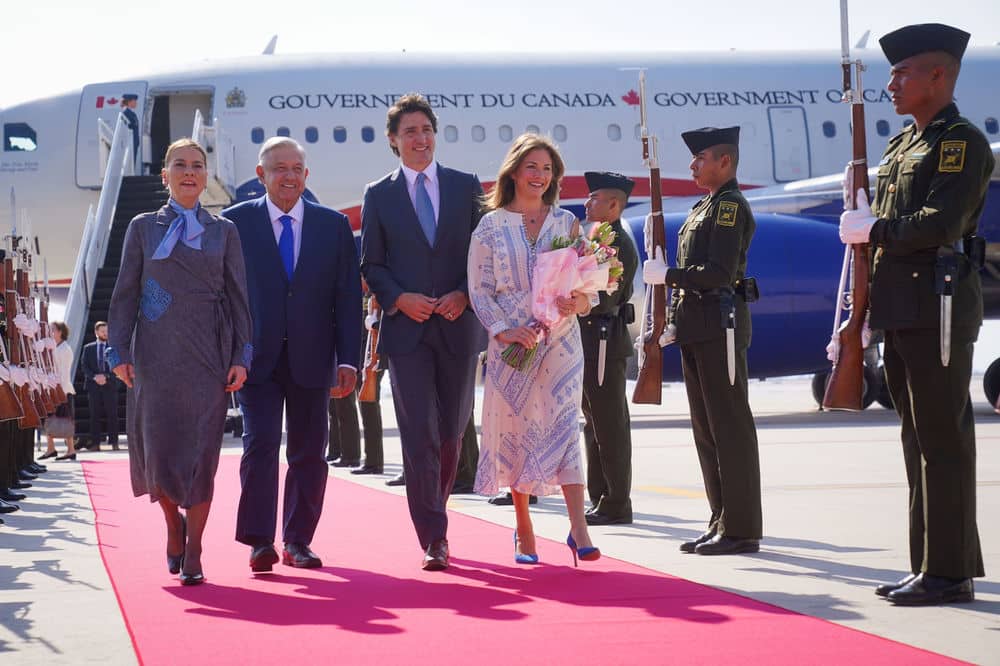 * The first Mexican President highlights the good relations between the two countries; Confirms that Canada has been generous in granting temporary visas to compatriots

* Underlines that Canadian companies invest in Mexico without barriers

Zampango, State of Mexico, January 9, 2023.- “We receive with great love the Prime Minister of Canada, Justin Trudeau, and his wife, Sophie Grégoire Trudeau, in our country,” the President of the Republic, Andrés Manuel López Obrador, reported on social networks, leading the reception from “Felipe Angeles”. Done ”(AIFA), which takes place within the framework of the North American Leaders Summit.

“Our relationship is more than good. Canadian companies invest in Mexico without any barriers and the Canadian government has been generous in granting temporary work visas to our compatriots.

During the reception, President López Obrador, Prime Minister Trudeau and their wives were escorted by a fence of honor by the Mexican military.

The Canadian President and his wife arrived at the National Palace at 6:35 p.m. today to attend a trilateral dinner in the Dining Room with their counterparts from Mexico and the United States.

Meanwhile, President López Obrador leads the reception for President of the United States Joseph Biden and his wife Jill Biden at 4:15 p.m. in the Courtyard of Honor of the National Palace.

At 5:00 p.m., a United States–Mexico bilateral meeting is scheduled in the Ambassador’s Room, which will be led by the two heads of state.