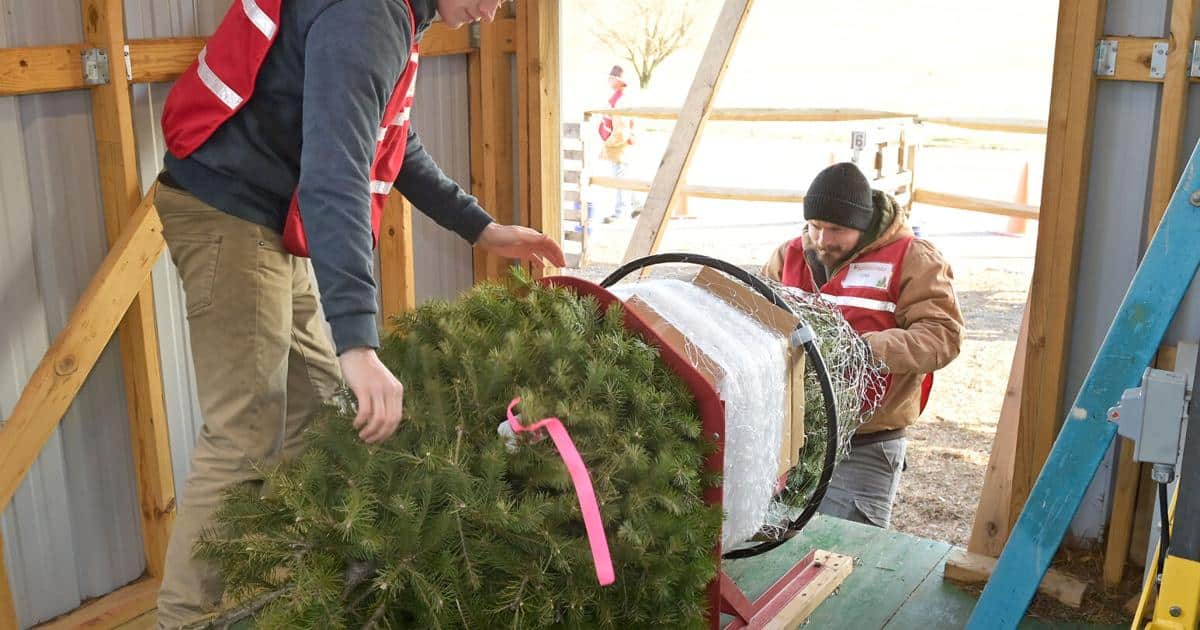 Inflation, the business cycle, aging growers and, in Pennsylvania, drought are among the factors driving higher prices for natural Christmas trees this year.

According to industry estimates, natural trees are likely to cost about 10% more this holiday season.

“I don’t think anyone can argue that the prices are higher than in years past,” said Aaron Grau, a spokesman for the Pennsylvania Christmas Tree Growers Association.

The National Christmas Tree Association reported in January, based on an online survey of nearly 2,000 adults buying trees during the 2021 season, that the typical price for cut evergreens last year was about $70. A 10% increase — the association’s “best estimate,” said Tim O’Connor, associate executive director because the group plays no role in pricing — would bring the typical price closer to $80 this year.

But he cautioned that estimating how much trees would cost on a retail lot is challenging. Christmas trees are often sold at small farms and pop-up lots, and reports can be inconsistent. Therefore, reliable industry data is scarce, he said.

Nearly three-quarters of tree growers said their wholesale prices are likely to be 5% to 15% higher than last year, according to a survey of 55 growers by the Real Christmas Tree Board, a grower-funded group that promotes natural Christmas trees. According to a separate survey of trees. and is supervised by the Department of Agriculture.

Several factors have contributed to the rising cost.

“The drought has affected the inventory or some species of trees in some parts of Pennsylvania,” Grau said.

The economic cycle also plays a role. Grau said oversupply pushed prices down about eight years ago, resulting in growers planting fewer trees. Due to which the prices have increased today.

“Another factor that played into this is the aging workforce,” Grau said. “It takes a lot of work to maintain a tree farm.” The result is that tree farms close when the owners retire, he said.

While prices have risen, Lancaster County tree growers and retailers said there appears to be enough supply to meet demand.

“What I see is that there is enough supply, but you might not get your first choice,” said Randy Hunt, owner of Hunt’s Christmas Trees at 465 Stehman Church Road in Menor Township. “And if you want to cut your own tree, it may be limited or not even available because tree tagging started earlier in the season.”

Hunt prices range from $50 to $450, depending on size. The most popular varieties are the 8-foot Fraser Fir, the Douglas Fir, and the Concolor Fir.

“The reason for the increase in prices is the cost of all imports,” Hunt said. “Everything has doubled. The supply to grow trees has doubled in the last one year. Labor cost too, you have to pay a lot to keep staff. Prices go up 10-20% depending on size and variety. goes,” Hunt said.

The farm sells about 1,300 trees each year. Hunt said, “Weather is always a factor because we’re an outdoor venue, but I expect this year to sell at least as much.”

They’ll be open until December 23 or until their supplies last.

Last year, the average price for a cut of evergreen at Frey’s Greenhouse, 1501 Columbia Avenue in East Hempfield Township, was between $65 and $75, according to manager Michelle Fritz. “The trees have gone up a bit this year, so they sell for about $65 to $80, depending on what kind of tree you get,” Fritz said.

“I would say the total cost of care and maintenance of the tree drives up the price,” said Susan Miller, owner of Miller’s Christmas Tree Farm at 470 Trail Road North in Mount Joy Township. “The price of gasoline for machinery contributes to the price of trees. Supply and demand also affect this,” he said.

“We have a good supply of pre-cut trees. We are a tree farm, so everything we sell is fresh,” Miller said. “We will continue to sell until Christmas until we run out of trees like last year. We ran out of supplies and we closed before Christmas.

“We have smaller trees for the budget conscious, and since we sell by the foot, we can meet everyone’s budget,” Miller said.

Sidebottom said that buyers can generally cut costs by looking beyond “premium” grade trees, which are fully proportional to the lower grade, which may have defects such as a “bare” spot or two. You can place the tree in such a way that the fault is towards the wall.

Different types of trees have different prices. So if Noble or Fraser fir is too expensive, consider Scotch pine, which may be less expensive.

Buyers can also save by skipping extras like “flocks” or applying artificial snow to the tree. DIY kits are available, but be prepared for a little mess.

success! An email has been sent with a link to confirm list signup.

Mistake! There was an error processing your request.