The “Quantum Brain”, the Mysterious Theory That Explains Why We Have and How Our Consciousness Arises 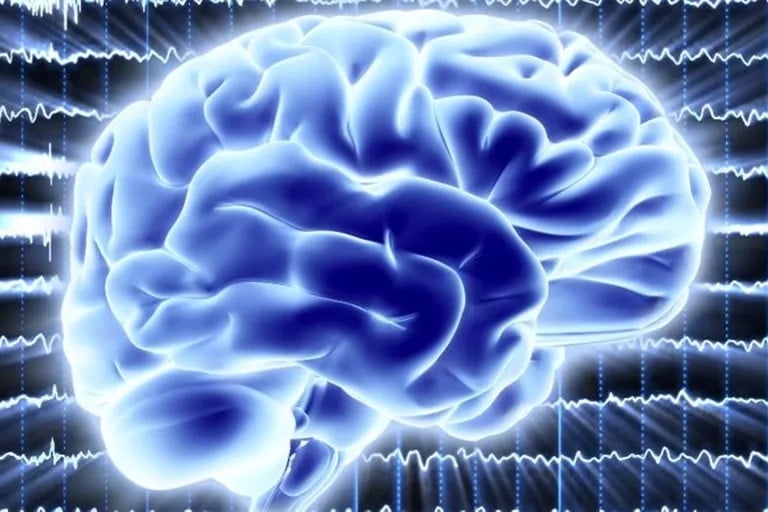 What is going through your mind right now as you read this note? How do you perceive information and at the same time pay attention to your surroundings, perceptions and feelings?

Despite advances in the study of the brain, the question of what consciousness is and how it arises remains a mystery. Two recent studies at the Institute of Neurosciences at Trinity College DE Dublin in Ireland suggest that the answer to that mystery may lie in quantum physics.

In the quantum world, the certainty of classical physics gives way to a dimension of probabilities. And there are also events that may seem strange, such as connection between objects even at a distance,

Both studies, published in the journal Journal of Physics Communicationsindicate that The brain may act as a quantum computer,

If the researchers’ results are confirmed, they could help understand not only how the brain works, but what happens when cognitive decline occurs due to age or disease.

In the realm of classical physics, which includes everything from tables to planets, objects have fixed positions and motions.

In physics on the very small quantum scale, on the other hand, particles They do not have fixed locations, rather they are likely to exist at a given place and time.,

This scale also has the so-called critical conditionA phenomenon that occurs when two particles are so coupled that what happens to one immediately affects the other, no matter how far apart they are.

“Quantum physics is generally probabilistic because we can never know with certainty what a specific thing will become.”

What was involved in the experiment?

In the first study, López Pérez and his co-authors, Christian Kerskens of Trinity College, used MRI machines Modified to scan the brains of 40 individuals.

For magnetic resonance imaging (MRI), strong magnets cause magnetic particles in the body to line up in the same direction. Then the movement of matter inside the body can be seen.

In case of study, What scientists saw in the scanner was the behavior of protons in the brain,

“There is a lot of water in the brain. In magnetic resonances, a signal is sent, a pulse so that the protons in the water get excited, and then return to their original state”, explained López Pérez.

“It’s like when you have a party. They are all talking among themselves and suddenly the DJ is playing the music that everyone likes and everyone turns to the DJ to listen to the music. And when that music ends, everyone goes back to what they were doing. This is what is done in magnetic resonances to measure water protons.

Scientists found in this experiment that a quantum entanglement between protons in the brain was recorded.

,Protons interact with each other, it’s as if they were separated and suddenly a relationship is established,

“The experiment is something that hadn’t been done before, because what we did was saturating the signal. It’s like a DJ playing great music all the time, and people are always looking at it. lets see.”

To find out how the brain works, the researchers applied a tool developed in the past to try to test a phenomenon called “…quantum gravity,

“It avoids the difficulties of finding measurement instruments for something we know nothing about,” Kerskens explained.

In MRI experiments, the detected systems are entangled protons. And the unknown system they interact with is brain function.

“we confirm that the protons are entangled because there is a function that is mediating this entanglement, and for us that act is the conscience that mediatesLopez Perez said.

“We can’t measure it directly, but we measure protons.”

The scientist explained to BBC Mundo that “quantum gravity is a purely theoretical world that has not yet been explained experimentally, which seeks to unite two theories that are not compatible a priori (quantum mechanics and the theory of relativity). To this end they have postulated the graviton, which is something that is not known what it is but would be a bridge between the two theories.

“It is as if we have two people with different political views who have not been able to reach any kind of agreement, who thanks to an interlocutor can put aside their differences and sit down to talk. Huh.”

“We propose something similar in the brain. We propose that the way our MRI signal works cannot be explained classically.”

“We see that protons are entangled, but we don’t know how or why. Well, what we’ve done is taken the ideas of quantum gravity and proposed There is an intermediary in that process that allows this to happen. for us he is the arbiter conscience,

Scientists began to think about the connection with consciousness as a patient fell asleep.

“Previously we didn’t think there was a connection with consciousness. The idea came to us from a participant who apologized for sleeping in the scanner.”, López Pérez confirmed.

“This is the only explanation we have found, but we need to reproduce the experiment and do a more advanced study that allows us to present in the two recently published studies.”

The scientists also observed a correlation between the entanglement signal and the heart’s function.

“Our signal is very sensitive to any disturbances and The signal coming from the heart will definitely interrupt the interlacing And that’s why our signal was similar to an electrocardiogram,” López Pérez said.

The scientist explained that the entanglement signal is very sensitive.

“If you’re in an MRI and you move, the signal is lost.”

“And what the heart does is it’s sending blood all the time. When blood enters the brain, it expands and contracts. When it expands, the cerebrospinal fluid exits and blood enters. When it contracts , the blood leaves and the liquid comes back.

“So we believe that this movement generates the signal change, because we are missing that quantum relationship because of the movement for a very short moment.”

“We found that changes in the entanglement signal and heartbeat they were temporarily quite coupledThey were in sync.”

In a second study, the researchers showed that signs of entrapment also depended on the age of the participants.

In this second experiment, magnetic resonance images were obtained from two groups of patients differentiated by age. One of them had people aged 18 to 30, and the other had people 65 years or older.

,We found significant changes in the signal with age,

“It’s something we still can’t explain. We also did an experiment with some patients with depression. They were few, but it seemed that the signs were also different.”

“So what’s going on there with the interlacing? Is it that those brain communications don’t work well anymore?

“We know that with age there are many structural changes in the brain, it gets smaller, blood pressure goes up, blood flow changes.”

,Perhaps in the future these studies can be used to create some kind of medicine.,

Kerstens added that “since brain functions have also been linked to short-term memory performance and awareness, it is likely that quantum processes are an important part of our cognitive and conscious brain functions.”

The researchers note that the next step is to conduct large-scale studies.

“What we were trying to do with the experiments was basically Prove that the brain can behave in a quantum way. We wanted to provide physical proof of something that has been talked about for many years. Because it has been speculated that the brain may be quantum since the time quantum mechanics was introduced in the 1930s or 1940s,” López Pérez said.

“But no one has been able to prove it.”

“What we try to do in the study is consistently throw away classical physics to prove that ultimately the brain behaves in a quantum way.”

The Spanish scientist pointed out that classical physics could explain many aspects of the brain, such as changes in blood flow or the activation of neurons.

“But consciousness, for example, is something that is not understood.”

,I believe that if we want to understand the brain, we have to go one level further down the quantum scale.,

“With this study we hope to make our work in the field of neuroscience and follow a line of research (the quantum world). The interconnection cannot exist in a warm and moist body like our brain), but no scientific evidence as we present was found.

For Kersten, “Quantum brain processes may explain why we can still outperform supercomputers when it comes to unpredictable situations, decision-making or learning something new. Our experiments…the mysteries of biology and consciousness can shed light on.