The road from Escuinapa to Nayarit is already in progress: SSPE 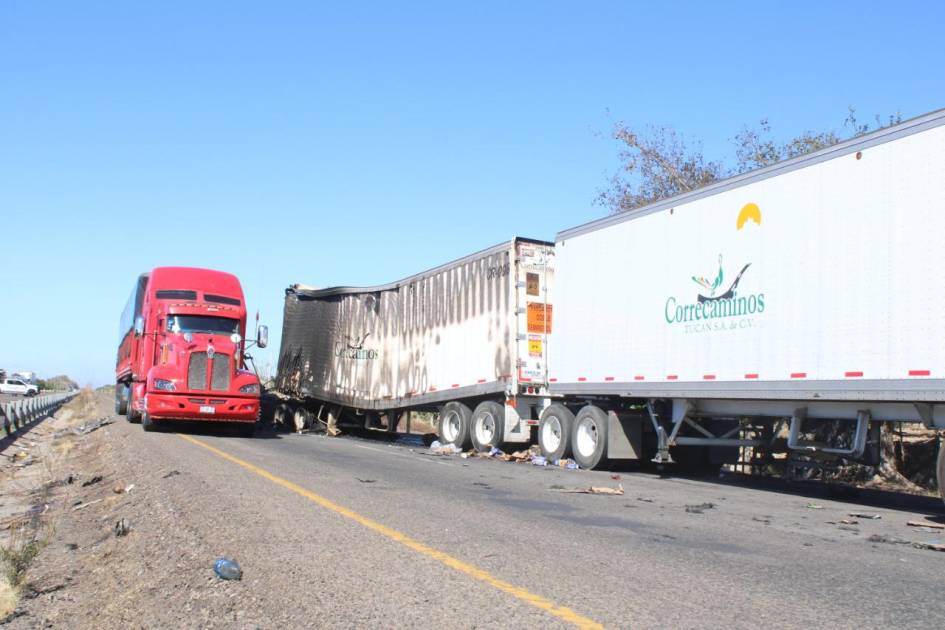 Through its Twitter account, the SSPE also announced this Friday that the Mexico 15 highway is partially open in the section called La Muralla, with only one trailer waiting for a crane to completely free the highway.

Between the Mazatlán-Tepic Highway and La Concha, on the border of Nayarit, there are at least 20 burnt vehicles by the south exit, units that correspond to national companies, others that transport grocery products, cars and other types of material Huh.

And it is that this Friday morning the Mazatlán-Tepic highway woke up with restrictions on traffic and was closed in several sections due to the fact that there were vehicles that were burned, mainly trailers, and crossed the road, However there were no longer active blockades or observe the presence of armed groups.

In addition, there were long queues of vehicles trying to enter or leave Sinaloa, but this was not possible.

Only a few small units could be operational.

People were already desperate to wait so long to resume their journey.

Access by the free highway Mexico 15 to the south in Tecualilla was cleared since this Friday morning, with the removal of the remains of the burnt vehicles in the junctions, the Mazatlán-Tepic Highway and the free highway.

The National Guard remains in the area, while the Department of Public Safety, Civil Defense and the Esquinapa Fire Department are in charge of removing these units.

Faced with the friction of the iron, the vehicles began to turn again, so firefighters were able to push the vehicles to the side and open the lanes.

“Small cars pass quickly, there is already surveillance on the highway, the Mexican army is in Loma Atravesada, it is being monitored,” said Juan Carlos Nataran Ovando, director of public safety and municipal traffic.

He indicated that security would likely continue to be strengthened and that the military presence would remain, his work being focused on making roads clear.

The police chief also made visits to El Trebol I, following reports of vandalism of four abandoned vehicles that allegedly belonged to an armed group, which included a black Suburban, a large black Cherokee, a black Ram and a white One of the vehicles, the Chevrolet Cheyenne, was armored.

Nataren Ovando urged the population to avoid circulating videos of new blockades or cars on fire, as these are from Thursday’s events and do not correspond to the current reality.