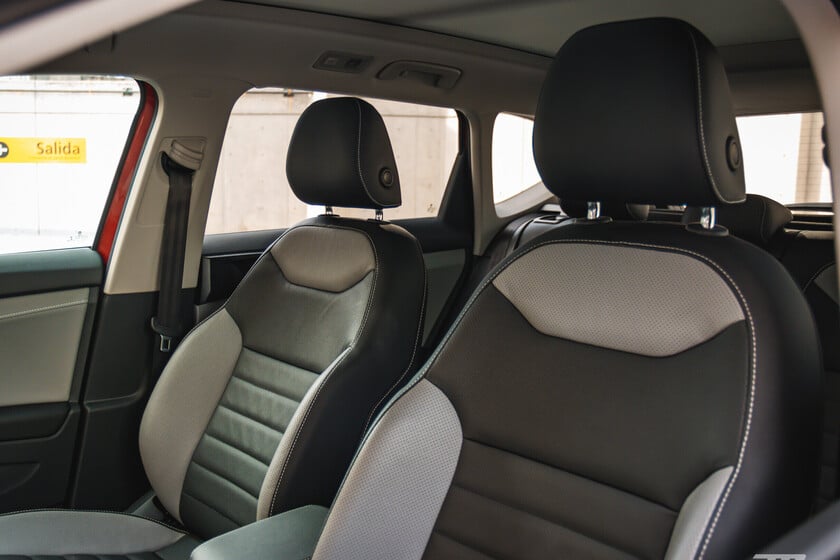 Have you ever wondered which is the safest seat in the car? Or at least, is anyone? The answer is yes, although you should know that shifting all responsibility for its integrity to a specific place will not work miracles if the car in question does not have the necessary protection.

According to the information, the safest seat inside the car was the center rear, as indicated Latin NCAP that based on various impact tests conducted over the years, they have determined that the position is, in fact, the one that resulted in fewer injuries in the event of an impact.

Although, other information today revealed in a study conducted by insurance institute for highway safety (IIHS) that in the United States contradicts the above And it has enough reasons to say the truth.

They state that the front seats are the safest in a vehicle because these seats integrate the most protection when compared to the rear seats. Be careful here though and they don’t mention it, but you should also remember that they actually have more security, but a high risk,

Continuing with what the study noted, They point out that the number of airbags at the rear is low or absent And that seat belts without pretensioners are the two main reasons that led to the results.

One of the common factors in that study was that most of the injuries sustained by rear occupants were due to excessive pressure on the chest Because of the seat belt.

we’ve all heard it sometime The safest place to ride in a car or even on public transportation is right behind the driver.Or failing that, on the side the person is driving, remembering that in other countries this position is on the right.

The main reason for this theory is that it is said that at the moment of impact, the conductor will instinctively Will do everything possible to “protect”Leaving its opposite side around, which in Mexico’s case would be the right side.

Will this still be true? Honestly, we don’t have the answer, because various investigations like the ones we’ve already done refute this theory, even though new studies, there is still some logicAlthough clearly there can be many external factors involved in the issue of a traffic accident which may go against human instincts.

security is not a luxury

It is clear that with the advancement in safety today, the rate of saving lives in the event of an accident has increased, however, Still a long way to go It is also no secret that the safest vehicles – for the most part – are also the ones that cost more, irrespective of brand or segment.

from the study that showed the IIHS Highlights the need for greater focus on rear occupant protection And of course, the presumption that the middle seat in the back was the safest.

What happens to the children?

He doesn’t change. Despite the fact that studies indicate that the front seats are the safest we have already mentioned, we emphasize once again that these positions pose a greater risk, therefore Children under the age of 12 years in any way or measuring less than 1.45 metersThey should go ahead.

Another study by the same institution specified that the child seat should be placed in the rear middle seat until age 8, as the level of safety was the same—using ISOFIX Anchorage System– between the front passengers and the seat of the minor.

in fact, in Mexico City Carrying a minor in a car without a safety seat or, in the worst case, placing them in front of the legs of some of the passengers, beyond the greater risk they pose, is the basis for a fine that can go 5, 10 or 20 times the unit of measurement and update, ie up to $2,074.8 pesos,