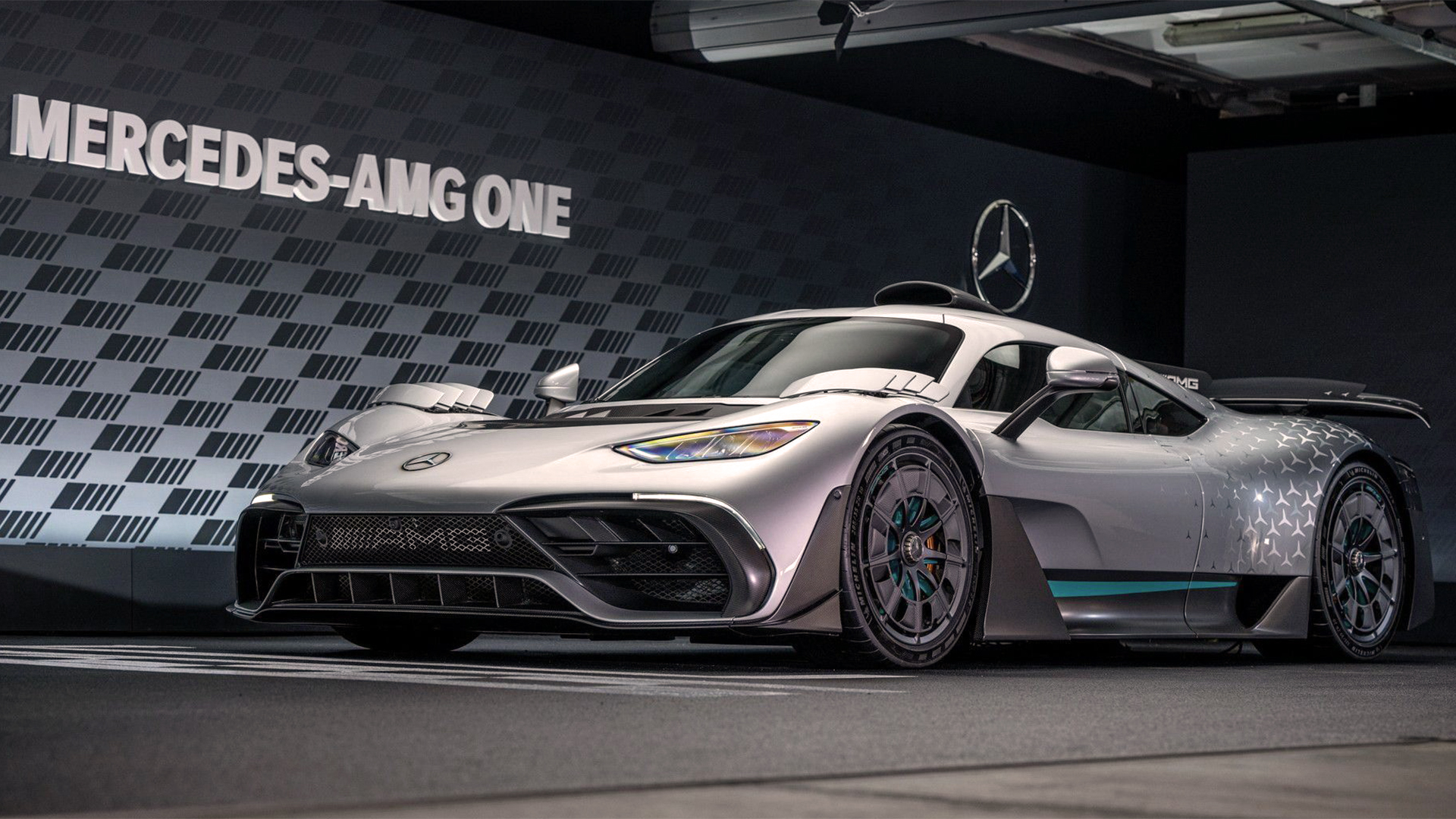 There will be only 275 units of Mercedes-AMG One. These are handcrafted in England but delivered to their owners in Germany

Despite being a Mercedes, AMG One It is not made or manufactured in Germany, but in England, just like the cars that Lewis Hamilton and George Russell drive in the Formula 1 World Championship. And this is not accidental but reason, because This is the most extreme road car ever built by Mercedes and it has a direct relationship with the brand’s most successful racing car of all time, historically recognized as “silver Arrow.”

The project is so ambitious that Mercedes CEO Ola Kalenius, said last May that the prototype was already finished and that production would start soon, that “We’ll be drunk when we said yes.”

What is special in this car? nothing more and nothing less Its power plant, as it is not an engine, but a combination of thermal and electric propulsion, is similar to that used six times by Hamilton and once by Nico Rosberg to win the Formula 1 World Championship between 2014 and 2020. was used for. 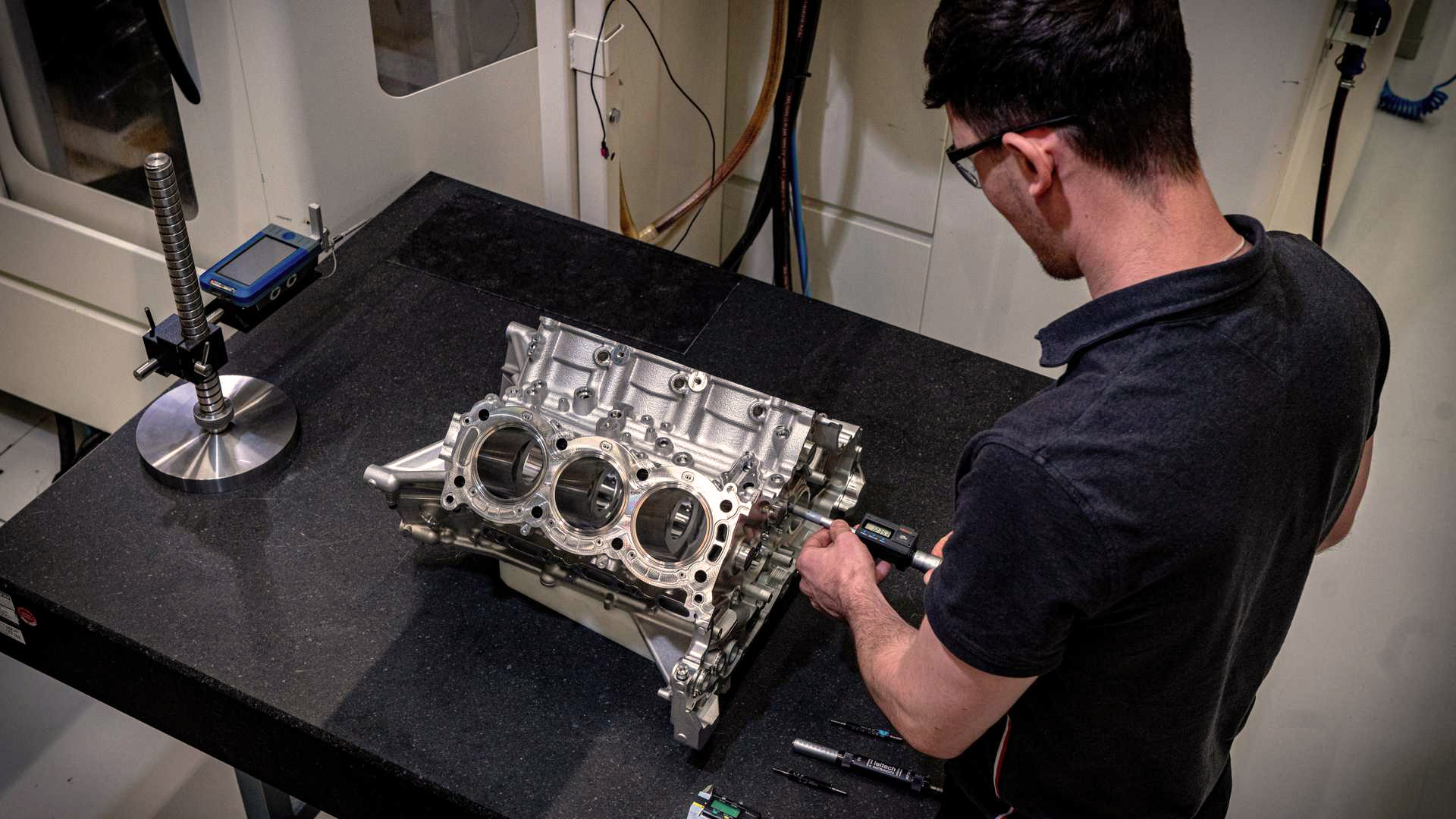 Although it may not sound realistic, this tiny heat engine is capable of generating 670 cv of power at 11,000 rpm

There is only one thermal engine, the same 1.6-litre V6 from race cars that churns out 670 CV of power. But instead of one electric motor, there are four that the AMG One is equipped with. Two are connected directly to the turbo and the other two are connected to the front wheels to generate all-wheel drive. With this, the total power of the vehicle amounts to 1.063 cv and 11.000 rpm. And the reason the car is made in England is precisely because the engines come from the factory Brixworthwhere F1 is assembled.

the plant they have equipped Multimatic, the company with which Mercedes is associated to produce this model extreme is on the road CoventryBut The 275 AMG ones that will roll off the production line will be delivered to Germany. Despite its price, €2.7 millionall models already sold out before starting your assembly. 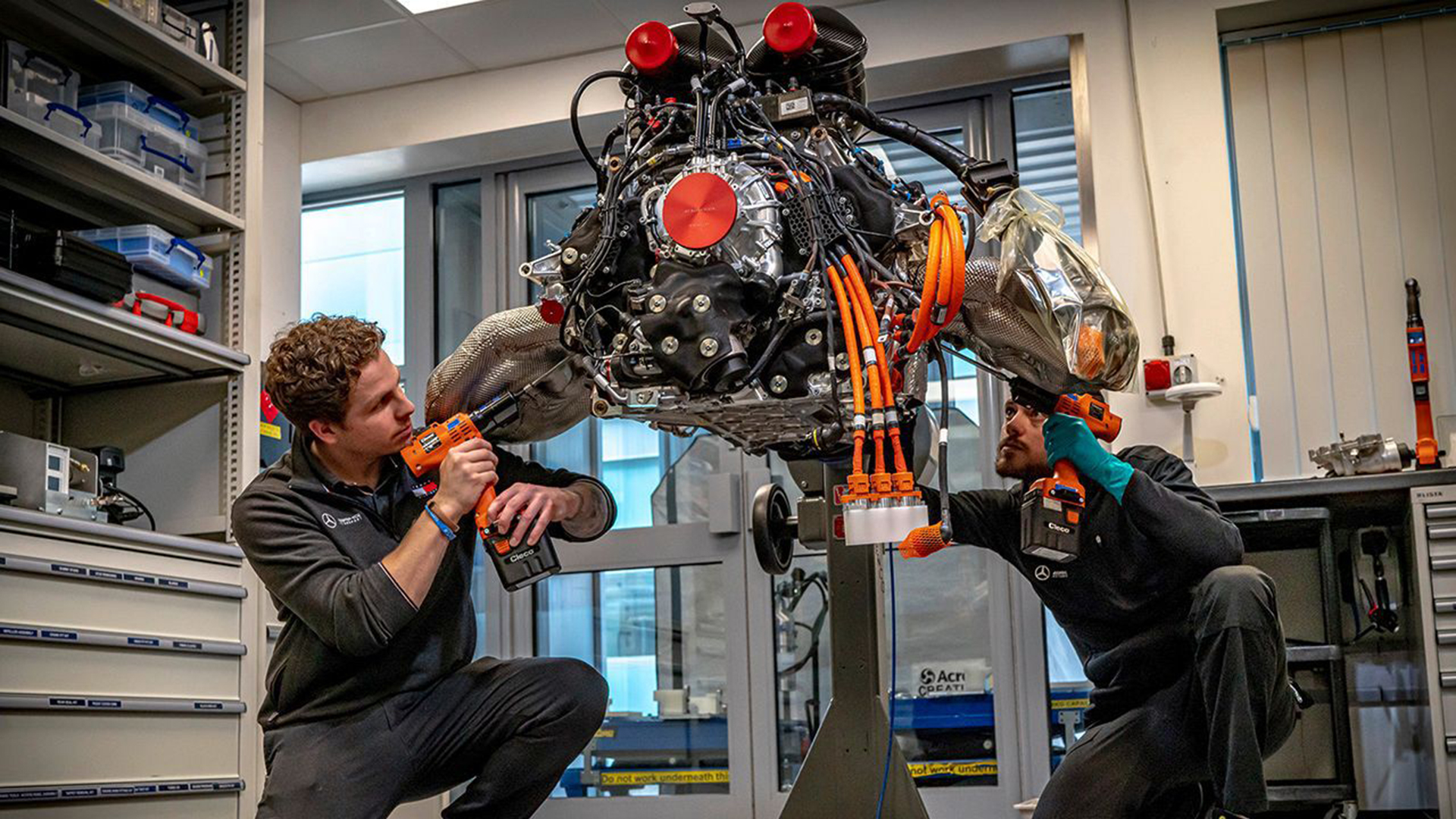 Once finished, the engine leaves the F1 factory in Brixworth for Coventry, where it is assembled into the car.

The manufacturing process of each AMG One is virtually handmade, It is performed by 50 people and has a production cycle of 16 work stations which are summarized in 12 different stages.

In the first 4, the mechanical parts are assembled, Installation of all low voltage components, and necessary powertrain components, which Includes total electrical installation. 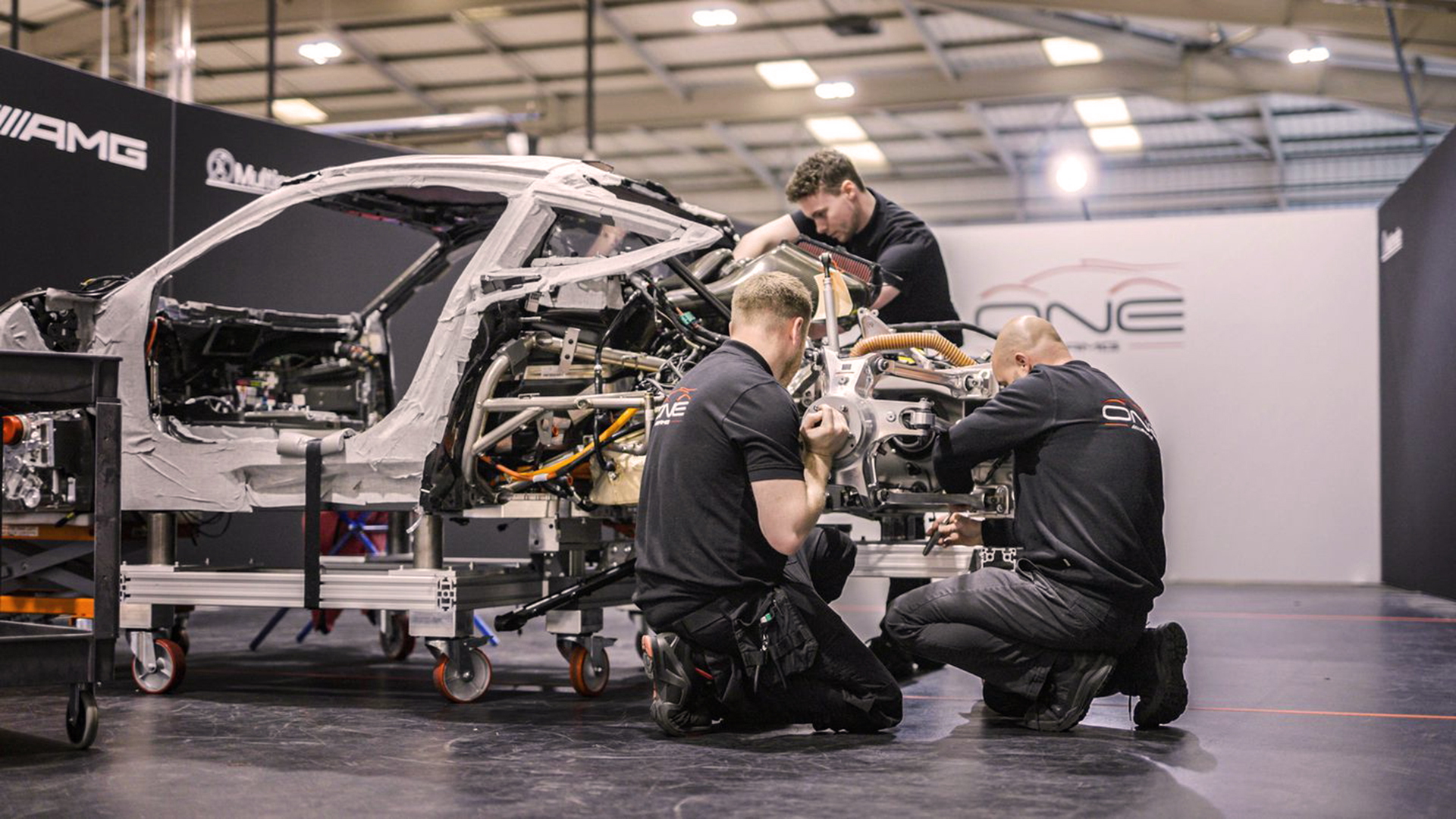 One of the first steps in construction is to lay the mechanical parts and complete electrical and electronic installation.

Station 5 and 6 is where the high voltage battery is involved and make high voltage connections, performance testing of combustion engines and electric motors, That is to say, already at that point, the first start-up of the vehicle is performed.

station 7 is where The interior of the cabin or passenger compartment.

At stations 8 to 10, body exteriors and doors are placed. Starting with the monocoque cover, then the doors and bumpers and finally the aerodynamic appendages. 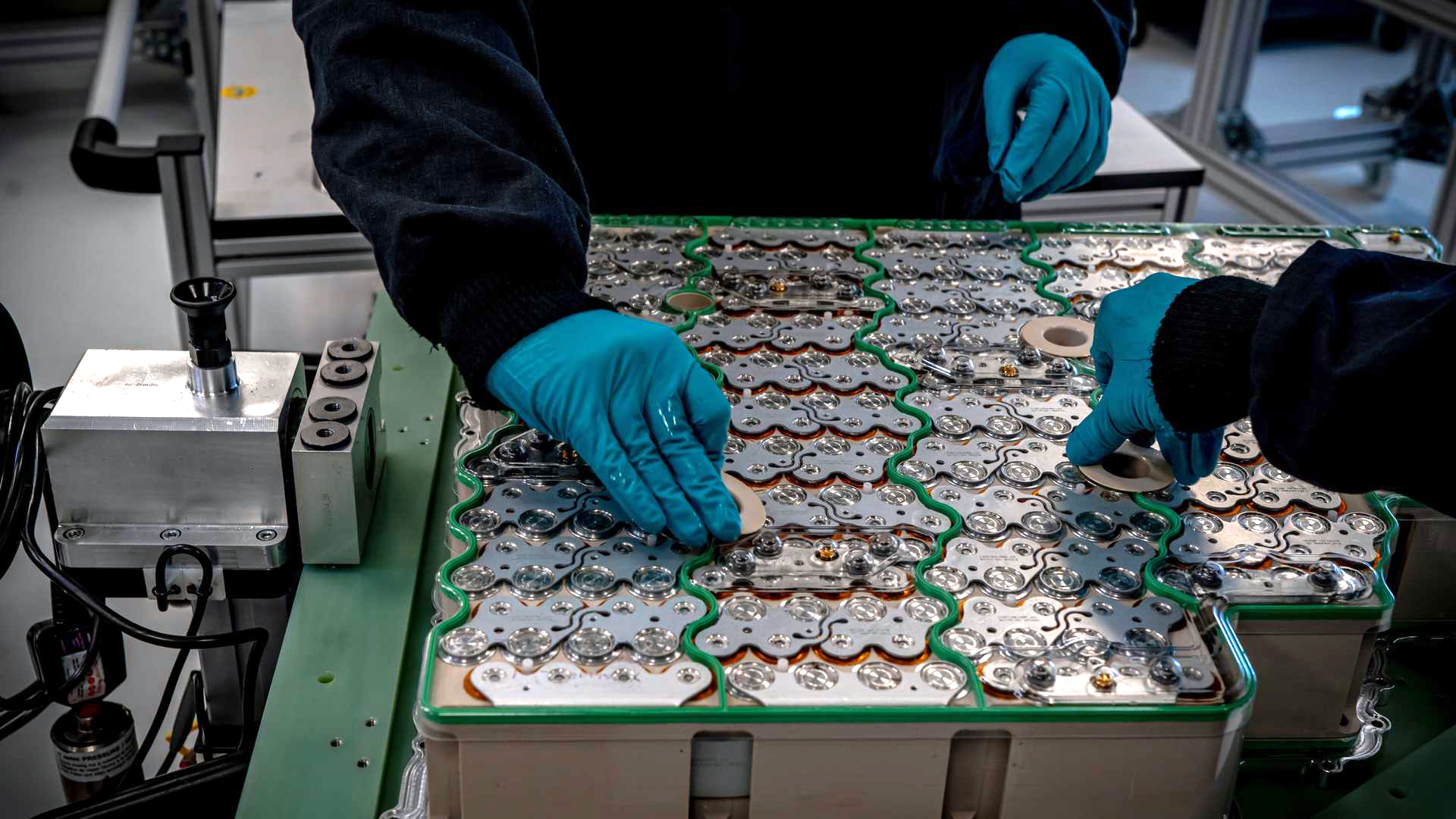 12 checks and adjusts the wheels and Lights are put on.

station 13 is dynamicSince that time, the car goes near roller dynamometer to try all driving mode Vehicle.

station 14 is built on ensayos conocidos como NVH (noise, vibration and stiffness) And any adjustments that may be necessary are made. 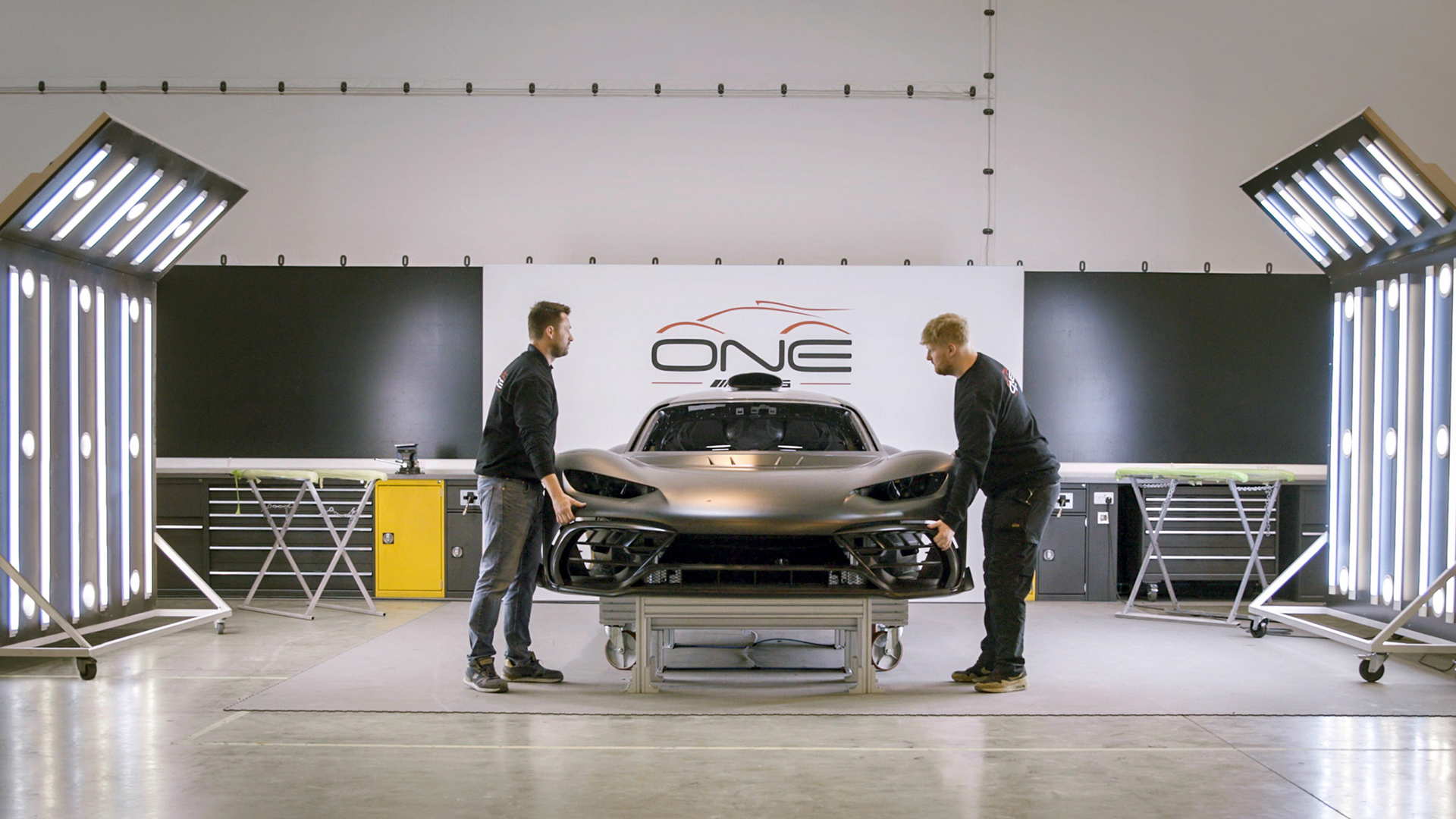 Station 15 is dedicated to testing the assembled car exposed to heavy artificial rain To test the tightness of the cabin and parts such as lights and electric fields.

And finally, The classic and final station of a production line, number 16, is one that, inside the cabin of intense lighting, requires a visual inspection. Functional testing of all surfaces and all components. 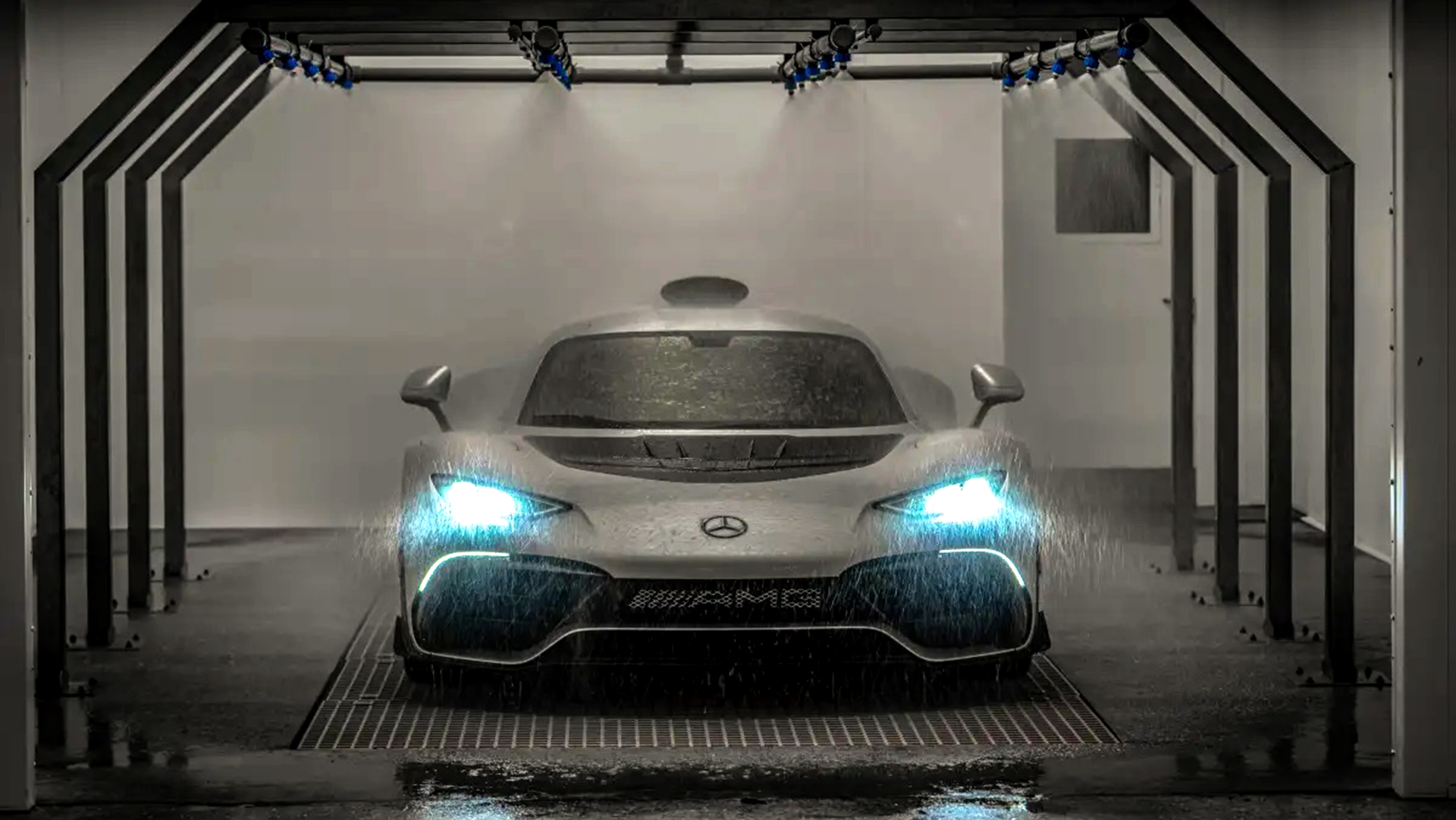 Once assembled, each AMG One undergoes heavy rain and roller dynamometer testing to verify tightness and waterproofness

During all these phases, As per the customization of each vehicle longer time is possible, Either inside, special to station 7 or somewhere else. If it’s painting, it doesn’t take longer than usual, as the panels already reach the assembly line with their final finish.

once finished, Each car is taken for a circuit test near Coventry Silver, and after being verified in external dynamic tests, is carefully packaged and loaded onto a truck destined for Affalterbach in Germany, Where it will be delivered to its owner.

He announced that the first hydrogen SUV would be built by 2025. will be done from
Sally is the actual street version of the female character from the movie Cars.
Who is he and how does Norman Choi think, the man who brought De Tomaso back to life?