The ‘super rich’: 3 myths that Mexico needs to bust The “super rich” are the people who have the most wealth in the world.

In the case of Mexico, there are 15 characters that fall into this category; His net worth is more than $1 billion. Leading the list not only in the country but in Latin America and the Caribbean is Carlos Slim, leader of Grupo Carso.

This contributes to inequality in Mexico. According to data from the National Council for the Evaluation of Social Development Policy (Conval), 43.9 million Mexicans live in poverty and of these, 8.5 million are in extreme poverty.

Added to this is the meritocratic discourse that is prevalent in the capitalist system, as well as some of the myths that “protect” people in this circle.

These are the ones that Oxfam Mexico identifies in its study «Who pays the bills? The myth behind the taxes on large fortunes in Mexico.

1. He earned his fortune through hard work

How many times haven’t we heard that we should “give it a shot” to be part of the “super rich”? This goal, which is practically impossible to achieve, causes the population to remain frustrated for not reaching the socially imposed goal.

This is because of people who have a fortune of more than $1,000 million, 10 in 10 of them inherited that money, “even though they may have been relatively wealthy before becoming billionaires, because they belong to those dynasties.” Who perpetuates their wealth and power.” “From generation to generation in a country where there is no tax on large inheritances”, details the organization.

«Three of them entered the list only in 2022, after inheriting – either in death or in life – all or a part of their fortunes from their parents. Eight of them – including the three largest in the country – were consolidated by the Mexican government during the 1980s and 1990s in a wave of privatizations such as banking, telecommunications, airports and roads”, he adds in the study.

Added to the above, the six “super rich” have access to state concessions in sectors such as mining and telecommunications.

Those earning more than 500 million pesos per year (MDP) represented barely 0.03% of the total collection of federal taxes and 13.6% belonging to individuals in 2021.

“Meanwhile, large companies in Mexico will pay effective income tax (ISR) rates of between 1 and 8% of total income until 2021, depending on economic activity, well below the 30% established by law”, Oxfam Mexico exposes.

Why does this situation happen? This is because of the various strategies they use to reduce tax payments, despite the fact that they always “win” and especially more so after the pandemic.

“Thus, not only do the tax contributions of the ‘super rich’ not match their ability to pay, but they also use various mechanisms to further reduce their contributions. An example of this is the recent bankruptcy of Grupo Salinas. The litigation finds that, following a resolution by the Supreme Court of the Nation (SCJN), 2,776 million pesos had to be paid. However, the said amount barely represents 7% of the total amount owed by the consortium, which is about 37,000. million pesos,” the analysis shows.

Add to this that 400,000 million pesos of the profits that companies in Mexico receive annually are transferred to tax havens.

3. Taxing the ‘super rich’ is only for European countries

Oxfam Mexico clarifies that this is incorrect, as taxes were previously collected from the country’s richest people. It was terminated in his favor.

In the past, they had to complete this process for extraordinary benefits (it had disappeared in 1941), for surplus benefits (repeated in 1952) and for inheritance and succession (not applicable since 1962).

“After decades of false belief that taxes on large fortunes discourage investment and reduce economic growth – which recent evidence defies – wealth taxes are starting to become part of Latin America’s future. is experiencing a unique opportunity where new progressive governments may decide to make substantial changes to their countries’ fiscal policies, coinciding with a new wave of progressive financial reforms in Latin America and the Caribbean,” the organization explains. Test. ,

Countries such as Argentina, Bolivia, Chile and Colombia already have laws or guidelines in this regard.

For all this, how do the ‘super rich’ maintain their fortunes?

In the study, Oxfam Mexico revealed that the “super rich” use strategies such as not paying taxes, exploiting and not paying working people a living wage to maintain their wealth.

This is done in six areas:

now read: 3 bad recommendations for taking care of your finances in the face of a possible recession

Read also: Recession and Inflation Drive Side Jobs: 4 Steps to Tell Your Boss About Your Business 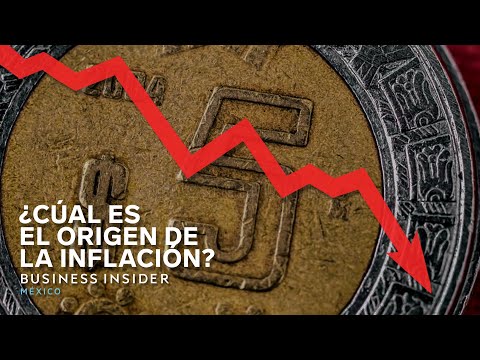