The surprises in the balance sheets of Microsoft and Google 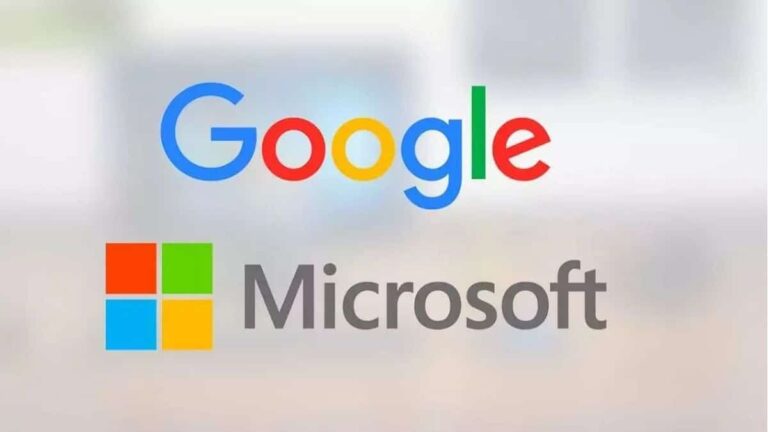 2022 is proving to be a very difficult year for stocks, especially those in technology. After decades of investing money, inflation was once again a problem in the US so the Federal Reserve had no choice but to raise interest rates, affecting the company’s valuation.

As of Wednesday of this week, at which time they submitted balances, Microsoft (26%) and Google (-28%) reported significant declines. Let’s see its development during 2022: 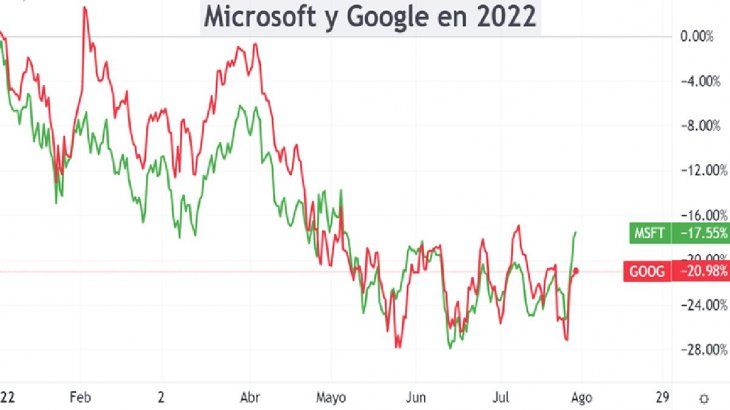 In the meantime, I would like to invite you to download a report that I have prepared so that you can face this global crisis and have the tools to know how to beat the market. You can download it at this link.

Microsoft reported sales of US$51.9 billion, the slowest growth in the past 12 years, a 12% year-on-year increase. The Office segment grew 9%, LinkedIn grew 26%, and cloud services grew 19%.

On the other hand, earnings were USD 16.7 billion, which means an improvement of 2% year-on-year. However, they were lower than the market expectation.

The company expects double-digit sales growth through 2023, despite the poor economic environment, especially due to potential signs of a slowdown.

The downside, of course, was its earnings, which fell 14% year-on-year to reach US$16,000 million. There has already been a decline for two consecutive quarters, a situation not seen since 2015. The fact that profits decreased despite an increase in sales is explained by an increase in operating costs, which increased by 20% year-on-year.

The astonishing speed of search ad sales demonstrates Google’s resilience against results reported by similar companies. This speaks of its great competitive advantage and market dominance.

Now, the day after the balance, Microsoft and Google shares rose 7% and 8%, respectively. Why so much uplift?

One valid explanation is that, despite not showing excellent results, they weren’t too bad either. What needs to be analyzed is the market expectation. Google and Microsoft continue to show resilience, and this could lead to significant gains in a very bearish environment.

In addition, on Wednesday the 27th, the Federal Reserve announced the fourth increase in interest rates for the year by about 75 basis points. The market expected and celebrated that figure, prompting Microsoft and Google to accelerate their rise even further.

What can happen in future? The US economy is showing big signs of slowdown. For now, Microsoft and Google do not strongly proof these recurring results. It may take them longer to do so given their dominance in the market.

It is also worth noting the high valuations of both companies:

For reference, the S&P 500 has a price-to-sales 2.5 and A cost-to-earnings of 20.3. If the recession hits hard, Microsoft and Google’s sales and profits will drop, so the valuation ratio will be even higher. Therefore, you have to be careful.

To conclude, I once again invite you to download a report that I have prepared so that you can face this global crisis and have the tools to know how to beat the market. You can download it at this link.