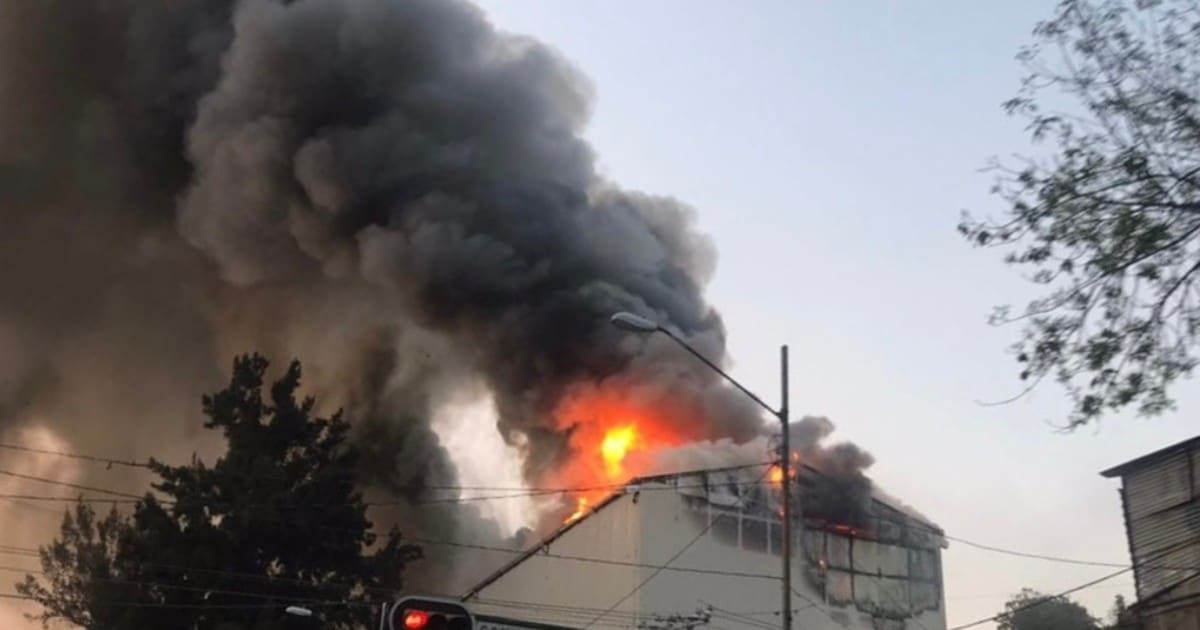 Mexico City firefighters participate The fire broke out at a warehouse in the Tepito area in the Morelos neighborhood.

The fire, which could be seen from several kilometers away, originated in a tennis and clothing market Located between Eje 1 Norte and Gonzalez Ortega Street

Firefighters from the capital said they are already working in the area to bring the blaze under control.

We’ve got a report of a fire in Colonia Morelos @AlcCuauhtemocMx, We went there to take stock of the situation and inform the public. pic.twitter.com/RPZVGvT6P9

Sandra Cuevas, Mayor of Cuauhtémoc He asked neighboring mayors to support him with water pipes to attend to the emergency.

“Barrio Bravo de Tepito, fire in the warehouse of fellow mayors, we urgently need water pipes @UNACDMX_OFICIAL”, he spread on his social network.

Mexico City government secretary Marty Batres said there were no casualties from the fire where about 70 capital firefighters and 25 civil defense elements work.

#amplification , fire brigade #cdmx They work in the area of ​​the Morelos neighborhood after a fire was reported at the tennis market in Tepito.

Users of social networks report that the column of smoke could be seen several meters away.