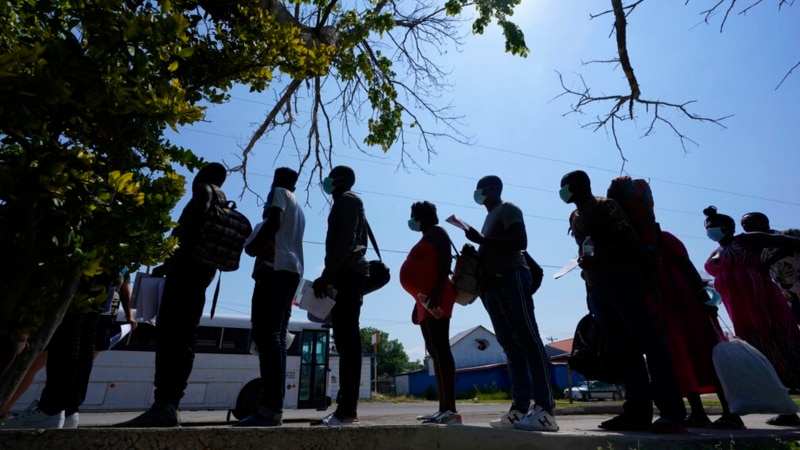 The United States will renew but not extend Temporary Protected Status (TPS) for Venezuelans in the country, the US Department of Homeland Security (DHS) said on Monday, a move that leaves tens of thousands of newly arrived Venezuelans without access to the humanitarian program. .

The Biden administration will offer an 18-month extension of TPS for Venezuelans who were in the United States before March 8, 2021, but will not expand the program to new arrivals, DHS said.

US President Joe Biden, a Democrat, has greatly expanded the use of the TPS program, which provides relief from deportation and work permits to immigrants in the United States if their home countries experience a natural disaster, armed conflict or other extraordinary event. At the same time, Biden has run into trouble both politically and operationally with large numbers of migrants arriving at the US-Mexico border, including Venezuelans.

The Biden administration granted TPS to Venezuela in March 2021, citing economic and political turmoil and human rights abuses under socialist President Nicolás Maduro. Democratic lawmakers and advocates had urged the administration to offer the protections to newly arrived Venezuelans.

Since January 2021, US Border Patrol agents have apprehended more than 144,000 Venezuelans on the southwest border.

The Biden administration remains deeply at odds with Maduro and has maintained much of the strict sanctions program against his government established under former US President Donald Trump.

Washington has taken some steps in recent months to slightly soften its policy toward Venezuela as it tries to persuade Maduro to resume political negotiations with the country’s opposition.

“This action is one of the many ways the Biden administration is providing humanitarian support to Venezuelans at home and abroad,” Homeland Security Secretary Alejandro Mayorkas said in a statement announcing the TPS renewal.

UN: Coca grows less in Bolivia but there are synthetic drugs

UN: Coca grows less in Bolivia but there are synthetic drugs