Last year was very difficult for the country’s auto sector. The corona epidemic has severely affected the country’s economy and trade. But over the past few months, the car market has reached new heights again and with this the demand for vehicles has also increased. Several new models from Mahindra Thar to Nissan Magnite have been launched in the market recently. The waiting period for these trains has also increased due to high demand. So let’s find out about those 5 vehicles in the country, for which you have to wait a long time-

1. Mahindra Thar: Mahindra, the country’s leading automobile maker, launched its new Mahindra Thor last year.
According to a report published in Kartwadi, you will have to wait for about 9 months for Mahindra’s Thor. Recently, the company recalled more than 1500 units due to a technical glitch. This SUV is getting great response from customers. Prices range from Rs 12.10 lakh to Rs 14.15 lakh. 2. Nissan Magnite: Japanese automaker Nissan has recently launched its highly affordable compact SUV Nissan Magnite in the Indian market. This SUV is immensely popular in the sub 4m segment. The company registered bookings for 32,000 units in just 1 month. According to reports, some dealerships across the country have been waiting 8 months for this SUV. The SUV is priced between Rs 5.49 lakh and Rs 9.59 lakh.

3. Hyundai Creta: Hyundai released the next generation model of its famous SUV Creta in March last year. This SUV is just as popular as the previous model. Priced at an attractive look and strong engine capacity, the SUV is priced between Rs 9.99 lakh and Rs 17.53 lakh. You will have to wait up to 7 months for the delivery of this SUV. It was also the best-selling SUV in the country last January.

4. Maruti Ertiga: Maruti Suzuki’s Ertiga is one of the best-selling cars in its segment. The company uses a 1.5 liter petrol engine in this PPV that produces 105 PS of power and 138 Nm of torque. According to reports, you will have to wait 6 to 8 months for this car. It is priced between Rs 7.69 lakh and Rs 10.47 lakh. 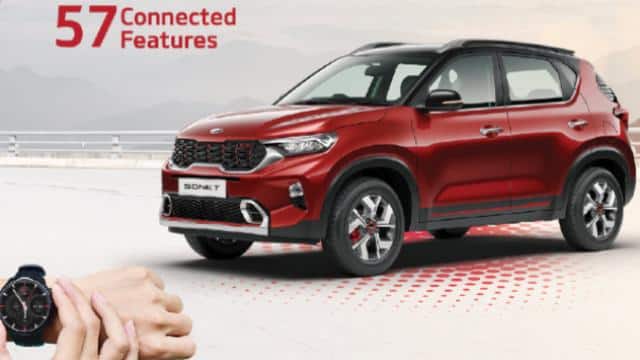 5. Kia Sonnet: Leading South Korean automaker Kia Motors has recently launched this SUV. Last January, the company sold 8,859 units of its compact SUV Kia Sonnet, making it the third best-selling compact SUV. The price of this SUV ranges from Rs 6.79 lakh to Rs 13.19 lakh, for which you have to wait up to 5 months.