The world’s stock markets are already showing attractive indicators, but there’s a reason why they may not be there yet in the US. 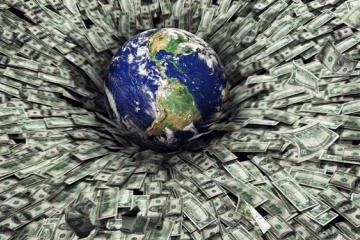 Beginning of 2023 with spoiled expectations. According to the IMF, this will be a difficult year, as the main engines of world growth (the United States, Europe and China) will experience weakness in activity The war in Ukraine as well as high interest rates as central banks around the world try to control rising prices.

It is said that One-third of countries will enter recession And half the countries in the European Union will experience a contraction of their GDP. And, for the first time in 40 years, China’s annual growth is likely to equal or less than global growth.

Slowdown in China will have serious impact globally, The world’s second-largest economy is set to weaken sharply in 2022 due to its draconian zero-Covid policy, which has thrown China out of sync with the rest of the world, disrupted supply chains and hurt trade and investment flows.


The proof of this is to analyze the relationship between the estimated profits for the year and their respective prices. in this matter, We would be looking at MSCI All Country trading at 15.1x per forward (price/expected earnings)., These levels will be in line with the levels last seen in March 2020. Backed by its technology companies, the United States is trading at 17.7 times valuation per forward, a high but average since 2014. The United States supports a valuation of 12.4 times the global market.


We can put it another way, analyze the relationship between the United States and the rest of the world in book value (price/book value). Here we see a difference of up to 60%,


It happens that they are highlighting areas like Emerging markets, Europe and the United Kingdom, with forwards of 12, 12.2 and 10.2, respectively, This separation between the United States and the rest of the world comes about because the rest of the global stock markets are not heavily weighted by the big technology companies that are monopolizing the big declines and because a large part of the fear of recession is about selling. have already appeared.


Valuations are even more attractive in Spain’s caseWith 10.6 times per forward that coincides with levels similar to the March low left by the pandemic.


Part of the recession is already imprinted on the stock markets, which means that the market has taken current economic factors and reflected them in its prices, This can be considered a positive for long-term investors, as it gives them a more optimal starting point for improving their portfolios.