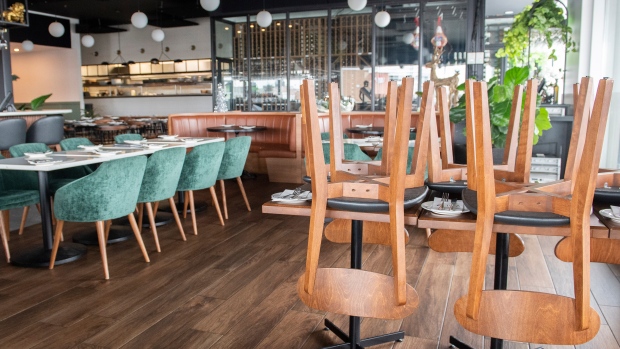 HALIFAX – Restaurants in Canada are once again scaling back New Year’s Eve plans or shutting their doors altogether amid climbing COVID-19 cases and renewed public health measures across the country.

For the second year in a row, the pandemic has dampened what is ordinarily one of the biggest nights of the year – a celebration that in good times yields sales that carry the hospitality sector through the sluggish winter months ahead.

Eateries, bars and event venues face a range of restrictions, from capacity limits and rules barring dancing to forced closures and in Quebec, an outright curfew.

Many restaurateurs are now grappling with canceled reservations or refunding tickets as the highly transmissible Omicron variant decimates the festive plans of Canadians that just weeks ago appeared to be a safe bet.

Meanwhile, provinces across Canada are marking New Year’s Eve with a fresh round of restrictions, prompting most cities to cancel celebrations like outdoor concerts and fireworks.

In Quebec, a new nighttime curfew from 10 pm to 5 am comes into effect Friday.

Restaurants can offer takeout only and indoor gatherings involving more than one household bubble are banned. The Old Port of Montreal also canceled its fireworks and celebrations.

“This is the worst scenario,” said Martin Vezina, a for the Quebec Restaurant Association. “This is a big night with big sales. To be closed on New Year’s Eve with only 24-hours notice is very difficult.”

Restaurant pantries and fridges were fully stocked ahead of New Year’s Eve, he said.

“The losses keep adding up,” Vezina said. “Some owners may think about closing their restaurants permanently and some workers just might not return.”

He added: “We’re already facing a major labor shortage in Quebec and the ongoing instability in the sector will make it worse.”

In Ontario, restaurants and bars face a 50 per cent capacity limit. They cannot sell alcohol after 10 pm, and must close by 11 pm

The Alcohol and Gaming Commission of Ontario said compliance officials will be out on New Year’s Eve visiting bars and restaurants to ensure they are complying with the rules.

Brenda O’Reilly, owner of four restaurants in Canada’s easternmost province, said two of her restaurants will be open on New Year’s Eve.

But she said reservations at Yellowbelly Brewery and Public House in downtown St. John’s – one of her most popular locations – have been “dropping like flies all week.”

Her fourth location, in the airport, is open but seeing a fraction of its usual business.

“This is normally one of our best nights of the year,” O’Reilly said. “From a cash flow perspective, it carries us through some of January.”

O’Reilly said she’s had to cancel bands, refund tickets and manage a canceled wedding that’s been on the books for two years.

Yet her bigger concern is how Canada’s restaurant industry will survive the coming year amid ongoing restrictions and rising inflation.

She added: “I’m really nervous for the viability of our sector in the next coming year. It’s really challenging and stressful and mental health is becoming a huge issue in our industry.”

In British Columbia, meanwhile, bars and nightclubs are closed while restaurants, cafes and pubs can have a maximum of six people at each table and physical distancing or barriers between groups.

Indoor organized gatherings of any size are not allowed, with parties and celebrations like New Year’s Eve parties banned.

This report by The Canadian Press was first published Dec. 31, 2021.