There are blind people who live their lives believing they can see: this is Anton’s syndrome 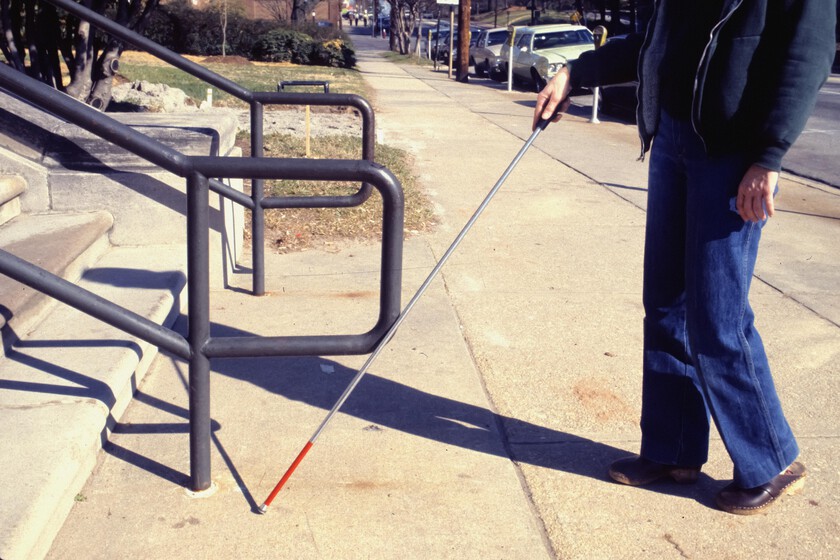 The old man entered the office of von Monaco, the most important neurologist in Zurich, which was already in great disarray. He suffered from mobility problems, experienced visual hallucinations for years, and had difficulty finding the exact words he wanted to say. He was 70 years old and had four consecutive medical problems. I was tired. However, the reason for taking him for consultation was new. He hadn’t seen her for weeks. For practical purposes, I saw nothing, absolutely nothing; but he thought so,

First, having rendered his occipital cortex dysfunctional for the first few days after the injury, he “thought he was in a deep pit or cellar”; But, later, he began to get used to hallucinations, and no matter how hard family, friends and doctors insisted him to show that he was completely blind, he said that he was not; He in no way; he He may have been “old, numb and feeble”, but he was not blind, And he believed in this till the grave.

Who are you going to believe: me or your own eyes?

That case, along with the other three that Monaco collected in an 1885 article, is considered the first historical description of Anton syndrome: anosognosia, a characteristic complication of cortical blindness in which the patient denies the lost vision. Furthermore, a complication for which “pretends to look and tries to behave and walk normally Even though it is clear that there is visual impairment.”

But let’s start at the beginning: There are many different types of blindness. In this case, we are referring to a very specific one, which occurs when the area of ​​the occipital cortex in charge of processing visual information is damaged. This is usually due to brain hemorrhage, brain tumor or some type of cerebrovascular accident; However, the result is the same: the eye is intact, the optic nerve and the rest of the internal structures are intact; the pupil functions normally, reflexes are preserved; And yet we can’t see anything.

Or rather, almost nothing. It is true that since the visual system is fine, there are some functions (that do not go through the cortical cortex) that are preserved and for this reason, they have an ambiguous perception of light and motion. For centuries, in fact, physicians thought that the cortical seca they were pretending, After all, they didn’t stumble and could dodge whatever came their way. The problem is that they really couldn’t go any further.

what we have before our eyes and we do not see

Of all those “cortical blind”, the ones who caused the least trouble were those who said they weren’t. However, as neurology gained weight and cases of anosognosia (people who were not aware that they were ill) were documented, the mystery deepened. The first to connect the dots and realize the problem was Czech neuropsychiatrist Gabriel Anton and his colleague Josef Babinski. Hence the name.

However, the problem was not simple. We are talking about the beginning of the 20th century, a time when our understanding of the nature of the brain, consciousness, and personality was just beginning to emerge (and grope) from the murky terrain of philosophy, superstition, and pseudoscience. The idea that patients had no perception of their neurological functional deficit was revolutionary. Above all, because it opened completely unexpected doors, What else could we not understand?

In the end, the situation was contained in a very small space. We have only documented 28 Anton syndromes. However, these 28 cases have deepened our understanding of how our brain processes disease and paved the way for more scientific, more precise, and more exciting approaches to the brain. . Finally, there are many things that we do not see, even though they are right in front of our eyes.