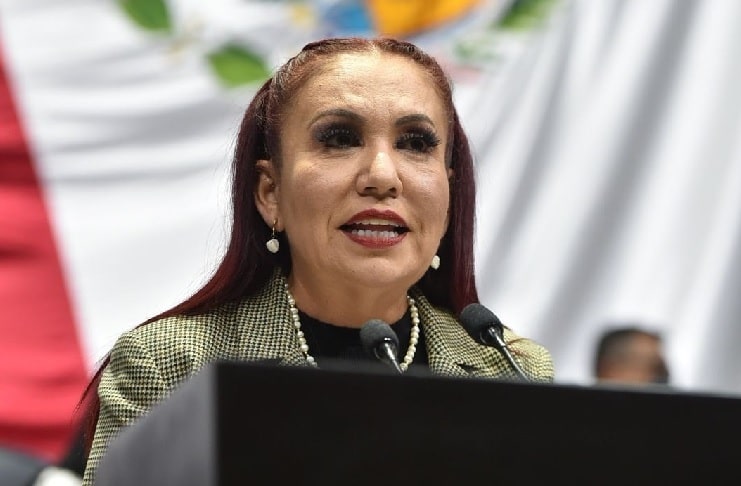 After several attempts, and with their willingness to answer the call in the form of interviews, the Mexican country celebrated Journalists’ Day on January 4.

“Well. I’m in a parking lot. I’ll answer the call from here. Then I’ll take care of it.” Sonia Murillo Manriquez, current federal deputy for Baja California Sur state, said with a friendly voice via the National Action Party expressed.

He remarked that as early as 2023, in his blue and white bench, “we will focus more on addressing the issue of our country’s economy, which is suffering from inflation, unemployment, lack of opportunities for companies from the government, Affected. Federal”.

Elsewhere in the city of La Paz, the capital of the Southern California state, a federal legislator denied that Mexicans are only given welfare aid and not even considered for investment.

He regretted that who is eligible to argue within PAN and in the 2024 elections that “the budget should be reduced on the issue of health”. “It’s going down,” he said.

Therefore, “according to our reality in all the states of our Republic, the Mexican economy in our country has decreased.”

“Education and security are issues that are of interest to the National Action Party in the Chamber of Deputies of the Union Congress of our country,” he said.

The native of San Antonio, Municipality of La Paz, Baja California Sur expressed, “In addition to creating laws to improve the search for jobs and better pay, compulsory popular sports must also be strengthened through laws , so that there are spaces and sustainable activities in this area, which will greatly benefit thousands of families,” he said.

In electoral matters, he asked, “not to lose sight of the secondary laws, because of his plan A, B and C, the problems between them – in reference to the legislators who support the president to touch the INE. –

It indicates, “undermining the electoral referee, is a hit to democracy, the freedom of the citizenry, to choose its rulers and legislators.”

In 2023, we will continue to emphasize issues that have been left behind, such as the safety of Mexicans; Strengthening of municipalities with mining activity.

Transparency of accounts in better audit; The development of women and families, which is an important center of society in our Mexican country.

He described that, despite the fact that the lower house of the Union Congress obeys, all the states “are not doing very well.”

In the case of Baja California Sur, because it is isolated from the continental shelf, inflation has hit our producers, fishermen, ranchers, and the primary and service sectors hard.

Finally, she assured that it is an honor to serve Mexico, being a federal deputy, being able to influence issues that are meaningful to Mexicans.

Including, “I am ready for the call of my party, militancy and citizenship.”