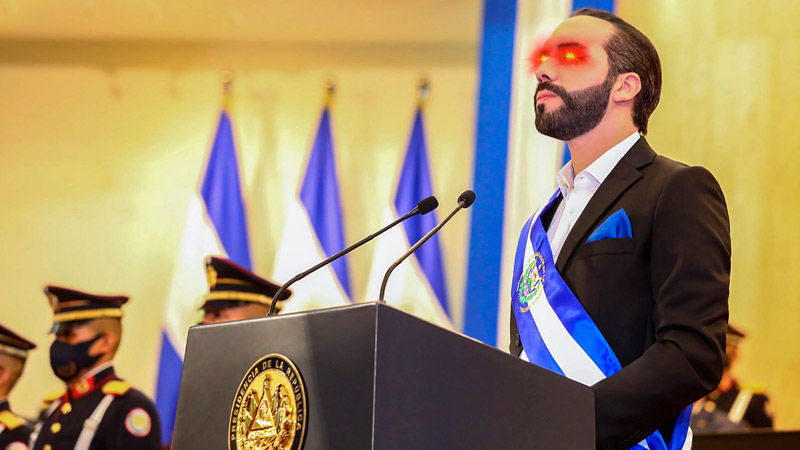 Computer scientist Mario Gomez has questioned the recent purchase of Cryptoactive that President Bukele announced on his Twitter account from 2021.

Starting September 6, 2021, President Nayib Bukele is announcing a series of bitcoin purchases that, to date, total 2,381 units of that cryptoactive, as per tweets shared by the president himself.

According to the website nayibtracker.com, these bitcoin purchases, which would have been made with public funds, translate into a cost of up to $107.1 million, which is responsible for recording the performance of these cryptocurrencies based on the President’s announcements. .

You might be interested in: Despite the drop in price, Bukele announces a new purchase of 80 bitcoins for $1.5 million

However, everything related to these purchases, the process of authorizing them and even who is responsible for the wallet where these bitcoins are stored, is somewhat unknown, as the government has followed a similar practice of not making information transparent. Has been applied. done in other public institutions.

In this sense, computer scientist and expert on the subject, Mario Gomez, in a recent interview in Jacobin magazine questioned the existence of these purchases, precisely because there is no public information to verify them.

“What is happening with bitcoin purchases in El Salvador is that there is no evidence other than tweets from the president and a saying that they were made. screenshot (screenshot) of a very low resolution of purchases made late last year,” Gomez said in the interview, in which she said the president could easily check those purchases thanks to the balances that the platforms exchange. allow to do.

Regarding this, Gomez also questioned Bukele’s previous purchases made yesterday, which involved 80 more bitcoins at a cost of $1.5 million. The computer scientist insisted that there is a “confusion” in Cryptoactive’s purchase, as the screenshot the president shared last year does not match the screenshot published on Thursday night. “Have you changed your exchange? Don’t you buy with your cell phone anymore? Why don’t you put in? screenshot Full screen?” He had a few questions.

Also: Buying Bitcoin With Public Money Would Violate The Constitution And Two Other Laws

These purchases from public funds have been widely criticized for the poor performance of bitcoin in recent months, which would have cost the country up to $60.9 million when calculated based on the cryptoactive’s current price. , which is about $19,400 per unit as of Friday morning.

Similarly, lawyers who have consulted through this channel have indicated in the past that these purchases may be in violation of the Constitution and two other laws, as no decree or amendment has been made in the ordinary state budget that would allow the President to do so for these purposes. Allows allocating public resources to ,