There is no Mexico without Nopal! benefits of this fruit prickly pear It is a fruit obtained from a cactus called Opuntia ficus-indica, which grows wild in most parts of Latin America, mainly in Mexico, where it has been discovered that consumption of this food has many properties. Huh. benefits for human body.

Whether in tortilla, in toast, in flour, in capsule, in jam, in capsule or even in cookie prickly pear Helps eliminate high cholesterol already control excess gastric acidIn addition to protecting the gastrointestinal mucosa and preventing ulcers.

Why? According to the Mexican Institute of Social Security (IMSS), the amino acids, fiber and niacin in this fruit prevent excess blood sugar from being converted into fat, while at the same time working to lower cholesterol by metabolizing fatty acids.

Nopal benefits for the human body

among the many advantages of prickly pear For human body are:

IMSS Also indicated that in any presentation of other benefits of consuming this food, helps cleanse the colonSince it contains soluble and insoluble dietary fibers, which absorb water and accelerate the passage of food through the digestive tract.

How can you consume nopal?

without a doubt, the best profit of prickly pearThe gastronomic goodness it offers is that, because of its versatility, it can be prepared into salads, soups, stews, roasts, sweets and jellies, appetizers, tortillas, sauces, drinks, desserts, among myriad dishes. 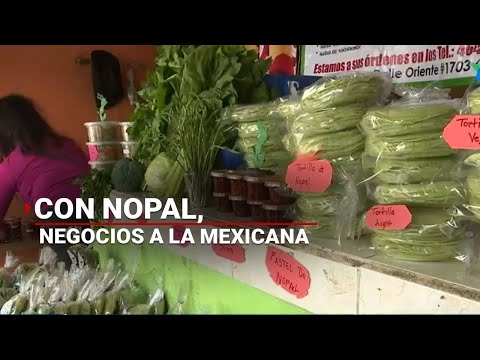 Why does nopal help in controlling diabetes?

by consuming it prickly pear have a hypoglycemic effect in humans, acting as a tool that can help diabetes treatment By stabilizing and regulating blood sugar levels.

In addition, due to its vitamins A, B complex, C, calcium, magnesium, sodium, potassium, iron and minerals such as lignin, cellulose, hemicellulose, pectin and mucilage, which together with the 17 amino acids make up it. Fruit Helps eliminate toxins caused by alcohol and cigarette smoke,