There’s a Meteor Shower in Late July 2022, BRIN Researchers Explain How to See It 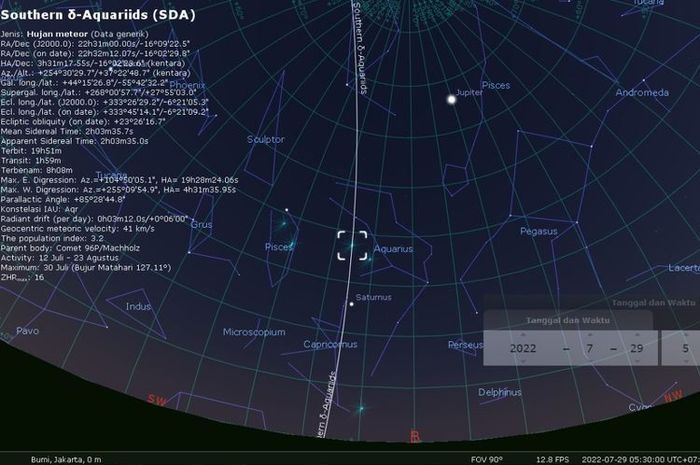 Thomas Jamaluddin, lead researcher in astronomy and astrophysics at the National Research and Innovation Agency (BRIN), said that Alpha-Makarika and Delta-Aquarids will be two events of meteor showers.

This meteor shower will occur in late July 2022, and is an annual astronomical event that occurs when several meteors appear to move back and forth from a certain point in the sky.

Meteors look like shooting stars or moving stars. Meteors are actually interplanetary rock or dust that enters the atmosphere and then burns up due to atmospheric friction.

Thomas said the Alpha-Capricornids meteor shower can be seen from 20.00 WIB on the eastern horizon from 30 to 31 July 2022.

“But the best time is after midnight in the southern sky. It is estimated that about 5 meteors are seen passing through the sky per hour. This meteor shower comes from the dust cluster of comet 169P/NEAT, which passed through Earth, He quoted from the Brin page via Compass.com.

Thomas said comet dust is tiny when it enters Earth’s atmosphere and burns up like shooting stars.

“Even though the number of meteors is small, sometimes this meteor shower shows bright meteors from the remains of a large comet,” he explained.

Meanwhile, the Delta Aquariids meteor shower can be seen from July 29-30, starting at 23.00 WIB on the eastern horizon. The peak is about 02.00 WIB in the southern sky.