These 5 Maruti Suzuki cars are shining in the market, see the list of the best selling cars in the country

5) Maruti Desire: The company’s compact sedan car Desire ranks fifth on this list. The company has sold a total of 1,26,251 units of this sedan in the fiscal year 2020-21. Recently the company has introduced its new facelift model in the market with updated features. In this car the company has used a 1.2 liter capacity dualjet petrol engine that generates 90PS of power and 113Nm of torque.

4) Maruti Alto: The most affordable hatchback, Martu Suzuki’s entry-level Alto, sold a total of 1,58,992 units. This car is famous for low price and better mileage. The company has used a 696 cc petrol engine in the car which generates 47 bhp of power and N9 Nm of torque. For almost 20 years, Maruti Alto has been one of the best selling cars in the country due to its low price and better mileage.

Read Also:  Royal Enfield is releasing the new incarnation of the Himalayan today, find out when and how much you can buy this bike 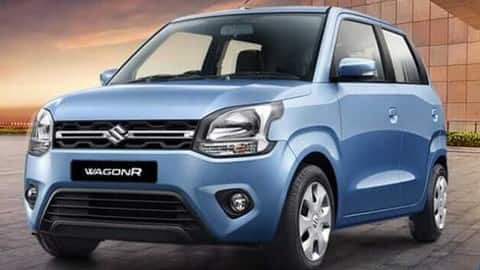 3) Maruti WagonR: A total of 1,60,330 units of Maruti Suzuki’s hatchback WagonR, known as the Tall Boy, have been sold. This car is available with two different petrol engines. One variant has a 1.0-liter capacity engine and the other variant has a 1.2-liter petrol engine. In this car you will get 341 liters of boot space.

2) Maruti Baleno: Maruti Suzuki’s premium hatchback Baleno has become the second best-selling car. The company sold a total of 1,63,445 units during the period. In it the company has used a 1.2 liter capacity VVT petrol engine, which generates 82 bhp of power and 113 Nm of torque. This car comes with both manual and automatic gearbox but its manual look gives the best mileage. The company has used Smart Hybrid (SHVS) technology. 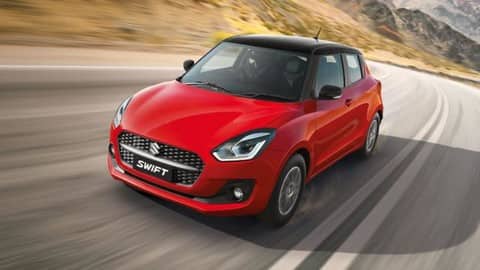 1) – Maruti Swift: Maruti Suzuki Swift has become the best selling car in the country by beating everyone. Recently this car has brought new updates to the market. The company has sold a total of 1,72,671 units of this car. The company has used the new dual jet petrol engine. With a capacity of 1.2 liters, this petrol engine generates 88 bhp of power and 113 Nm of torque. This car is available for sale in a total of four variants. Last March, it also became the country’s best-selling car, with the company selling 21,714 units of it.
Cost: 5.73 lakhs to 7.91 lakhs
Mileage: 23.20 kmpl

According to data shared by the company, these five cars have been included in the list of top 10 best sellers in the country in the last four years. Passenger Vehicle Market During the fiscal year 2020-21, these five vehicles alone accounted for 30 percent.

Now even if wearing a helmet, the challan of 2000 will be cut. Motorcycle and scooter drivers should be careful