These are the dire consequences of alcohol on children’s health 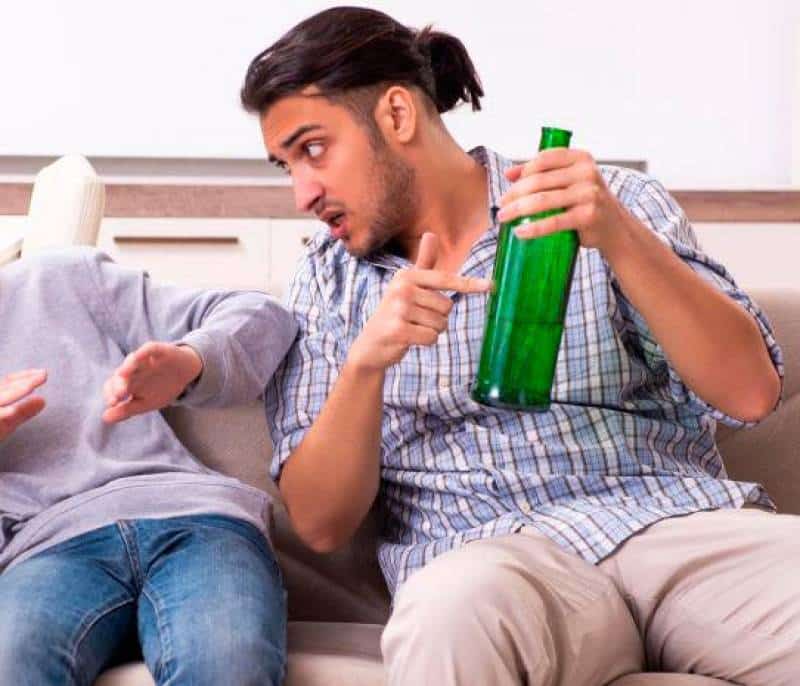 The last week of 2022 began with a viral video that should not be an example to any father: In the clip, it was seen how a woman apparently made her daughter drink beer, a girl who is barely 5 years old. It was It happened on a beach in Cartagena.

Most of the netizens who commented on the publication of El Universal condemned the mother’s behavior and some others defended her without reproach. Read: They are looking for the mother who served beer to the minor in Castillogrande

This is not the first nor the last time that this type of video is circulating on the social network. This isn’t the first or last time an adult serves alcohol to a minor. Mercy.

Let’s go ahead. There is a practice that is repeated in different regions of Colombia: that of parents (or elders) giving alcohol to minors to consume intoxicating drinks.

Jesús Gabriel Torrado Castaño, child psychiatrist at the Napoléon Franco Pareja Children’s Hospital – Casa del Niño, an institution that is part of the Coosalud EPS service network, analyzes this situation and tells us about the serious risks it poses to children’s health.

Dr. Torrado stresses that “offering alcohol to a minor, in addition to being illegal, is an act that is as serious a violation as physical abuse.” Read also: Consequences of excessive alcohol consumption

The crime of supplying a minor is established in Article 381 of Law 599 of the Colombian Penal Code, 2000, which establishes that “anyone who supplies or facilitates to a minor a drug that produces dependence or Induces to use it, he shall be imprisoned for 96 months to 216 months”.

Dr. Torrado assures that this “bad habit” of giving alcohol to a minor is closely related to biopsychosocial aspects, which are related to biological, psychological, behavioral, social and cultural factors.

People who engage in this behavior often think that drinking with family is a protective factor and will prepare the minor for adulthood, but they are clearly wrong. These people – says Dr. Torrado – “receive information, in a psycho-educational way, about the physical and mental consequences that arise in the minor.”

This would depend on the age of the minor, the cerebral neuroplasticity (the ability to change through growth and reorganization of the brain’s neural networks) of an 8-year-old boy is not the same as that of a 16-year-old boy—an older teen, for example. Both age groups will have both physical and psychological effects.

What are the physical and mental consequences of drinking alcohol for a minor? Totrado’s answer:

-It will depend on the age of the minor, an 8 year old boy’s cerebral neuroplasticity (ability to change through growth and reorganization of the brain’s neural networks) is not the same as that of a 16 year old boy, eg. Both age groups will have both physical and psychological effects.

There are many studies in this regard, where, in general, they agree that alcohol consumption at a young age increases the risk of behavioral disorders, depressive or anxiety disorders, leading to suicidal risk.

Dr. Torrado stresses that alcohol is a central nervous system depressant. “This means that, once the effects wear off, a decline in mood occurs and this is where structured thoughts of death appear,” he explains.

“Various investigations have concluded that the brain reaches its maximum development around the age of 21, that alcohol consumption at a young age affects the mature progress of this organ, causing deficits in the formation of the cerebral cortex, among other changes.” does.

“For example, the limbic system would be affected (thinking, planning, decision making, etc.).”

It is also important to take into account the definition of the World Health Organization (WHO), according to which alcoholic beverages are part of drugs, as they cause dependence and affect the nervous system. Read here: Learn about the substance that makes adulterated alcohol deadly: methanol

The WHO itself makes it very clear: “Alcohol abuse is related to a whole range of health problems, including mental and behavioral disorders, especially alcohol dependence; serious non-communicable diseases, such as cirrhosis of the liver, some types of cancer, and heart disease; and injuries and deaths from violence and traffic accidents.

Do you want to lead your son down a path that will lead him to all these misfortunes? Will you forgive yourself?