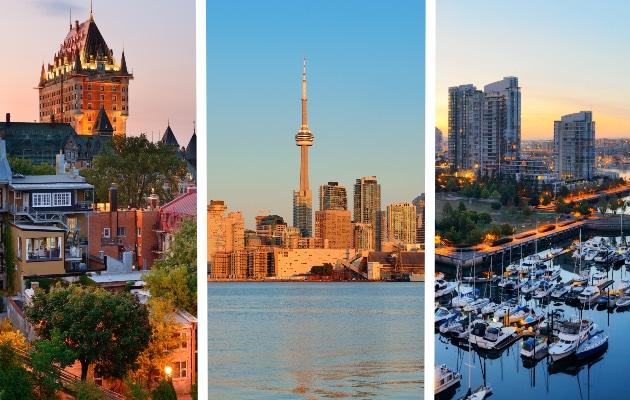 (image by travelscape on freepik)

know that cost of living in canada is increasing. The prices of goods and services, including food and housing, are rising. Therefore, those planning to move to Canada may wonder where in the country they can get the best value for their money.

MovingWaldo, a company specializing in moving services for Canadians, has compiled a ranking of 10 Canadian provinces based on the average cost of living.

The rankings were based on data from various sources such as the Canadian Mortgage and Housing Corporation, the Canadian Real Estate Association, RateHub and NumBio. The list considers average monthly costs for a nonretirement household, which includes expenses such as groceries, utilities and car insurance.

According to MovingWaldo, the province of Newfoundland and Labrador currently offers the best balance between affordable cost of living and quality of life.

According to MovingWaldo, the average monthly cost of living in Newfoundland and Labrador is $1,324, excluding house prices. Residents of this province can expect to pay an average of $70 for a cell phone plan that includes unlimited calls, text messages and internet, and $100 each month for basic services like water and electricity.

Although food prices are relatively high in the province, averaging $248.88 per month, Newfoundland and Labrador offers an advantage when it comes to affordable housing, with an average home purchase price of $299,950 and a monthly rent of $783.,

Maclean’s magazine ranked Newfoundland and Labrador among the top 10 most welcoming cultures in the world, according to MovingWaldo. This is an indication of what life is like in this province.

“Even though Canada has a reputation for being welcoming and friendly, this is especially true for Newfoundland and Labrador,” says Movingwaldo.