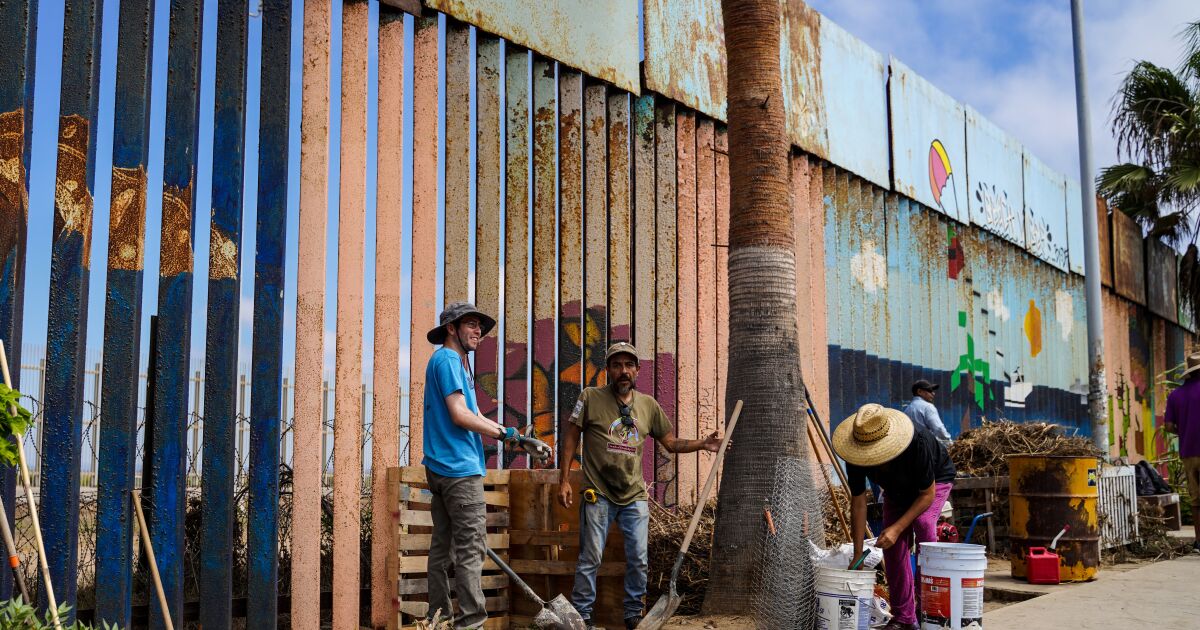 Parishioners on both sides of the wall between San Diego (USA) and Tijuana (Mexico) celebrated the traditional Posada Sin Fronteras this Saturday, in which migrants waiting on the Mexican side symbolically mark the pilgrimage of José and María to the Posada from the USA. Rebuilt on demand.

It is an annual event, which this year also included posters in which attendees called for the reopening of Parque de la Amistad in San Diego County (California), which prior to the pandemic had been home to immigrants and their families from both countries. There was a meeting place for the members. countries.

“La Posada Sin Fronteras is a retelling of the birth of Jesus Christ through a migrant lens,” Pedro Rios, coordinator in San Diego, told Efe.

He stressed that “at a time when governments close their doors to asylum-seeking migrants, this event becomes all the more important because it takes this Christian story of the divine child’s survival and suggests that For migrants it is divine and should be treated with respect.” and dignity”.

This was the 29th edition of Posada Sin Fronteras, with the theme “Opening the Doors of Our Hearts”.

La Posada is a tradition celebrated in Mexico between December 16 and 24 with family and friends. Some represent the couple seeking accommodation because Maria needed to rest to give birth, and others begging but finally agreeing to accommodation.

On the border between California and Mexico, where both coincide with the Pacific Ocean, the celebration is under discreet but careful surveillance by the Border Patrol.

Due to Parque de la Amistad being closed at the same location, parishioners on the American side were so far from the border wall that their songs were barely audible on the Mexican side, where they had sound amplifiers.

To reach that point on the California border, parishioners walked about four miles.

On both sides of the border, the two groups sang Christmas carols, one in Spanish and the other in English, though this time without dialogue as in previous years, due to the distance that separated them.