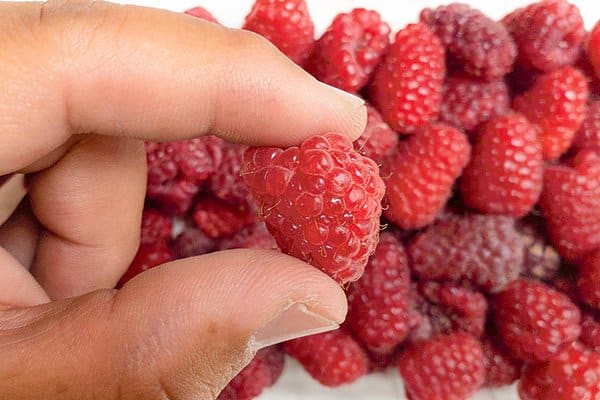 The Minister of Agriculture, Esteban Valenzuela, confirmed that the United States Fruit Service had withdrawn a total of 1,200 boxes of frozen raspberries from Chile from that country’s market, specifically, from an export company located in the commune of Yerbas Buenas in Linares province. , because the risk of type A hepatitis was detected.

What is the affected company?

This is COPRAMAR, although the products were sold in the United States under the “James Farms” brand. As reported by EMOL, the products were recalled in nine US states, including New York, Pennsylvania and Massachusetts.

What did the Agriculture Minister say?

In this regard, Esteban Valenzuela affirmed that “as the Ministry of Agriculture we would like to report that in fact, as informed by the North American authority, it has been discovered that Yerbas is the source of frozen raspberries from the company Coparamar, from the city of Buenos Aires. One shipment has been discovered in the Maule area, New York area in our shipment of frozen raspberries, the presence of hepatitis A in some raspberries.

Is the incident being investigated?

“The ministry is concerned about the security of the standard 7550 and what we want to say is that it is in the process of being investigated by SAG in Chile, the company collaborating with the Raspberry Self-Assessment and Traceability System,” he said. ,

Will this affect the rest of the exports from Chile?

«It will be investigated truthfully, we demand peace in the community. In the event that there are difficulties in the shipment of copramar, the verification system and regulations between our countries are confirmed, that it does not prohibit the consumption or export of raspberries, but is limited to the company that is hypothetically responsible, The minister will be tense.

What measures is SAG adopting?

SAG’s national director(s), Andrea Colao, announced that his institution “has become aware of these facts and has ordered an audit of the company in the Maule region, and consequently, the removal of the relevant approval procedures”.