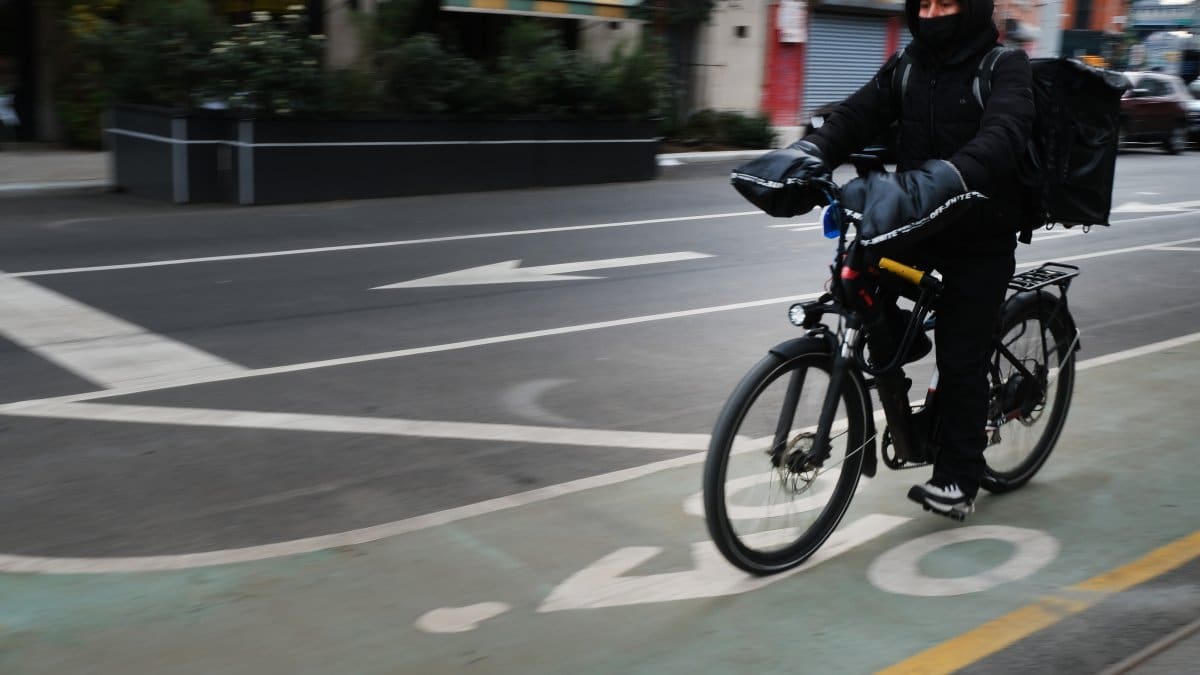 NEW YORK — Food-by-app drivers in New York City will walk out Friday to demand equal pay of $28.82 an hour and other benefits after disagreeing with a proposal the Department of Consumer Protection introduced Nov. 16. City Consumers and Workers (DCWP) that establishes a minimum wage of $23.82 by 2025 for these workers.

There are 60,000 food distributors in the Big Apple, a large proportion of them Latino immigrants.

Los Deliveristas Unidos (LDU) and Legal Advisory Organization Worker Justice Project, representing them, indicated that the salary should include $7.26 (instead of the 2.86 proposed by the city) to cover employee expenses and $1.70 to cover compensation insurance for sick leave or injury.

From workers’ expenses, delivery men refer to the repair of their mopeds, payment for geolocation programs, and a hazard bonus in adverse weather conditions.

Here’s a table of the salaries the defenders have asked for food delivery workers and what the city is proposing:

The platform currently considers drivers to be independent contractors and not employees, so they do not receive minimum wage, expense reimbursement, overtime or other benefits such as health insurance, and are paid an average of $7.09 per hour excluding tips.

According to information from United Deliverers, the DCWP acknowledged that “workers deliver apps using four main modes of transportation: mopeds, electric bikes, automobiles, and walking.” However, LDU says that the DCWP only calculates its “expense rate” on employees using electric bikes as work equipment. LDU notes that the DCWP’s current expense rate does not include discrete and mandatory expenses that motorcycle workers are required to make on a monthly basis, such as insurance payments, DMV registration and inspection fees, oil changes, etc.