‘They don’t have a clue!’ Meghan Markle and Prince Harry slammed by Shaun Ryder in rant 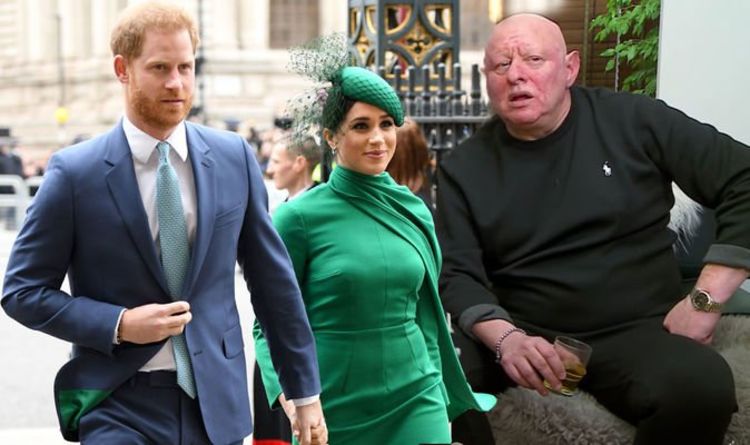 It comes less than 24 hours after Harry, 36, hastened away from the UK in order to return to Meghan, 39, at their Montecito, California home.

Harry had been in the UK to unveil a statue of his mother, the late Diana, Princess of Wales on Thursday – on what would have been her 60th birthday.

Just 10 minutes after unveiling the statue at her former home, Kensington Palace, the Duke of Sussex was whisked away to Windsor where he had been staying.

Diana’s youngest son is believed to have been residing at Frogmore Cottage with his cousin, Princess Eugenie, her husband Jack Brooksbank, and their five-month-old son, August.

What do you think? Let us know in the comments – click here!

Now, singer Shaun Ryder has taken aim at the couple, who he believes are in a world of their own.

In a new interview, Shaun, 58, has criticized the couple, who earlier this year made damning claims about the Mountbatten-Windsor family.

During an explosive interview with Oprah Winfrey, they claimed a member of the Royal Family had shared “concerns” about their then-unborn son Archie Harrison’s skin colour, before stressing that the comments were not made by the Queen, 95, or the late Prince Philip, Duke of Edinburgh.

During an appearance on This Morning, Shaun said: “When we went to LA, Julia Roberts, the movie Pretty Woman had only just come out so she wasn’t the Julia Roberts who everyone knows now.

“We were in the Viper Rooms and Bez come over and he said, ‘You heard of Julia Joghurts?’, ‘Yeah, Julia Roberts yeah,'” said Shaun.

Shaun went on to tell Phillip Schofield and Holly Willoughby that Bez said: “Oh, she’s just asked me to go back to her place, he didn’t have a clue who she was.”

Discussing their encounter, Shaun recalled Bez saying: “She’s sent her bodyguard over, Evel,” before the former added: “Anyway, he was there chatting away and he didn’t have a clue.”

He explained: “He didn’t go back to her place because he had about four other girls on the go in the club, anyway.”

Stunned by the revelation, Holly asked Shaun: “So he turned down Julia Roberts?”