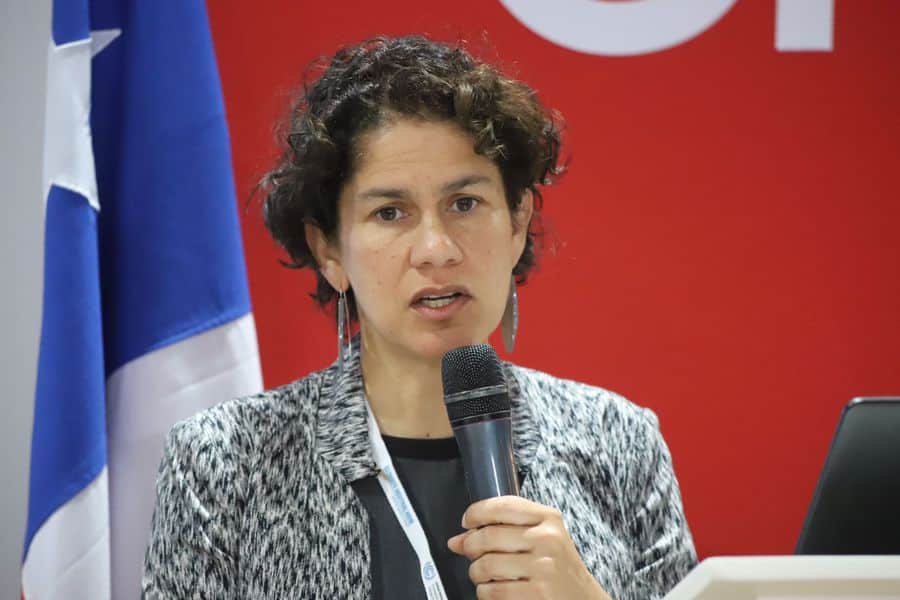 This Wednesday, a day after the Committee of Ministers meeting to approve or disapprove the controversial Dominga mining and port project, at the Santiago Appeals Court for not disqualifying himself in tomorrow’s vote against the Environment Minister, Massa Rojas Security appeal was filed. ,

Lawyer Marcelo Castillo filed the appeal on behalf of Jorge Antonio Cabrera Contreras, a shellfish diver from Totoralillo. Castillo is also the representative of a series of artisanal fishermen’s groups from La Higuera, who on January 12 requested that Minister Rojas be disqualified from the process.

The legal document states that the fact that Minister Rojas has not been disqualified “illegal and arbitrary act” what “impedes right to equality before law” The project is not being judged by special commissions.

For this reason, counsel requests that the Secretary of State be ordered to “refrain from interfering with any matter or decision of the Committee of Ministers with respect to the administrative claims in File Roll No. 25-2021;” and/or immediately adopt measures deemed necessary to restore the rule of law and ensure appropriate protection for those affected; with cost”.

As part of the facts supporting the legal appeal, the lawyer points to the request submitted by his client on January 12 in the text. In it, the disqualification of the minister was requested because, from his point of view, would be a final event. Conflict of interest with the Oceana Foundation and statements previously issued by both the Minister and president boric against the project.

,It is an indisputable fact that the Minister of the Environment issued the opposite opinion to the “Dominga” project that bears the claims, and that he has friendly relations with Mr. Ezio Costa, a lawyer for the Oceana Foundation.– And, moreover, the conflict of interest with the said Oceana Foundation, so that with this action the respondent has acted with a complete lack of prudence, rationality or reasoning, which is in its best interest to resolve the claims pending before the Committee of Ministers. Imparts fairness and objectivity. “, the document continues.

The statement issued by the Secretary of State in contrast to the project and the friendly relationship with his lawyer Ezio Costa, “clearly puts an end to the administrative process in which the Minister of the Environment should intervene, because of his position, which would in any way appeal The procedure must comply with the minimum guarantees of fair, due and reasonable administrative procedure.

And he adds: “(the minister) has intervened in a matter in which he has clearly lost his impartiality and objectivity; and/or has, in essence, violated the law in the exercise or performance of his office as it is not his responsibility to anticipate or anticipate litigation on matters relating to pending administrative claims which are subject to the knowledge and resolution of the Committee of Ministers Since the Minister of Environment presides, the legal grounds for ineligibility and absence have been highlighted.