They find 171 possible graves of Indigenous children in Canada 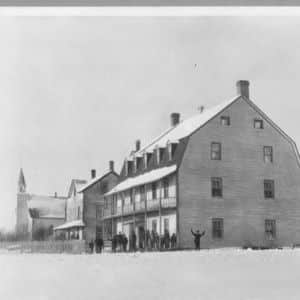 Canada’s indigenous group Vujushak Onigum Nation reported Wednesday that 171 possible graves were located in the town of Kenora, about 2,000 kilometers northwest of Toronto.

The Native community reported that the tombs were found on the grounds of the former St. Mary’s Indian Residential School where more than 6,000 indigenous children were interned between 1897 and 1972.

In May last year, the Katogooging Survivors Group began a search using a penetrating radar based on anomalies in the area, said Chris Skade, head of the indigenous group.

In this sense, Skade noted that all but five of the graves located in the cemetery of the old school residence are unidentified.

Similarly, the Vuzushak Onigm Nation confirmed that investigations would be conducted at other possible sites, taking into account the testimony of survivors and archaeological evaluation.

The Anishinaabek Nation stands in solidarity with Vujushk Onigam FN – Gavin Nchke Gada’asi (You Are Not Alone). We are indigenous, we are strong. #everychildmatters pic.twitter.com/t60xGVaQ0y


In line, Skade said that “both Canada and Ontario have continued to express their commitment to reconciliation, truth and healing in our communities. We look forward to hearing whether they will continue to deliver on these commitments.”

According to a previous study by the Truth and Reconciliation Commission of Canada, more than 3,000 children died in these school facilities due to poor sanitary conditions as well as abuse by those responsible.